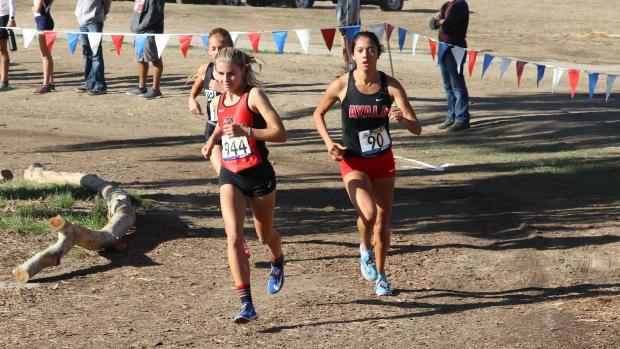 Ramirez's time over the mostly flat three-mile dirt layout of 17 minutes, 13.5 seconds was the fastest among 11 girls races across five divisions over two days. Her effort came in the second of three heats of Division 1.

Chittenden also put up the fastest boys time of the two-day championship-meet qualifier, running 15:02.3 to win Saturday's second Division 1 heat. Chittenden's time was the best of 12 heats over two days, including that of defending Division 3 champion Kevin Ramos of Rubidoux, who ran an easy 15:02.9 on Friday, a day where racing was affected by heavily gusting Santa Ana winds. 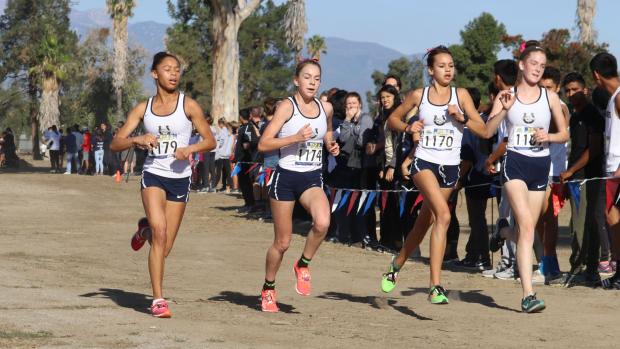 Ramirez had help in her running her fast time, overcoming an aggressive early pace of Chaparral senior Cynthia Martin. It was Martin who went out fast early before Ramirez pulled her in. The two were then close throughout the rest of the race with Martin placing second in 17:17.4, the No. 2 time of the meet. San Clemente junior Hana Catsimanes was third in 17:23.5 (pictured left of Ramirez above).

This was only the fifth race of the season for Ramirez, who was injured early in the season. She appears to be all the way back. She most recently won the Palomares League title and her 17:13 on Saturday on the Riverside layout is consistent with her previous best on that course: 17:13.80 for 8th place in the section final last year, and 17:13.40 in the section prelims as a sophomore. 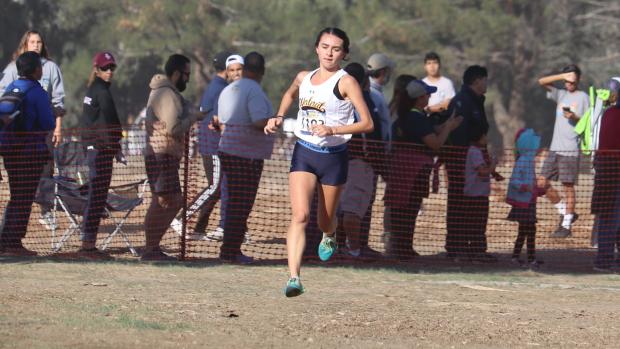 Walnut's Chloe Arriaga won Heat 1 in 17:19.4, the No. 3 time of the meet. The UC Davis-bound senior pushed the pace early and maintained the lead throughout despite a consistent challenge from Chino Hills sophomore Jacqueline Duarte (17:26.2). Chloe Arriaga is a two-time section champion who was second last year to Great Oak's Fatima Cortes.

Emma Arriaga was third in 17:38.0, as Walnut had the top team qualifying (second overall in the Division 1 merge).

Great Oak, the top-ranked girls team in the state and one of the nation's elites, ran its B team and still qualified second behind Walnut in the heat and third overall in the merge behind league rival Vista Murrieta. 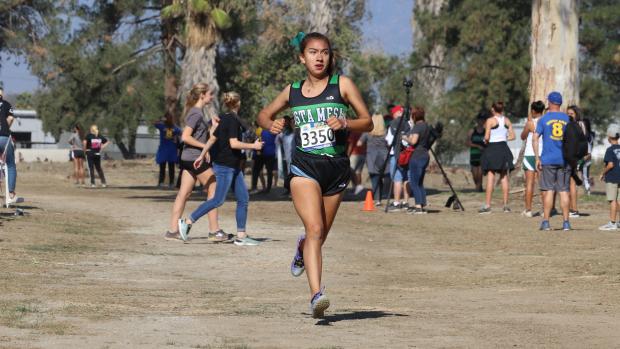 Costa Mesa junior Diane Molina was the class of a top-heavy Heat 1 field, winning in 17:26.1. She had plenty of talent pushing her: Stellar Harvard Westlake sisters, Natalia and Daniela Quintero, and -- AND -- super Mayfield sophomore Audrey Suarez, among others.

Note that Molina was the only junior winner among the 11 preliminary heats for girls.

In leading Harvard Westlake to the top team qualifying spot in the division, the Quintero sisters were in 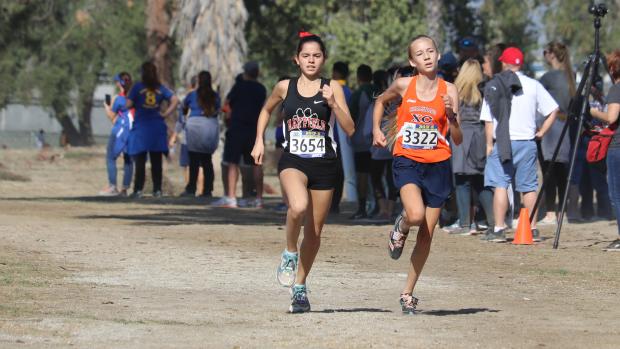 stride down the stretch, seemingly not so concerned with Molina in a qualifying exercise.  Suarez, a state 1600 meter medalist on the track as a freshman, needed to tap into her closing reserves at the end to fend off the unrelenting challenge of Chaminade freshman Maddie Gutshall. Suarez crossed just .01 in front in 18:15.9.

Senior Hannah Konkel (18:22.8) won Heat 2 and led Laguna Beach to the top team qualifying spot in the heat with JSerra just two points behind. Senior Nadia Tabrizi was second in the heat (18:27.5) in leading JSerra. 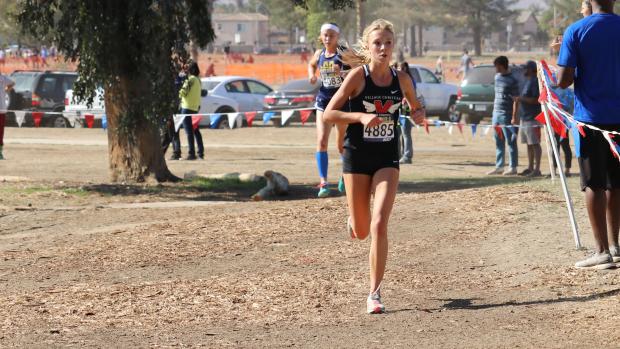 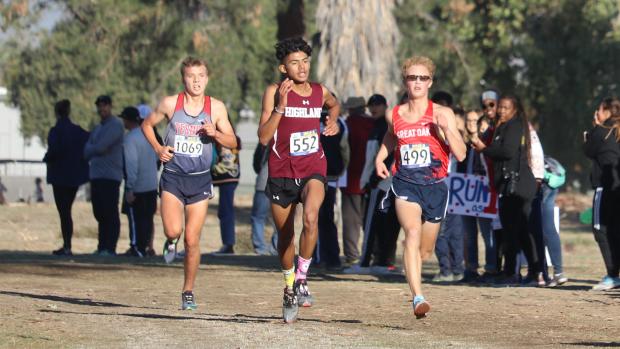 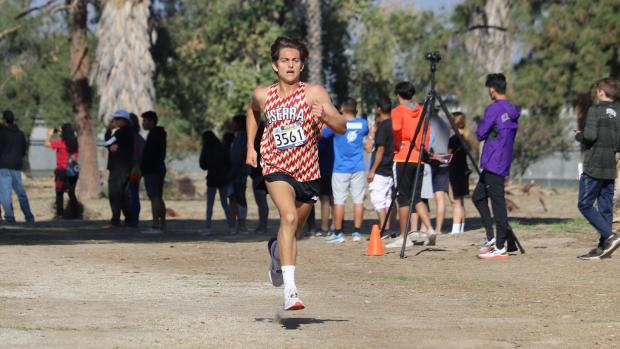 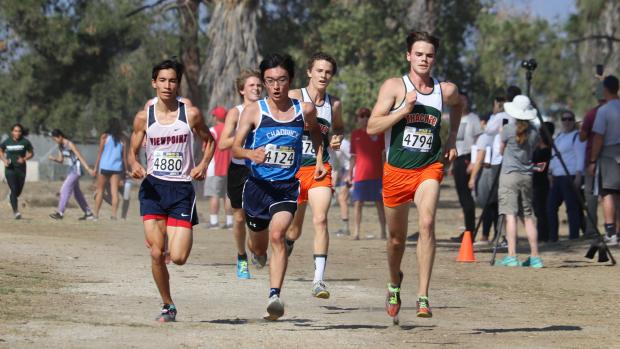 Defending division champion Thacher put up the top qualifying team total led by senior Ford Shaper (15:56.1) and junior Winslow Atkeson (15:58.2). Shaper was fifth in last year's final and is the top returning finisher from that race.