POMONA -- It's already right there in the school's name, but it sure is great to be a member of Temecula's Great Oak boys and girls cross country program.

"This was so much fun," said Great Oak head coach Tammy Draughon (pronounced as drawn) to various supporters, including parents, runners, coaches and anyone else gathered for the team photo celebration near the starting line area of the Cool Breeze Invitational at the Pomona Fairplex late Saturday night.

It's early September, but the Cool Breeze meet, which moved from the Rose Bowl area in Pasadena, is a good early-season measuring stick to see where your team is following the summer foundation build. For Draughon, a second-year coach, it was joyful to see her varsity athletes put together such a consistent, dominating performance in four top races. 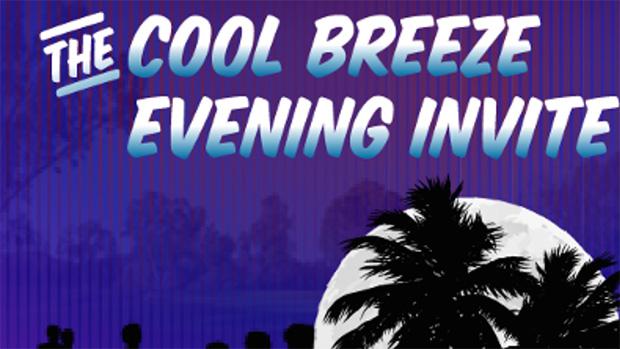 "We worked really hard on our goals. We've been training since the middle of July, so for us, this says we're doing the right thing. It doesn't mean we're finished, it just means we're going in the right direction," she explains.

Great Oak, whose varsity teams were CIF Southern Section Division I runners-up and the boys CIF-State runners-up in 2021, captured both "Sundown Showdown" evening main events and had a dominant sweep of the combined Division 1-2 races. All four were three-mile races.

"I was especially proud of our Sundown girls," Draughon said. "They were in second place as they came through the first (1.5-mile) loop. They knew they had to pull it up and they did so as a team. That says so much about their training and them as a group of girls."

"That was the best part," Draughon said of the effective pack running for the Wolfpack. "They were working together as a pack, as a team, a unit."

Beyond Great Oak's sterling performances, the other varsity competitions -- a combined boys Division 3-4-5 race and the girls' combined Division 3-4-5 race, Moorpark won the boys team title with 46 points and St. Lucy's won a competitive girls race with 102 points, with only 13 points separating them among the top four teams (St. Margaret's Episcopal 111, Yorba Linda 113, and Ridgecrest Burroughs 115).

Individually, the top runners in the varsity race were paced by the course-record and 10-second personal best time of 14:36.8 by Palmdale Highland senior Matthew Donis in the boys' Sundown Showdown. He was one of six runners to finish with a sub-15 time, but the distance between him and runner-up Emmanuel Hernandez of Cathedral (SS) was just under 14 seconds.

Donis, who credits high mileage summer training to set him up for early success, had only a few runners with him at the mile mark. "No one really pushed me," he said. "I was confident in my training and I felt I'd be a contender for the win. I was able to go out here and do that."

The record-setting mark also drew some nostalgia for Donis, who recalled that the Cool Breeze event was his first cross country race as a freshman when he recorded an 18:45 time on the Rose Bowl course.

"(This victory) means a lot because I started my cross-county journey in this meet and to run it four minutes faster than I did back then is nice," he explains.

Other individual varsity race winners were Rylee Blade of Santiago Corona in the Sundown Showdown girls race in 17:13.5; Newbury Park freshman Sophia Grant won the girls' Division 1-2 race in 18:28.1; Alexandro Vielma of La Habra Sonora won the boys' Division 3-4-5 title in 15:28.7; and Arielle McKenzie of Calabasas won the girls' Division 3-4-5 title in 18:09. It was the first race for McKenzie at Calabasas after her summer transfer from La Canada.

The lower-level gender races, all of which were shortened to 1.5 miles due to the sweltering Southern California heatwave that forced meet organizers to consolidate races and push back the entire meet's start time to 7 p.m., were dominated by Orange County's Tesoro.

Individual title winners in the lower-level races were Nicole Samson, a freshman from The Webb Schools, in the girls JV race in 9:19.3; Junior Abreham McGrath of Agoura captured the boys' JV race in 7:52.1; Tesoro's Lily Garcia won the girls' sophomore race in 9:27.3; Dustin Widrig of Claremont won the boys' sophomore race in 7:50.8; Amber Dazey of Tesoro earned the girls' freshman title in 9:07.2; and Lewis Argueta of Hesperia won the boys freshman title in 7:49.1.

What Was The Top Performance at Cool Breeze?