Note: This post was updated 11/22 at 4:30 pm to reflect Oakland Section teams now in Division II. 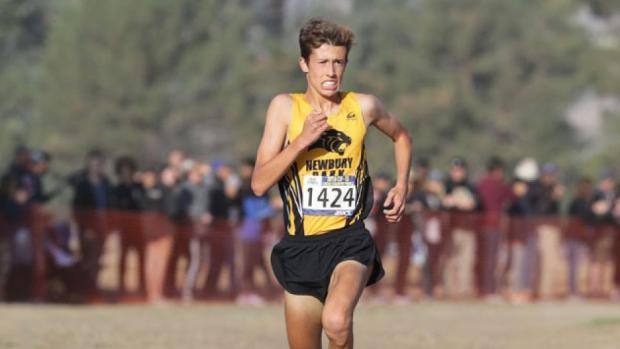 In limited competition, we've seen Newbury Park junior Nico Young crush the field at Woodbridge (running 14:01.10!), win the Southern Section title (by 11 seconds), and battle California's elites for a third-place finish at Clovis. In that latter race, on the 5K Woodward Park course used for the State Championships, Young was one second behind Great Oak's Tyler Tickner for second and 8.04 seconds faster than fifth-place Anthony Grover, the defending state D-IV champion. Defending state D-III champion Liam Anderson won that race by more than 10 seconds. Tickner and fourth finisher, Simon Fuller of Dana Hills, both compete in D-I.  Young's time there among CA's elite was 15:09.40. It was his only 5K of the season but it's No. 1 in the state for Division II. La Costa Canyon senior Jacob Stanford is No. 2 (15:10.90). With LCC looming as an expected challenger in the team race, the BYU-bound Stanford is not to be overlooked in the front, where it figures to be crowded for a good portion of the race with the likes of Thousand Oaks junior Michael Mireles, LCC junior Caleb Niednagel, De La Salle senior Connor Livingston, and St. Francis Mountain View senior Colton Colonna among those jockeying for position while gauging their winning move. Oh, and least we forget Young's direct competition in the Southern Section: Arroyo senior Noah Hibbard (second to Young), Canyon Country Canyon senior Ethan Danforth (runner-up to graduated Elias Opsahl, the 2017 champion), Newbury Park junior Jace Aschbrenner (fourth at the SS finals between Danforth and Mireles), Newport Harbor senior Alexis Garcia (fifth at State last year and the No. 2 returner behind Danforth), and Loyola senior Mason Ratkovich. Like we said, crowded at the front. 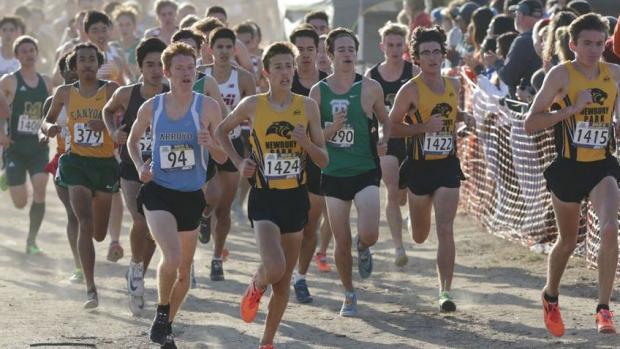 How deep is the boys field here? Consider that Claremont, Newbury Park and La Costa Canyon are all nationally ranked and St. Francis Mountain View and Loyola were either on the national list or just on the cusp at one point during the season. Regardless of prognostications, this field is LOADED!! St. Francis is the defending champions. Newbury Park just pulled off an impressive victory in winning the Southern Section title. La Costa Canyon, jumping up from D-III, is extremely talented up front. Loyola with its interchangable lineup -- with six state titles since 2002, most recently in 2015 -- seems primed for a breakout. And Claremont, the 2016 champions, are a 39-point winner over La Costa Canyon in a virtual meet over 5K. Others pushing for top 10 spots should include Thousand Oaks, Granada, El Toro, and Simi Valley. Note that 2017 runner-up Dublin is now in Division I.