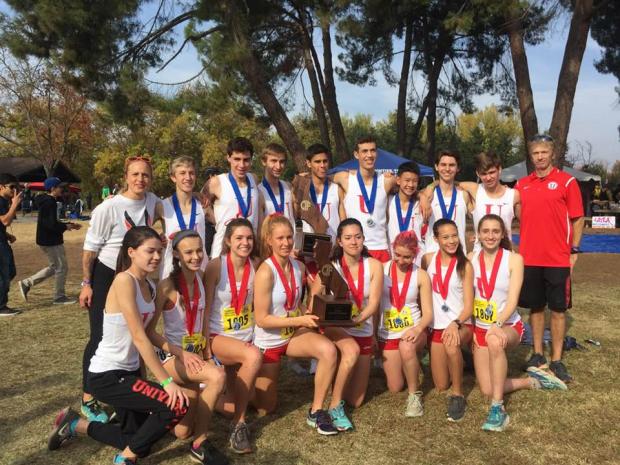 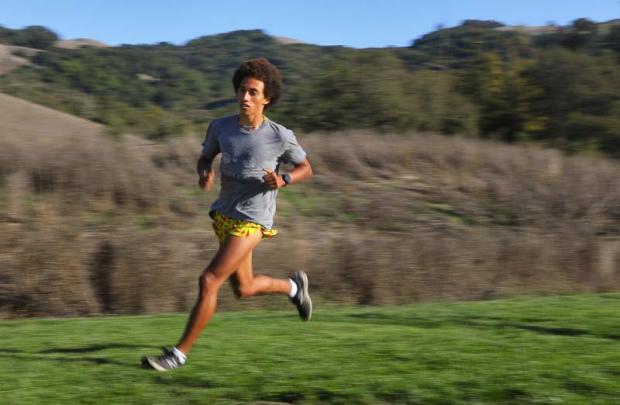 The favorite to win the individual title will be Sonoma Academy senior, Andre Williams. He finished in 15th place as a sophomore as a Kelseyville student and improved to 3rd place last season at his new school. He won the Stanford Invitational Division V race this season and was an impressive 2nd behind Liam Anderson at the Mariner Invitational. He was unable to race at his section final but will be ready to go this Saturday. The top runner out of the Southern Section will be section champion, Jackson Adelman of St. Margaret's. Caleb Dittmar of Nueva won the Central Coast Section meet and won the small school division race at the Clovis Invitational. Jacob Lehmann-Duke won the BCL East race ahead of a strong Head-Royce pack and has been one of the most consistent runners in this division.

The road to the state final is a tough one for many teams. Last year's state team champion, University (above after 2017 state meet) looked to be the favorite to repeat this year but they may be racing at the state meet without their top two runners. The St. Margaret's boys have been highly ranked all season and surged to the SS team title last weekend. They will be favored to win the team title on Saturday. Chasing St. Margaret's once again will be Flintridge Prep and Thacher, the second and third place finishers at the SS final. The Lick-Wilmerding boys finished in third place at last year's state meet and won the BCL West league title over University. Head-Royce won the BCL East title and were tightly packed which bodes well for them at the state meet. The winning team should be one of those teams.