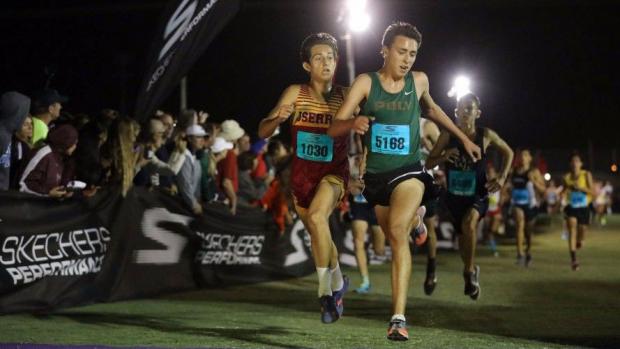 Ranked #2 in the nation in our Milesplit Boys' Team National Rankings, Great Oak looks to defend the Sweepstakes team title from a year ago.  The Wolfpack were also Sweeps champions in 2014 and 2015 with a 3rd place finish in 2016.  Their greatest challenge will come from the 17th ranked Central Valley of Spokane, WA.  While Great Oak finished 6th at NXN in 2017, Central Valley was 13th.  Ranked #24, Dublin will make the trip from Northern California to take on these two national powerhouses.

Several other top squads include Siegel of Tennessee, Airline of Louisiana, along with Eastwood and Southlake Carroll from Texas.  Among the best in California: Newbury Park, Long Beach Poly and Thousand Oaks.

In that same Sweeps race, it is riddled with individual talent.  Coming off his 14:48 effort on the tough Laguna Hills XC course last weekend, and 3rd last year with a 14:03, Rubidoux's Kevin Ramos makes the short trip over to hold off some great talent. Ramos qualified to NXN as an individual last year while ranked 14th in the nation, we suspect him to move up into the top 10 soon enough.  Caleb Easton travels out from Wisconsin as his squad was 16th at last year's NXN while he is coming off a 4:12 track season.  Fellow 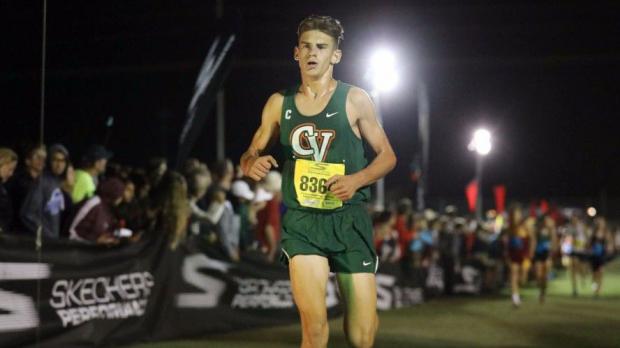 Badger, junior David Vannucchi was Wisconsin's Div. 3 state champ in cross country and, with a a 9:17 best in the 3200, will look to keep pace with Ramos.  Finally, Rylan Stubbs (pictured) comes over from Campo Verde in Gilbert, AZ after running a 14:24 a year ago.

Some of California's best will also look to push Ramos down below that 14-minute threshold.  Ivan Mendez of Monache in Porterville, ran 14:20 here a year ago while also qualifying for the California state meet in the 3200.  Long Beach Poly's William Frankenfeld is coming off a 9:09 track season is the fourth fastest returner from a year ago with a 14:27 time.  Stockdale's Marcus Mota (9:04 in track) motored to a 14:29 while JSerra junior Anthony Grover ran 14:27 here a year ago and is coming off a solid performance at Laguna Hills last week.  Newbury Park's Nico Young improved as much as anybody this past track season (9:05) and will be joined by his teammates, Ethan Ronk and Jace Aschbrenner.  Newport Harbor's Alexis Garcia, West Ranch's Isaiah Seidman and Ayala's Andrew Martinez will also be competing among the top 10.  Great Oak will look to put all of their scorers in the top 50, while junior Gabriel Abbes rolled to a 14:32 here a year ago.  Ryan Shields ran a 14:44 while Tyler Tickner will also be up there with his teammates.