This Saturday is the 22nd annual De La Salle/Carondelet Nike Invitational at Newhall Park in Concord. This year's meet features 45 teams from 5 of the state's 10 sections, and it looks to be one of the most competitive meets in recent years.

On the girls' side, you can expect some great individual performances as well as a tight team battle. For the individuals, the girl everyone will be watching is Fiona O'Keeffe of Davis High School (photo above courtesy of Chris Saur and Davis Enterprise). Winning in 17:05 last year, O'Keefe could make a run at the course record of 16:46, set by Julia Stamps of Santa Rosa back in 1996 when the NCS section championship was held on the course. Also in the mix is Megan McCandless of Granada. Last Saturday she tied the course record at the Ed Sias Invitational, and is looking to carry that momentum over into this weekend. For the CC history buffs out there, the Ed Sias meet record was set by Kristen Gordon of Carondelet, who beat Julia Stamps for a Foot Locker National Championship in 1995. Another girl who will likely be in the mix is Brooke Starn of Monte Vista, who finished third last year behind the O'Keefe and McCandless. 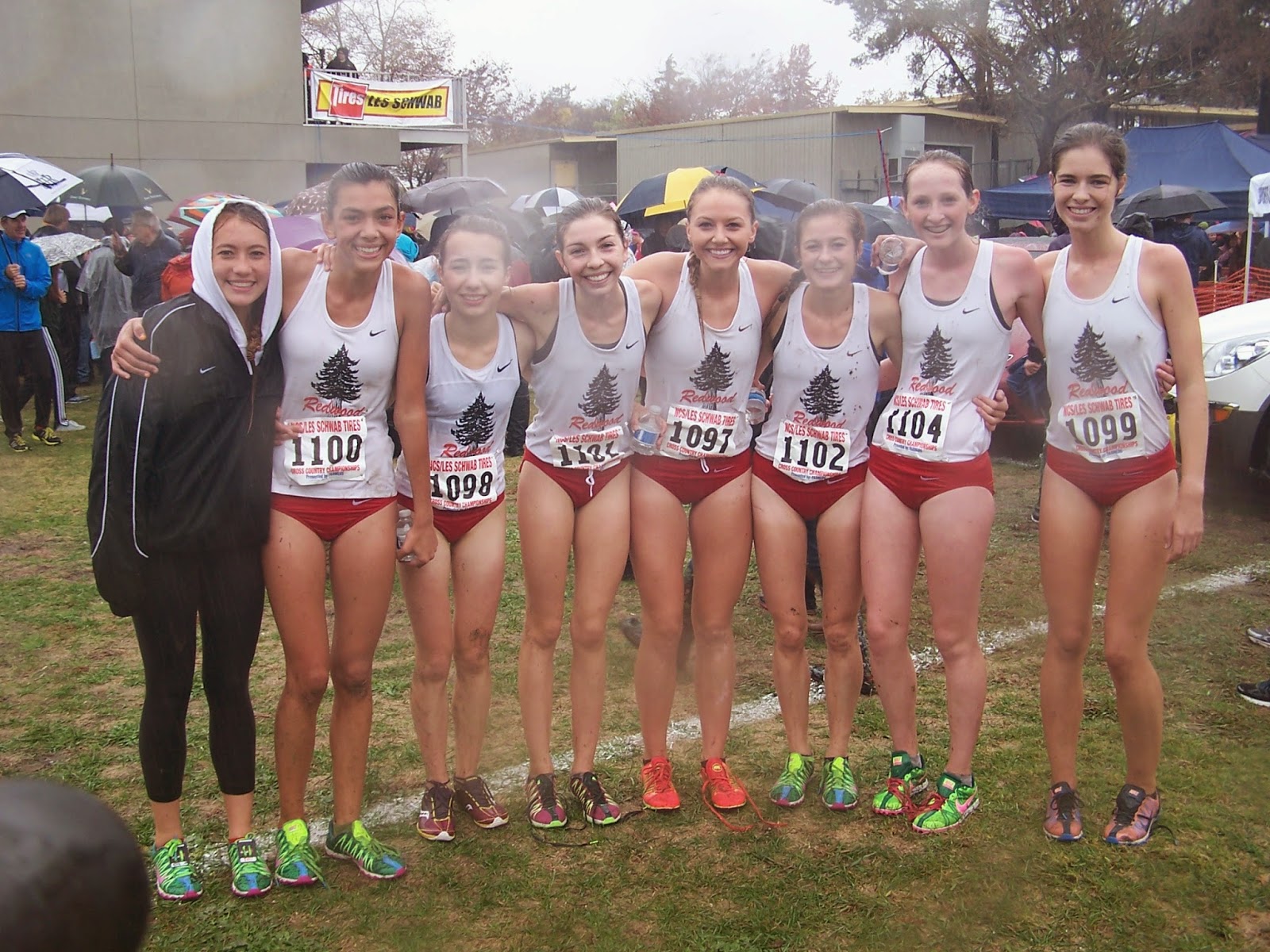 The teams to watch on the girls' side are probably Redwood and Davis. St. Francis, Sacramento, ranked in the top 10 in the state in their division, could be in the mix as well. The Davis girls took the win last year by 35 points over St. Francis, putting all their top 5 runners in the first 30 finishers. In addition, they dominated the Jesuit/Davis Jamboree last week so they look to be in good form. The Redwood team, defending NCS champions and 6th place finishers at the state championship last year, will also be out for the win. They graduated only one runner from that team and should be very strong.

The boys individual match-ups look to be just as competitive and perhaps more unpredictable than the girls' race. Michael Vernau of Davis (photo above courtesy of Beth McManis) might be the number one favorite after his victory at the Jesuit/Davis Jamboree last weekend. The fastest returner from last year will be Sean Kurdy of Jesuit. However, Kurdy was only Jesuit's 4th man last Saturday. Also looking to run well will be Nick Downs from Bishop O'Dowd who narrowly missed taking the top time last week at the Ed Sias Invitational. There will undoubtedly be some surprises in the wide-open boys varsity race with teams coming from as far away as the Central and Southern Sections.

On the boys' team side, Jesuit looks to be the overwhelming favorite going into the race. They ran to an easy victory last week at the Jesuit/Davis Jamboree (video above thanks to Jesuit coach, Walt Lange), and they are the defending champions from last year, when they beat Los Gatos by 14 points. The Jesuit Marauders return all five runners from last year's team and look to make a statement on Saturday. The Monte Vista Mustangs have been easy winners the last two weekends in local races at the Monte Vista Invitational and Ed Sias Invitational. As they hit the 3-mile distance for the first time this season, the MV Mustangs will be looking forward to testing the Jesuit team for any weaknesses. Another team to watch will be Long Beach Poly, making the trip up north from the powerhouse Southern Section.