6/30, 8:30 pm: Updated with additional former CIF athletes who competed at the Trials.

More than two dozen former CIF athletes qualified for and participated in the U.S. Olympic Track and Field Trials that concluded Sunday in Eugene, Oregon. Here's a closer look at those who earned a trip to Tokyo later this summer and Golden Staters who gave it their best shot. While at Norco HS (SS), Anderson won CIF-State Meet titles in the 400m and 300-meter hurdles, a difficult single-meet double that she accomplished in 2017. Her only loss in the long hurdles that year was the Sydney McLaughlin at Arcadia. Anderson has been selected for the relay pool. This is Anderson's first Olympics.

As a high school athlete in 2008, Benard won the triple jump at the CIF-Southern Section Division 1 finals with a mark of 49-6.00. The now-Chula Vista Elite athlete qualified for his second Olympic Games by placing third in the triple jump with a best of 55-9.75. Benard hit his best jump on his sixth and final attempt but actually secured the third and final spot on the team with his penultimate jump of 55-3. He also made the U.S. team for the 2016 Rio Games, placing 16th in qualifying (54-3.50). 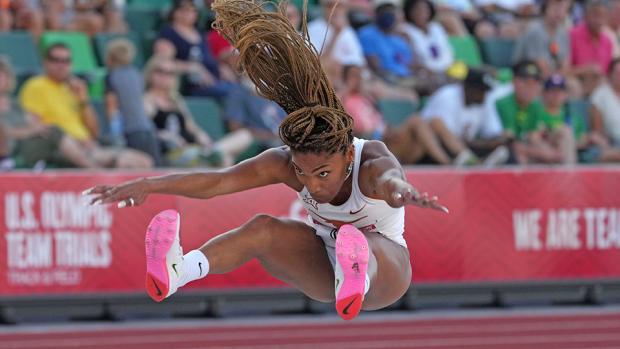 McCoy won the CIF-State Meet title in the high jump in 2011 and in 2013 -- where she cleared 6-0.75. McCoy cleared 6-4 at the Trials and placed fourth based on misses but she has the Olympic standard that the third-place finisher does not. In 2016, McCoy had the Olympic standard but placed ninth at the trials. 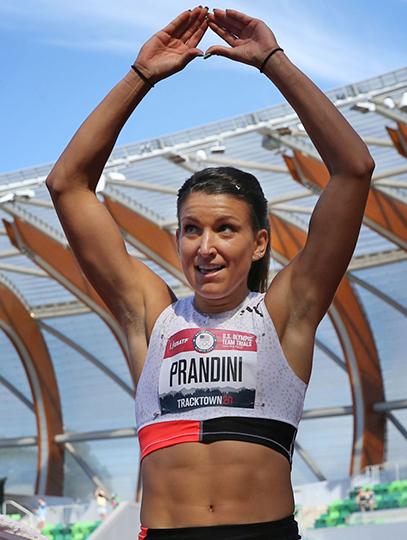 Other Former CIF Athletes Who Competed ...

Ashley placed fifth in the discus throw 193-11, missing making the U.S. team for a second consecutive Olympic Games. She made the team in 2016 but did not record a mark at the Rio Games.

While at the Santa Rosa high school, the athlete known as Sara Bei won four CIF-State cross country division titles, two in D-III and two in D-II. At the Trials, she placed sixth in the 10,000 meters in 31:54.50. Won the CIF-State cross country title in Division IV in 2011 before going on to become a seven-time All-American at Stanford. At the Trials, she placed 13th in the 5K final (16:02.92). 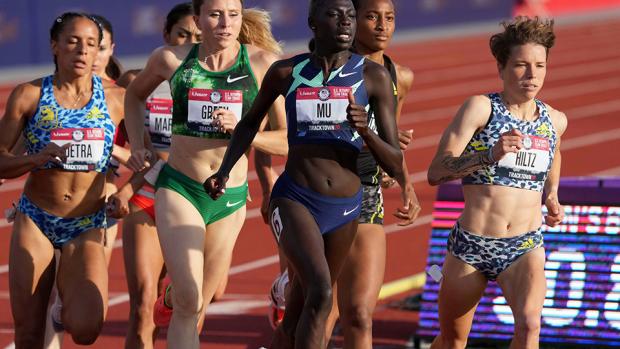 Martinez is a 2005 graduate of Rancho Cucamonga HS and CIF-State Meet qualifier in the 1600m went on to UC Riverside where she was a three-time All-Amercian and placed second at the 2009 NCAA Championships in the 1500m. Martinez has represented the U.S. at the World Championships three times and also competed for Team USA at the 2016 Olympics. At the Rio Games, Martinez competed in the 1500m, reaching the semifinals where she ran 4:10.41. At the Trials, competing in the 800m, she placed 23rd in qualifying in 2:02.72. As a senior at Rancho Verde, Samuel helped lead his team to the CIF-State Meet title in 2018, scoring in both hurdles and helping both relay teams, including anchoring the winning 4x400m team to a win that secured the team crown. The USC senior recently placed third in the 400m hurdles (48.68 PB) at the NCAA Championships. At the Trials, he placed seventh in the final (49.27). He ran 49.01 for third in the semifinals. Sommers, a 2021 high school graduate and the girls' national record holder in the pole vault with a best of 14-9, did not clear the opening height of 14-1.25 in the first round of the trials. The Duke-bound prep star then flew back to SoCal and won the competition at the CA State Championships.

In high school, Strange was a two-time CIF-State Meet finalist in the triple jump, placing sixth as a senior (48-0.25) before heading off on a collegiate odyssey that would take him to Sacramento State, Purdue, and then Kansas State. At the Trials, he placed 11th in the triple jump 50-04.75. Young won the 3200m at the 2019 CIF-State Track and Field Meet and was a two-time champion in cross country, leading the Panthers to CIF-State and Team National titles as a senior in 2019 while being the only boy to ever win both the cross country and track and field national award by Gatorade. At Northern Arizona University, Young helped lead his team to the NCAA title. At the Trials, he wrapped up his college freshman season by placing ninth in the 5000m final (13:35.94).