The MileSplit California 2019 All-State Senior Boys Cross Country first team is based on finish at the State Meet within the class. Additionally, results at section divisional finals and other top performances are considered for second team and honorable mention placement and inclusion. All athletes placing between eighth and 30th within the class at the State Meet are included. Jace paired with Nico Young to make up the fastest senior duo in the country while helping Newbury Park to section, state and NXN team titles. He placed second to his teammate in both the Southern Section D2 and CIF-State D-II races. His time of 14:53.70 at State was No. 3 overall on the course that day and ranked as the third fastest ever in the D-II race at State. He also posted the No. 2 time at Woodbridge (14:04.80) and the No. 4 overall time at Clovis (15:03.50). He ran 14:23.2 for second in the Southern Section final, a time under the previous Riverside City Course record. At NXN, he was 18th overall and third among scoring runners (15:29.1) as Newbury Park edged Great Oak for the title. Carrick placed third in the Division II race at the State Meet while leading Dana Hills to a runner-up finish and an a berth on the line at NXN. His time at State of 14:59.90 was third in the D-II race behind Nico Young and Jace Aschbrenner and was the fourth fastest overall on the course that day. It also ranked as the No. fourth fastest ever in the D-II race at State. Denker posted the No. 7 time in the class at the Southern Section Championships (14:48.6). He placed 43rd overall at NXN (15:45.8) as Dana Hills placed eighth. Anthony won the Division IV title at the State Meet for the third consecutive year. He is the only boy in California XC Championship history to win three consecutive D-IV titles and only the fourth ever to win three divisional titles. His winning time of 15:03.20 ranked seventh in the class for the meet and ranked fourth all-time for D-IV at State. Grover, who also won the Southern Section D4 title, placed 21st at NXN in 15:32.9 as the No. 4 boy from CA. Chris placed third in the Division I race at the State Meet. His time of 15:02.90 ranked sixth overall. He won the North Coast Section D-I title running 14:36.60 over the 3-mile Hayward HS course. He placed second to Matt Strangio at De La Salle by just 1.58 seconds as both boys ran under the meet record. His 14:18.70 PR at the Amanda Garcia Memorial Invitational ranks CA No. 1 for 3 miles among all boys in Division 1. 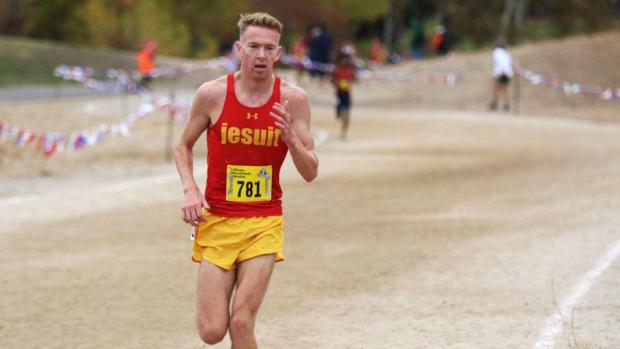 Matt won his second consecutive Division I title at the State Meet. His time of 14:43.50 ranked second overall at the meet and was a 21 second improvement on the 5K Woodward Park course year over year. Strangio won 11 races during the year including a third consecutive Sac-Joaquin Section D-I title, while also running course record times with PRs at De La Salle (14:42.26, 17 seconds under the previous course record) and Capital Cross (14:39.90, by 43 seconds). He ran third, despite an illness, at Clovis (14:49.10) while dipping under the course record. He placed fourth overall at NXN (15:08.80) a year after placing eighth. 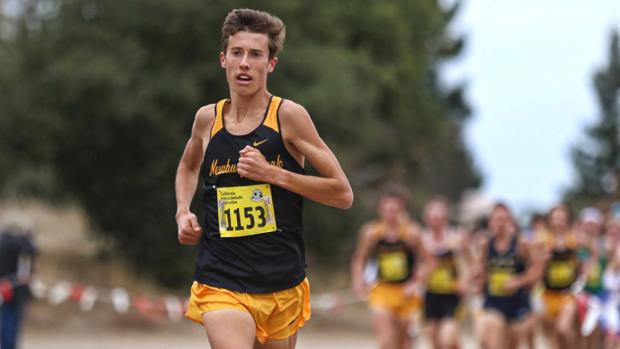 Nico concluded his unequalled high school cross country career by winning the title at Nike Cross Nationals. He also won a second consecutive Division II title at the State Meet, running 14:28.50, the second fastest time ever on the 5K course at Woodward Park in Fresno and the fastest ever in the Division II race. His season resume included a 3-mile national standard at Woodbridge (13:39.70), the previous No. 2 all-time clocking at Woodward Park in winning the Clovis Invitational (14:28.90), and a jaw-dropping romp to a second consecutive Southern Section Division 2 title where he broke his own record on the 3-mile Riverside City Course by 30.3 seconds running 13:54.1. He punctuated his season with a record (14:52.23) at the Glendoveer Golf Course 5K layout at NXN.