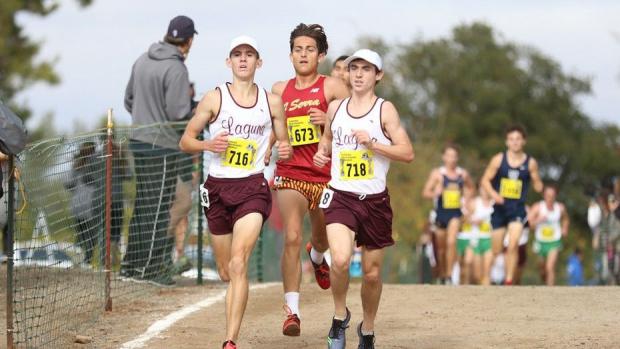 Unlike the drama that unfolded in Division III, the strong favorites to capture the Division IV title exceeded expectations and ran away from all competitors in 2018.  Laying low for much of the season, Laguna Beach quietly set the Woodward Park team course record for a Division 4 squad back in mid-October.   We had them ranked high in our overall Southern Section rankings, but that effort moved them up into the top eight (out of over 550 schools!).  They went on to crush the Division IV team time record on the Riverside Championship course in the 92-point romp of a division championship.  Ryan Smithers pulled the upset with the individual victory at the SS-Finals but most impressive was that five other Breakers finished 47 seconds off his winning effort!   Sebastian Fisher and Cal Nielson provided ample support while the crew also got a nice addition in Logan Brooks as he moved in from Florida.  Adorned with their white caps, dedicated in the tradition of Ryan Hulst, Laguna Beach finalized the season with their State Team Title a week later.

The Running Lions of JSerra earned the runner-up spot for the second time in three seasons.  For the 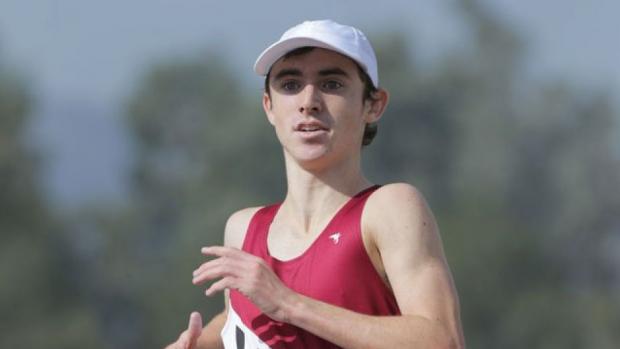 seventh straight season of earning a State Meet berth, Anthony Grover and Peter Herold headlined.  Grover fought off illness at the divisional finals to emerge as the Division 4 State Champion once again before qualifying for the Footlocker Nationals with a solid fourth-place performance at the Footlocker Western Regionals.

Despite graduating all but one from their State Meet squad of 2017, Foothill Technology rebounded for a third-place finish.  This was their fifth year in a row of qualifying for the State Meet with the last four finishing in the top three.  Henry Pick led the Dragons while sophomore brother, Oliver will take over that leadership role up front in 2019.

Ocean View and South Pasadena both moved into the division from Division III, where they were respectively seventh and eighth a year ago.  Kai Dettman led his South Pasadena crew to a fourth-place effort in 2018 to qualify for the State Meet for the first time in school history.  Meanwhile, Jason St. Pierre led his Ocean View squad to a second straight trip to Fresno with their sixth place finish.

Sandwiched in between those two at the SS-Finals were the defending team champions in Cathedral.  The Phantoms could not recapture that magic that also led them to the Division 4 State Title in 2017 but their fifth-place finish assured them a fifth consecutive trip to the State Meet.  Junior Tyriq Granillo led the way as the squad returns four scorers for the 2019 campaign.

Finally, after taking eighth place in 2017, Harvard Westlake captured that seventh spot and qualified for the State Meet for the eighth time in the past 11 seasons.  Andrew Shibuya led the way for his Wolverines.

Individually, defending champion Grover of JSerra suffered that setback at the divisional finals but moved on to another State Title and Footlocker Nationals berth.  Meanwhile, Laguna Beach's Smithers moved up to capture the title but also elevate himself amongst the elite in the Southern Section this season.  He just narrowly missed qualifying for the Footlocker Nationals as well.  JSerra's Herold was runner-up at Finals for the second year in a row.  Foothill Tech's Pick was third at Finals, putting behind his frustrating finals performance from 2017.