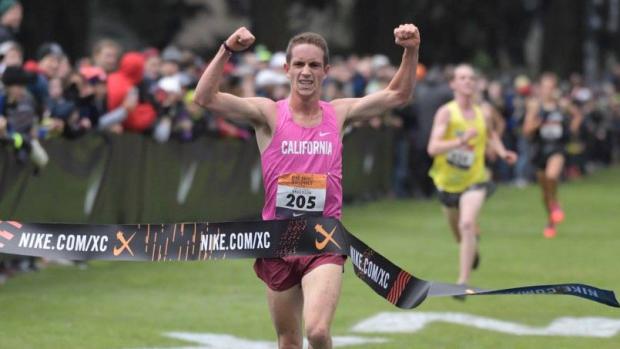 The perfect ending to a perfect season as Liam Anderson crossed first with the boys title at Nike Cross Nationals. (Kirby Lee/Image of Sport)
LIAM ANDERSON
Redwood/NC
Five races, five wins, capped with a course record en route to victory at Nike Cross Nationals. A brief season executed perfectly for Redwood senior Liam Anderson, the no-brainer choice for MileSplitCA 2018 Boys Cross Country Runner of the Year.
Anderson, who signed with Stanford, won a third consecutive North Coast Section title, followed that with a second consecutive CIF State Division III championship and then capped it off in Portland by winning at NXN.
It was a victory fueled by disappointment as a sophomore, where he placed 22nd, one spot short of All- 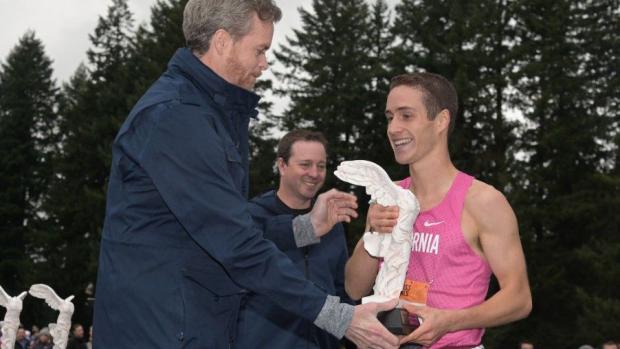 American status.
"For me, that was motivation," Anderson told MileSplit's Cory Mull after his December victory at NXN (in the interview linked above).
As a junior, Anderson placed third at NXN but that finish also fell short of the goal.
"I was really going for the win last year, too," he said. "I really just ran out of room coming up the last hill.
"That's haunted me a little bit the past year."
Coaches Laura Schmitt and her son Jake Schmitt devised a plan that would allow for more focus on training than competing with the objective of being the strongest over the final kilometer on the Glendoveer Golf Course in Portland on the first day of December. No races in August, just two each in October and November sent Anderson to Oregon as ready as he could possibly be.
"We think there's more benefit to getting that workout in and really pushing it week after week," Anderson explained at NXN. "So, I think that's a big reason I was able to perform as I did today."
He stayed with the front pack but was careful not to lead until they got within that final kilometer of the 5K challenge in a group of four.
"I felt good," Anderson said. "For me, that last K is really where I get to take control a little bit after sitting back the whole race.
"I was confident in my ability to out-kick them."
Anderson crossed in 14:57.60, 3.3 seconds ahead of Indiana's Cole Hocker (who the following week would win the Foot Locker National Championship race in San Diego), 5.1 seconds ahead of Cole Sprout (a previously undefeated junior from Colorado), and 7.1 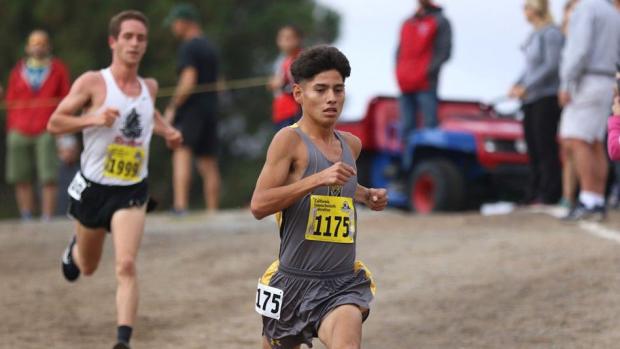 seconds ahead of Newbury Park's Nico Young (the CIF-State Division II champion).
Anderson's race story was similar at State, where in perfect conditions on the Woodward Park 5K course in Fresno, he was content to bide his time behind Rubidoux's Kevin Ramos until about 800 meters remained when he made his move and pulled away from the two-time Southern Section champion to win by 10.50 seconds.
Next up is the track and field season where Anderson is the defending state champion for 1600 meters.
Liam Anderson's 2018 XC Resume 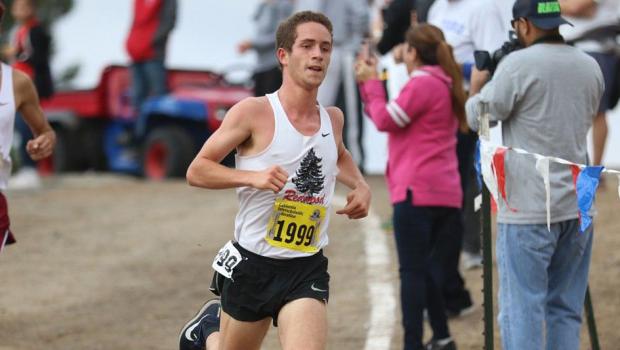