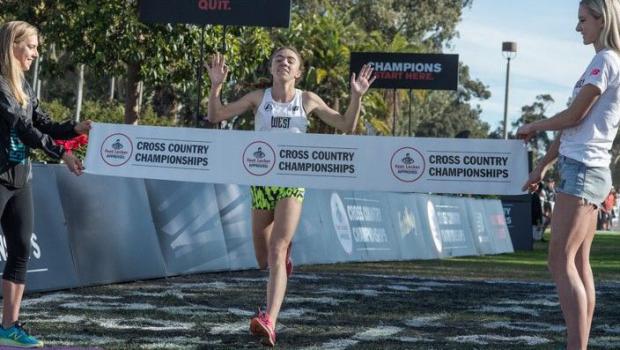 With the exception of the exceptional Claudia Lane, on the surface it appears that Foot Locker Nationals was not a great day for California competitors.

But in some cases, appearances are deceiving.

Results aside, all of the Golden State's athletes were grateful for the opportunity to compete at such a high level and get the star treatment that only the New Balance/Foot Locker organizers can pull off.

Swag, swanky Hotel del Coronado and celebrity aside, this was about a 5,000-meter race for a national championship.

Lane, the amazing energizer-bunny-like junior from Malibu, ran away from the girls field to capture her second consecutive FL National title. She did it while less than 100 percent because of a lingering illness and after being displaced from her home early in the week when wildfires in the region near her home northwest of Los Angeles made air quality unhealthful.

In the 5K race on the undulating Morley Field Course in San Diego, Lane quickly charged to the lead - as is her style - and attacked throughout, continuing to put distance between herself and the rest of the 40-runner field.

Lane was never challenged in winning a second-consecutive title but fell short of the course record, finishing in 17:03.40.

"I'm happy," Lane said immediately after the race. "It would have been cool to break 17 but there's always next year. I wasn't really feeling my best because I'm kind of sick but I'm just so happy to win again. It's just such an amazing opportunity to be able to race against these girls. I'm always grateful for it."

In her last two XC seasons, Lane is 8-0 in 5K races and 22-1 overall. Her only "loss" was the second race of her sophomore year when she placed second to eventual national champion Brie Oakley in the Girls Sweepstakes race at Woodbridge. She has finished first in her last 21 races.

Lane is 10-0 this season, running 10 consecutive weeks since Oct. 4, including a championship grind of the last five consecutive Saturdays, of which she set course records at the Riverside City Course (CIF-Southern Section Prelims on Nov. 11), Woodward Park (CIF-State Championships, Nov. 25), and Mt. San Antonio College (Foot Locker West Regional, Dec. 2, albeit on a renovated layout).

While Claudia did what Claudia does, the next highest finisher among California girls was Capistrano Valley's Alyssa Bautista, who was 21st. Bautista, a senior headed to UCLA, finished in 18:30.00. 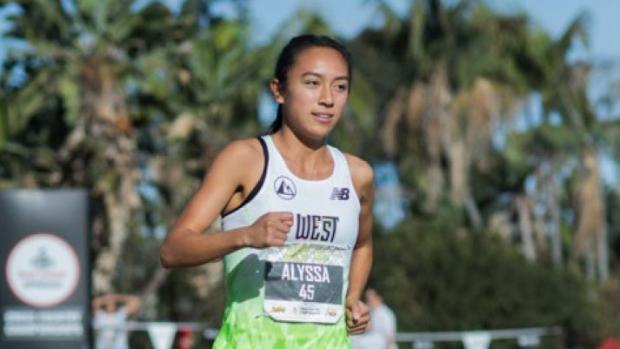 UCLA-bound Alyssa Bautista was the No. 2 finisher among girls from California. (Clark Kranz)

"The mile was really quick," Bautista said. "I was just trying to hang on until the two-mile where I was going to make my move. At the two-mile, I passed a lot of people and ended up finishing 21st. I'm happy with that.

"The time was OK. I wanted to get top-15 but I knew it was going to be a really loaded field. But I'm happy with anything. Just happy to make it."

Bautista was sixth in the CIF-SS D2 finals, fourth at CIF-State D2 and fifth at Foot Locker West.

She said the most difficult part of the course was the second loop and a second time up a hill on the east end of the course, just past the 1- and 2.5-mile markers on the 1.5-mile two-loop circuit.

"The first time, the hill was fine and I didn't think anything of it," Bautista said. "The second time it was pretty hard.

"I was expecting it but I didn't expect my legs to feel that bad." 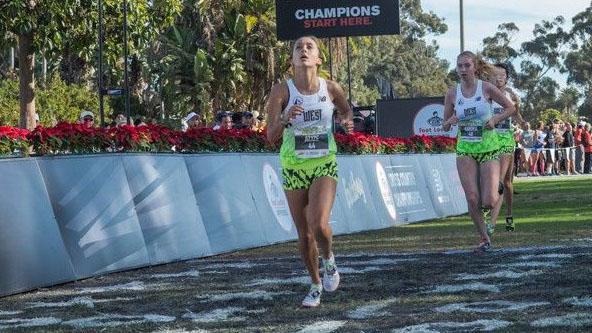 Hartke is the Sac-Joaquin Section champion in D2. She was fifth at CIF-State D2 and fourth at FL West Regionals.

"Coming into the last mile, I wasn't feeling so strong," Hartke said. "I was just kind of holding on, kicking to hold off the pack behind me. But I'm happy with how it went.

"The course walkthrough made the course seem not so scary. It wasn't bad compared to Mt. SAC and some of the courses I've ran. It was definitely at lot of fun. I like the hills and the change of elevation throughout the whole course but the second hill was a lot more than what I expected. I was definitely feeling it and just fighting with everything I had."

"I have been feeling weaker and weaker as the weeks have progressed, each race," she said. "Today was just hard. I had to leave it all out there and give what I had." 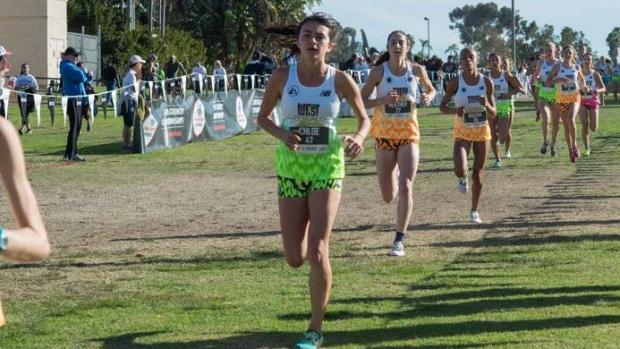 "It was really weird because no one felt like they were going to race this weekend," she said. "Because (the weather) is so nice and New Balance treats us so nice - giving us all of this special gear. Everyone is like: 'This is so fun.' And everyone is feeding off each other's vibes and energy. We're on the starting line and I'm still talking to my teammates and we're all joking around and we hadn't even realized it, the official said "Set" and we all ran up really quick.

Arriaga was second at the CIF-SS D1 final, eighth at CIF-State D1 and seventh at the regional.

"I wanted to be patient the first mile because I knew I'd get really excited and run out with Claudia like 'Yay! I'm here!' " she said. "But I'm happy with how I did because I got better than I thought I would." 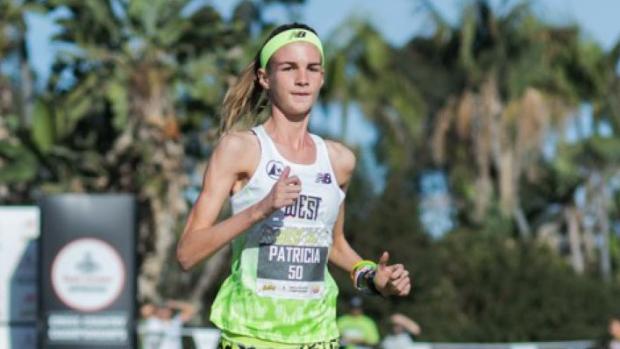 Patty Miessner made the Foot Locker National Championships as a sophomore. (Clark Kranz)

Miessner, a sophomore from Eastlake High in nearby Chula Vista, said she would learn from her experience.

"I was incredibly disappointed with my performance," she said hours after the race, reflecting at the Hotel del Coronado. "I didn't know what to expect going out but I was last for most of the race and I still didn't finish very well. But now I've come to realize I'm only a sophomore and my teammates have really helped demonstrate to me that I have more opportunities in the future. So, it was all right. I'm OK with it.