With the cancellation of the Stanford Invitational this year, many teams were left with an opening in their schedule in late September. Enter the Pacific Tiger Cross Country Invitational and although this is not a new meet, it does fill the void nicely for those teams looking for a fast cross country race on a golf course. Most of the teams competing are still from the Sac-Joaquin Section but you will also have a few contending teams outside of that section and even Galena from Nevada.

You can follow the results of the meet live at this LINK thanks to Red Cap Timing. You can also view a map of the varsity 5k course below.

The girls will toe the line for the second race of the early morning but this time, it will be the two largest divisions in the state. That race will take place at 9 am with 36 teams starting and some of the teams will be fielding less than a full varsity team. The strong favorite to win the meet will be San Ramon Valley out of the North Coast Section. They have a very talented and battle-tested group that will not be intimidated by the large field and competition. Chasing them will be Cosumnes Oaks out of the Sac-Joaquin Section and one of the best Division 2 teams in the Central Coast Section, St. Francis, Mountain View. The individual favorite will be Alize Hartke of Oakmont and she will be kept honest by Amanda Olla (San Ramon Valley), Unique Ford (Madera) and the rest of the San Ramon Valley pack, Molly Neach, Emma Tavella and Kate Tavella and Sierra Ransweiler.

The third race of the day will feature the Divisions III, IV and V varsity boys. Just like the girls' race earlier, the same two teams (Vista del Lago and Rio Americano) will battle for small school supremacy. The next team in contention will be Christian Brothers but they will need an inspired effort from their 5 scoring runners. Sacred Heart Cathedral, one of the schools from the tough WCAL league in CCS, will be looking to break into the top 3 and set themselves up for a state meet run later in the season. Other teams in contention will be Merced, Galena, Sierra and Crystal Springs Uplands School. The clear favorite for the individual title will be Menlo senior, Robert Miranda. He missed last cross country season with an injury but won the CCS 3200m race and had a winning effort in his first race this season at the Lowell Invitational.

The last varsity race of the day will have two of the best teams in state in St. Francis, Mountain View and Willow Glen. Both schools reside in the Central Coast Section and are very familiar with each other. Last year at the CCS championship meet, St. Francis narrowly defeated Willow Glen by the 6th man tie-breaker. St. Francis appears to hold the upper hand this season but never count out the hard-charging Willow Glen boys. Bella Vista seems to be the third best team in the race and will be looking to stack up against those two teams with an eye toward the future in hopefully, Fresno, California. Those three teams should dominate the front part of the race with St. Francis led by Colton Colonna and Shyam Kumar, Willow Glen by Zach Walker and Bella Vista by Damian King. 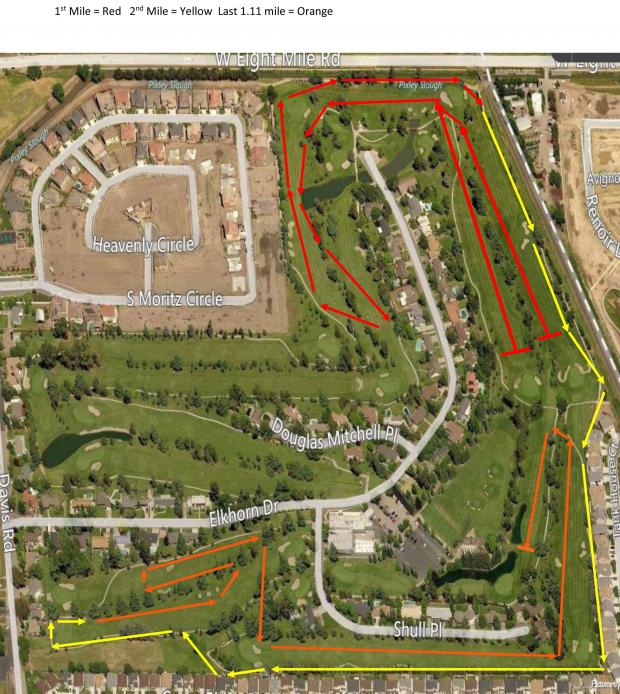