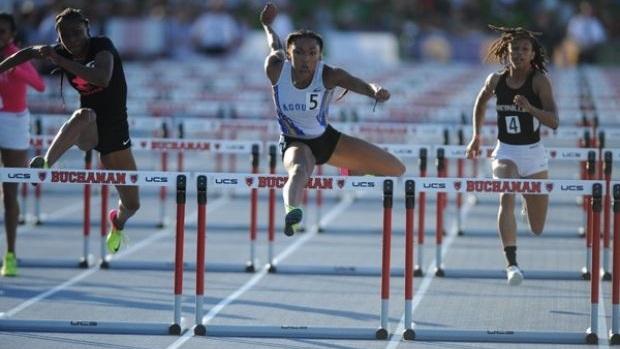 Sometimes, just making it to the state meet is enough. By the time athletes get to Clovis, they've been grinding through multiple levels of championship meets, and there may not be a lot of gas left in the tank. On top of that, most of the athletes that do survive all the way to the CIF State Championship have no choice but to put their maximum effort into the prelims on Friday, or else their season will end. As a result, the Saturday can sometimes be a little disappointing. There have been many Saturdays that provided us with just a few huge performances separated by numerous battles of attrition, where the winning performances are often well below season bests.

Every once in a while, though, a state meet not only delivers on its full promise, but actually exceeds everyone's expectations. Such was the case this past Saturday, when nearly every event was intensely competitive, with upsets all over the place and an unbelievable number of eye-opening marks. On the following slides you can find just a small sampling of what it was like on Day 2 of the greatest state meet in the country!