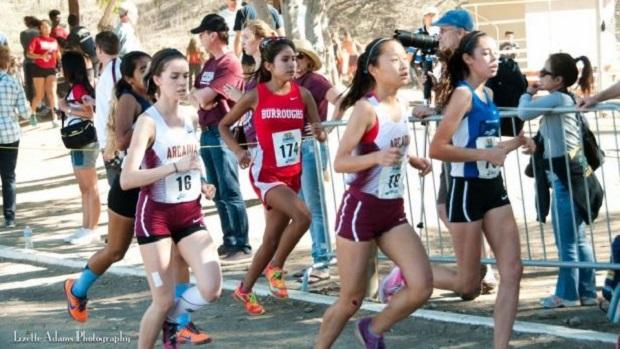 The Apaches return all seven runners from the 3rd-place team in Division 1 last year, including 4 girls that will just be juniors this season.

Arcadia finished 3rd in the 2015 Division 1 state championship race, and they return ALL SEVEN RUNNERS from that team, including 4 who were sophomores last year..  That's really the only thing you need to see to justify this placing, but there's plenty more evidence anyway.  The Apaches had the 2nd-best returning team 1600 score in the state this past spring, putting 4 under 5:10, and also had 4 runners under 11:10 in the 3200.  Track season also went a long way to easing my concern over Arcadia's depth after their daunting top 7, as the Apaches had 12 returners break 5:50 and 13 break 13:00.  This team is loaded with seniors and juniors, adding both win-now intensity and serious leadership, and their 3-year record of improvement is impressive.  The Apaches even peaked at the right time, having their best team race of the year at the state championship after overcoming an off-day at Southern Section Finals to still make it through.  Can Arcadia upset Great Oak?  That might be a stretch, but at least they're in the conversation.