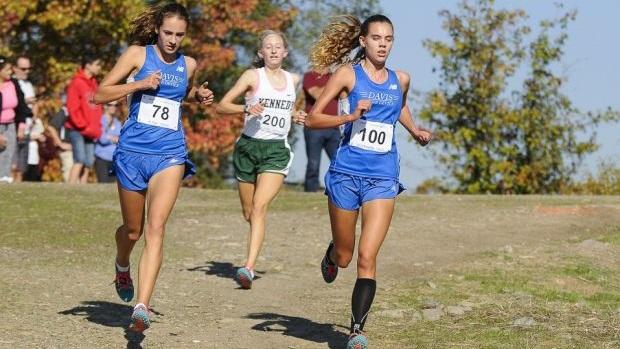 With 5 back from the NXN runner-up squad and a strong showing in the 1600 this past spring, the Blue Devils are on track for another great season.

The Davis girls finished the 2015 with back-to-back runner-up finishes: 2nd at the CIF State Meet, then 2nd at Nike Cross Nationals.  While they were led by departed superstar Fiona O'Keeffe, there was only one other senior on that team, which means the Blue Devils have 5 returners from a national-caliber squad.  The returning front four is particularly impressive, all under 18:20 with three below 18 minutes for full 5K last fall.  Davis had misleading track results; they were only 27th in the state in team 3200, but that appears to be largely due to a philosophy of focusing on the 1600, where the Blue Devils were 6th-best in the state.  Sofia Castiglioni was already a legitimate returning star, and during the spring Olivia O'Keeffe signaled that she is ready to join that club with a 4:48 for the 1600.  If Davis can shore up their depth - and a #2 ranking in the Improvement Rating says they certainly can - then this team is a podium threat once again.