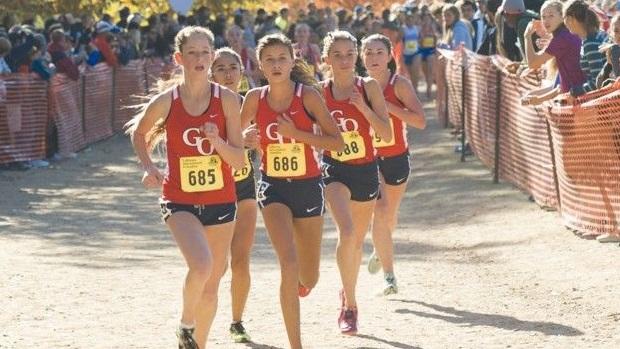 With 5 returners back from their 2015 state championship team that finished 3rd at NXN, the potential is there for the Wolfpack to be even better in 2016.

2015 was a bit of a weird season for the Great Oak girls.  After superstar Destiny Collins ran track late into the summer, she needed time during the fall to get into cross country shape.  During that early part of the season, Evelyn Mandel held down the #1 spot.  Mandel faded a bit later in the season, but Collins hit her stride at the right time to win the Division 1 race at the CIF state meet, and Nicole Rice stepped up late to help out.  Collins graduated, of course, but she was one of only two seniors in the top 7 for the Wolfpack, which means this team returns 5 of the top 22 girls from that state championship race.  Overall, Great Oak has 6 of the top 34 runners in the state rankings back!

Given that, can Great Oak be even better this year?  The team is loaded with at least 5 rising seniors in the expected top 7, which adds win-now intensity and strong leadership.  Team results from the spring season were otherworldly: 3 returning girls under 11 minutes, 7 under 11:30, and 14 under 12 minutes; two returning sub-5 milers, 7 under 5:10, and an astounding 17 that broke 5:30 in the spring.  Depth is not an issue, and the 2016 version of the Wolfpack will run in a tight pack, with more than one girl capable of leading the way on any given day.  Great Oak scored 119 points to edge Davis Senior in all-divisions merged results from the 2015 state meet, but if you eliminate all the seniors this team scores 61 - with the next closest competitor at 145.  It's possible that we could see a historic level of domination from the Wolfpack this year, and this girls squad should be considered a contender for the national title again.