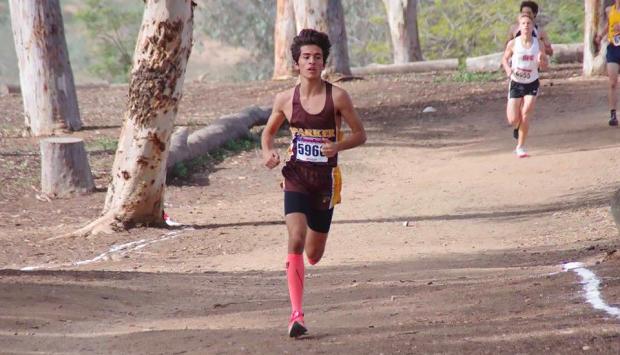 Francis Parker senior Kenan Pala is undefeated this season including a course-record run at the San Diego Section Championships as well as a near-record at the Mt. SAC Invitational. (Phil Grooms photo)

Viewpoint (SS) boys won its first State team XC championship, finishing ahead of St. Margaret's (SS) and Francis Parker (SD). The race for third was a tight one as three teams finished within eight points.

St. Margaret's junior Jackson Adelman led the entire way to finish ahead of the field as 10 boys dipped under the 16-minute mark.

In the girls race, Lick-Wilmerding (NC) won a second straight team championship to finish ahead of league and city rival, SF University (NC). The St. Margaret's team placed third after leading at the mile.

Individually, St. Helena (NC) junior Harper McClain sprinted away from the field to finish with an impressive time of 17:13.4 that qualified her to race at the team national meet in Portland as an individual. Village Christian (SS) junior Mia Barnett placed second and then went on to win the Foot Locker West regional meet the following weekend.

INDIVIDUALS AND TEAMS TO WATCH 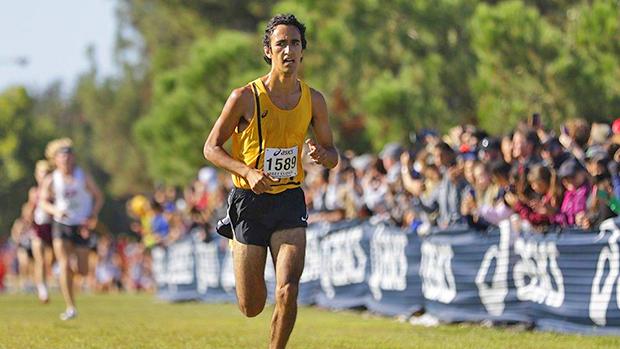 Division V has had its fair share of impressive individuals and teams through the years. This year is certainly one of those years that features some great individuals as well as several strong teams that will contend for the team championship.

Individually the pre-meet favorite is Francis Parker senior, Kenan Pala. In 2019, Pala finished a very competitive 4th place as a sophomore harrier. This fall, Pala has raced 10 times and has recorded 10 victories. He will be the favorite over another stellar runner, Lick-Wilmerding senior Alex Mader (pictured). He has been equally as impressive this fall with multiple victories as well as a 7th place finish in the Championship race at the Clovis Invitational. In the team race, three teams seem to have the edge over the competition. Santa Fe Christian has been the top-ranked team in this division but league and section rival Francis Parker has been one step better in their last two races. From the North Coast Section, the Lick-Wilmerding boys have been the best team and may get the nod here as they are led by one of the top individuals and may have the most depth of any team in this division.

Central Coast Section teams Crystal Springs Uplands School and Nueva and Southern Section champion Providence appear to be the next three best teams followed by the University boys out of the North Coast Section. The Lick-Wilmerding girls have won the last two state team titles and appear poised to claim their third straight. They have dominated their Division V competition in the BCL which includes the second best team in the state, University. At the North Coast Section final, Lick-Wilmerding claimed the team victory but a patient University team made it uncomfortable for the Tigers as the Red Devils paced their way to a solid runner-up finish.

From the Central Coast Section, Nueva won the team title over a front-loaded Castilleja team. The placing may change in a much larger field but both teams seem poised to claim a podium finish.

From the Southern Section, Linfield Christian, led by section runner-up in senior Ryley Burns, was the team champion in front of St. Margaret's and Viewpoint. The College Prep girls were the third best team at the North Coast Section meet but will need an inspired effort at the state meet to break into the top five.

Individually, the favorite to win is Viewpoint junior JiaLian Mackey (pictured). She has been the most impressive runner in this division including a 17:49 clocking at the Mt. SAC Invitational.

Her main competition should come from the Castilleja duo of Samira Kennedy and Perry McElhinney. Kennedy was the section champ while McElhinney was undefeated in league competition. Fellow WBAL runner, Kaiya Brooks of Crystal Springs Uplands School finished fourth at 2019 State Meet. The top returning runner from the 2019 race is Liesel Blau of St. Margaret's who finished just ahead of Brooks in third place.

Albert Caruana is a coach at Crystal Springs Uplands School and a regular contributor to MileSplitCA.