This past spring, the high school racing season came to an abrupt halt due to COVID 19. For many athletes, their motivation to continue to train waned as the spring transitioned closer to the summer. One athlete who definitely took advantage of this past spring was Amador Valley HS junior, John Lester. During the spring as well as early summer, Lester rolled to the fastest 800m time in the nation as well as one of the fastest mile times as he won the Independence Day Showdown at South Eugene HS on July 4th. Below, you can check out our interview with his coach Jason Oswalt. You can also check out Coach Oswalt's presentation that he made at the Humboldt Running Camp on the next page detailing Lester's training this past spring. 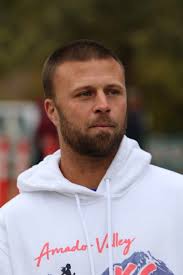 1) What were your own running experiences in high school and college? Highlights?
I spent my younger years in upstate New York playing team sports. I played soccer, basketball, and baseball with local leagues, and lots of sandlot football. I think from early on though, I knew that I would end up being a runner. No matter what sport we were playing, my asset was my speed and I used that and a good work ethic to cover up other deficiencies. I moved to Pleasanton before fifth grade and kept playing all of the sports. I started running the spring of my 8th-grade year because I was tired of hitting .200 and leading my baseball team in stolen bases. I had run a 5:58 mile in PE before I started training, which was a good start. With all that, I would have never guessed at that time how many cool things I would get to do in this sport. In 8th grade, we ran 4 days per week and never farther than 4 miles. I remember in my first day of training, I showed up to practice and we were doing a four-mile "long-run". We all went out for two miles behind the coach and then we ran back at the pace we wanted. I ran back trying to pace myself, but trying to get back first (not what I would recommend, but that was me). On the final stretch, I put my head down, ran as hard as I could, and passed the leader with a few steps left. Got it. The leader had been Elizabeth Lowry. She was in 5th grade at the time. I don't think she was running that hard. By the end of that season though I had run a 4:55 mile, so something worked. I was coached in 8th grade by Jim Poss. Then before I started high school at Amador Valley, he was hired as the coach there. 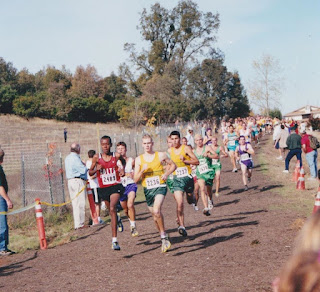 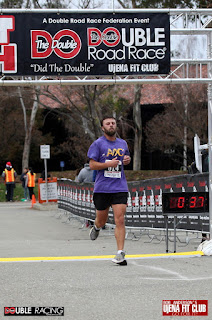 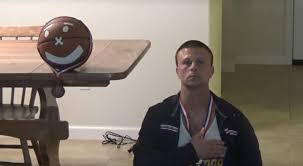 11) Of all the Corona Indoor Nationals episodes, which one was your personal favorite?
Ooohhh. I don't know. I liked shooting the gun in the house. That was the one I was worried I might actually get in trouble for. The thrill! I kind of regret throwing a hammer down my hallway, but not really. I think the fan favorite was the high jump. I think that we can all agree though, that race walk sucks, and so does Princeton.
What was the most taxing and any injuries during any of the episodes?
Running the mile was the most taxing for sure. It was slow, but it was really hard. When the whole thing started, in the first event I talked about a slight calf strain. That was real. And that mile made it much worse. Other than that, when I was testing out the high jump, I was trying to properly do a Fosbury flop. And I did, but the mattress wasn't thick enough and it really hurt. It took me a few minutes to walk that off, which was the reason for the head first attempts.
Will there be more Corona Indoor Nationals events?
No, we did closing ceremonies after the hammer throw. It was a fitting end. I hope everyone enjoyed it. 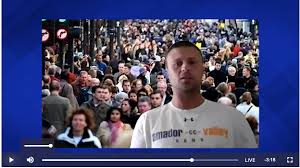 12) Anything else you would like to add.
I think part of the reason that you sent me these questions is because you want to get a better sense of what makes John so good. But you never asked that. First, John is good because he was born with some talent. You don't run 1:48 ever, much less as a 17 year old if you don't have some talent. But not everyone who can run 1:48, does. So the most important thing is that I'm his coach. Simple as that.
After that, John does everything. I give credit to all of these athletes who had their worlds turned upside down in March, but managed to stick to the task and not only stay in shape, but reach heights that they never have before. That's hard and the vast majority did not do that. So John is not alone in doing that, but he is in rare company.
John not only does the big things like coming to workouts ready to have good days, but he has taken on the challenge of doing all of the little monotonous things. John's mechanics are smooth, but not perfect. He's working on it. John completes his core work without cutting corners. He's serious about what he's doing in the weight room. He told me that the best thing about the shelter in place is that he's able to get more sleep. He's learned about how to properly fuel his body, by eating healthy foods. He has even figured out that on certain days, he needs to deviate from the plan and do a little bit less. Not because he's being lazy, but because that's what his body needs. John has made a decision that he wants to be fast and he has started to do the things that will make him fast now. He is not someone who is going to wait to get to college to start doing those things.
Alright Albert, after all this, I hope you don't regret asking.
Thank you very much for your time Oz! AJC
High School Boys' 1600m Varsity, Finals 21 Dublin Social Distance Fiesta #3 May 22, 2021
High School Boys' 1600m Varsity, Finals 1 Dublin Social Distance Fiesta #3 May 22, 2021
For The Record: Interviewing John Lester May 20, 2021
John Lester - Season-best 800m West Coast Relays May 03, 2021
West Coast Relays: John Lester 1:51.62 West Coast Relays May 02, 2021
John Lester Interview Dublin Social Distance Fiesta #2 Apr 25, 2021
Tweets by MileSplitCA