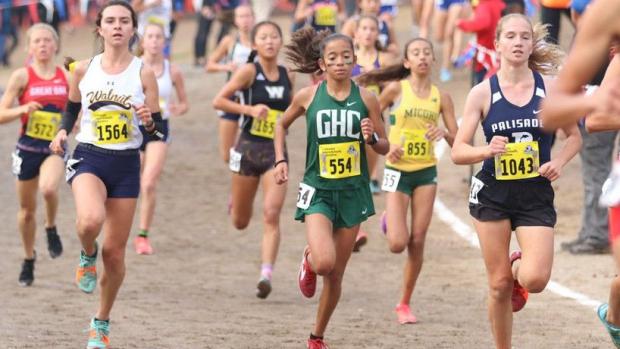 The 2018 cross country season in the Los Angeles City Section saw the emergence of a state-level talented freshman on the girls side, stellar senior competition on the boys side, and the section's expansion to a full five divisions for the first time which wasn't the only history made at the CIF-LACS Finals.

Granada Hills Charter freshman Sofia Abrego broke out with a race win at Woodbridge and continued to impress throughout the fall.

Sean Larbaoui (Granada Hills Charter) and Bruno Amon-Franceschi (Marshall) proved to be the best of the section's senior boys with Larbaoui leading GHC to the D-I team title and a mid-pack placing at the CIF-State Championships at Woodward Park in Fresno.

As for the history at the section final, let's first take a step back. The LA City Section boys team championships date to 1944. Girls began competing in 1977. The section competed in just one division through 2005, two divisions through 2012, three divisions (I-II-V) through 2015 and four (I-II-III-V) through last school year.

When Larbaoui led Granada Hills to the team title, a narrow victory over an El Camino Real program that had won the D-I championship the previous two years, it was the program's first title since 1976. 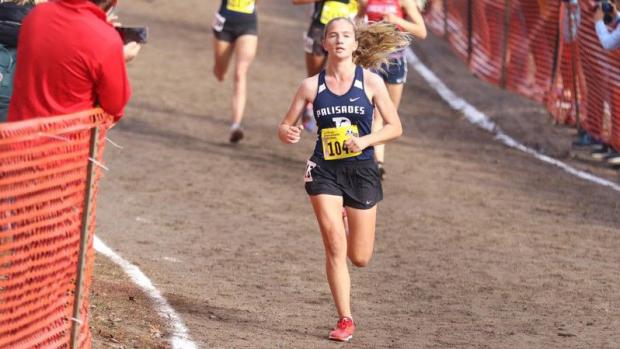 On the girls side, Palisades had won four in a row before Granada Hills won last year, and defended this year. Canoga Park, which won D-II in 2017 and 2015, won D-III this fall. Belmont, which had won five straight from 1989-93, won D-IV, its first title since 2000. Eagle Rock, in D-II, and Sun Valley Magnet, in D-V, each won for the first time. 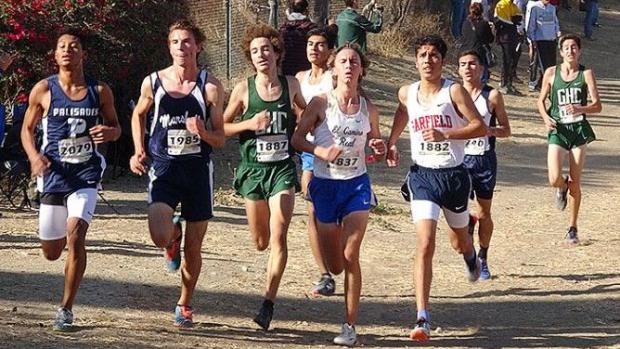 In the boys divisional championship races, Larbaoui beat Amon-Franceschi by 4.13 seconds in 15:34.24, with Palisades senior Brent Smith a close third just 2.36 seconds behind Amon-Franceschi.  Larbaoui's teammate Quinn Garity was fourth less than two seconds behind Smith in helping Granda Hills Charter to a 1-4-12-14-22 finish and a 53-64 victory over El Camino Real. 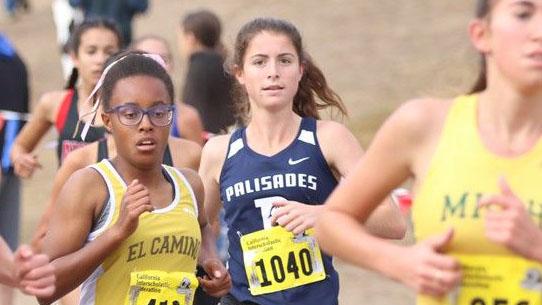