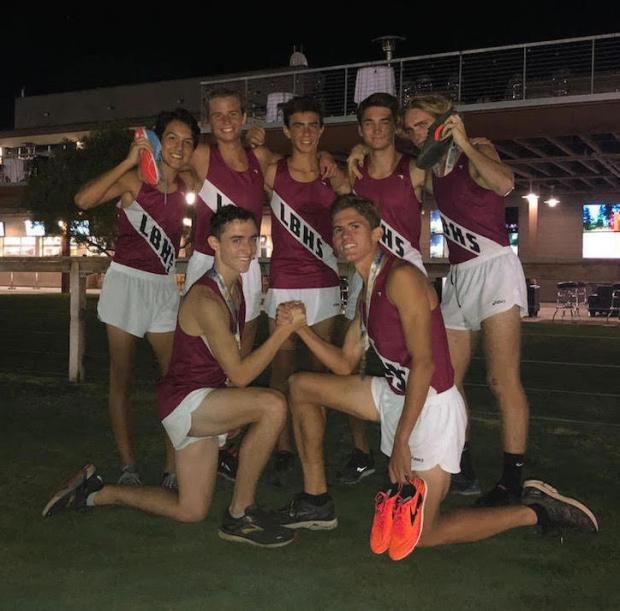 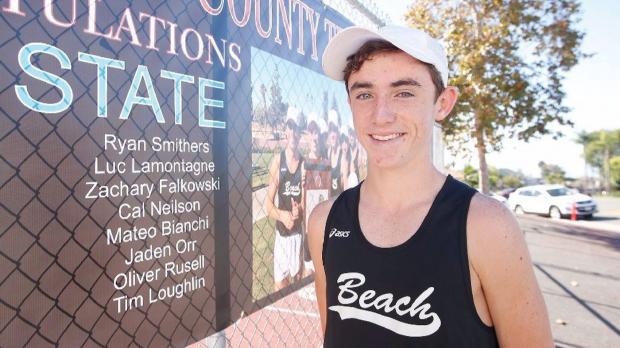 Last year, JSerra sophomore Anthony Grover ran away with the state individual title in this division finishing ahead of seniors Collin Ullrich (Liberty Ranch) and Robert Miranda (Menlo). This year, Grover, battling illness, wasn't able to hold a solid lead at the Southern Section Final. If healthy, Grover would be the choice to repeat. If not, it's hard not to look for Laguna Beach senior Ryan Smithers (photo above courtesy of LA times and Don Leach) to do exactly what he did last week when he took advantage of a fading Grover to win the title. Grover's teammate Peter Herold should also be included as one of the leading contenders with his second place finish at the SS meet. Foothill Tech's Henry Pick is within striking distance and has an excellent coach who prepares his runners well for the state meet. Sac-Joaquin Section champion Jesus Guerra-Reyes from Placer should be a top 10 contender as well. 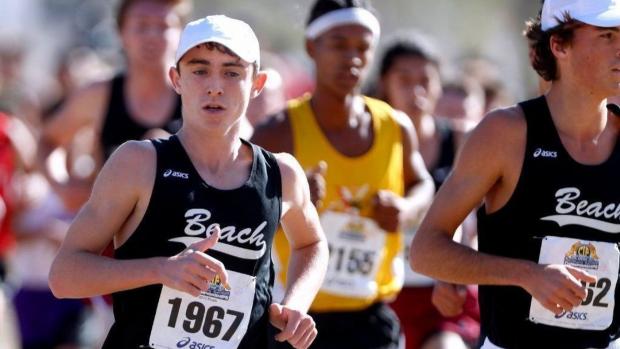 Cathedral (SS) came out on top last year as they rolled to the state team title leading from the start and outrunning Sir Francis Drake (NCS) boys to the finish. This year, we will have a new champion and it will be Laguna Beach (photo above following Woodbridge Invitational courtesy of Laguna Beach student newspaper). They absolutely steamrolled the Southern Section race last week and will be strong favorites to win their fourth state title in school history (1989, 2004 and 2009). Once all is said and done, Laguna Beach may be the best Division IV team in the state history. The JSerra boys finished in 2nd place at the SS meet followed by Foothill Technology. Both teams will be vying for podium finishes but will need an improved effort with a more competitive State Meet. JSerra coach Martin Dugard and Foothill Tech coach Ken Reeves have both had state championship teams in the past. The best team from the north is Sir Francis Drake. They didn't get to race their section final due to the bad air quality but easily won the MCAL championship race two weeks before. Their lineup also gets bolstered by the return of Gabe Reuter who has been out since the Lowell Invitational with an injury. The Placer boys were impressive in winning the Sac-Joaquin Section ahead of another state-ranked team, Christian Brothers.