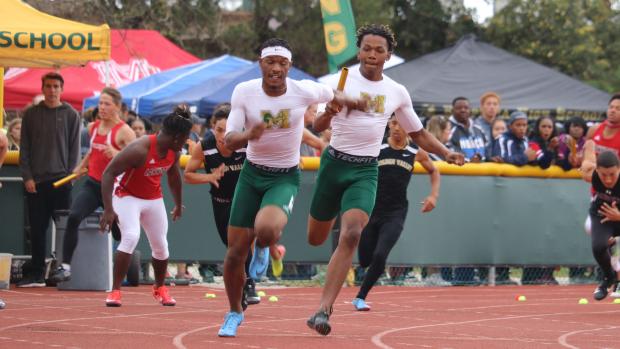 MOORPARK -- The scary thing about the show put on by the Murrieta Mesa boys track & field team on Saturday at the CIF-Southern Section Division 2 preliminaries, is that its star runner said the Rams have "more tricks up their sleeve."

Whatever senior Christian Shakir-Ricks was referring to during that post-meet interview in the beautiful setting on the track at Moorpark High, it probably doesn't need to be much for the Rams to win the school's first CIF-SS divisional title.

Shakir-Ricks lowered his all-conditions California lead in the 200 meters to 21.00 (2.5 meters per second wind, 0.5 over the allowable for record purposes), was easily the top 100-meter sprinter (10.62/0.6) and anchored both the 4x100 and 4x400 relay teams to top qualifying times. The Rams already own the state's fastest times in both relays and Shakir-Ricks ranks CA #2 in the 100.

The Rams, who figure to get their greatest challenge for the team title from Mission Viejo, also had senior Matthew Okonkwo and senior Davonte Williams run 2nd and 3rd, respectively, to Shakir-Ricks in the 200, and had Okonkwo, Williams and junior Jermarcus Tate run 1-5-7 in the 400 (Okonkwo ranks CA #5). And, if to show the Rams aren't just a sprint-only team and there's a modicum of field to go with that blazing track, Kenneth Williams snuck in in the triple jump, as the 9th, and final, qualifier.

"We haven't even hit our peak yet," Shakir-Ricks said. "We still have things, we have tricks up our sleeve, as I like to say, things in our bag that we can pull out and throw on the track. It's a pretty good feeling overall." 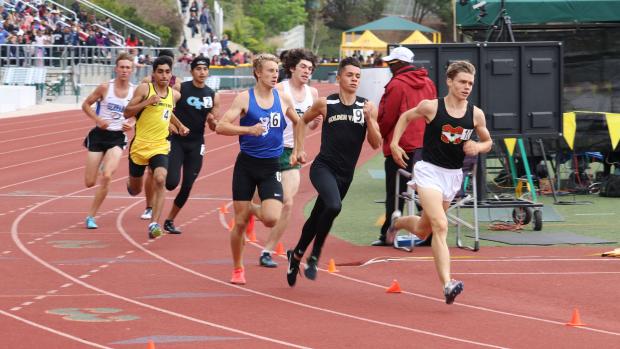 Mission Viejo has representation in eight events, including: 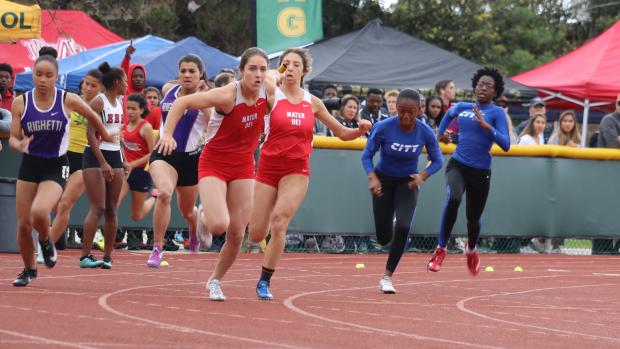 While Mater Dei appears to be the favorite among the girls, a mistake here, a key injury there, could sway the competition quickly.

The Monarchs' jump squad of freshman Jade McDonald and senior Dominique Ruotolo got through in both jumps with McDonald posting the best triple jump (38-10.50). After qualifying 5th in the long jump (17-8), one slot behind McDonald (17-11.25), Ruotolo limped out of the sand after a first attempt foul in the triple. She gutted out a second-attempt 38-05 for 2nd overall.

Senior Kelli Godin also was a qualifier in the long jump (17-2.75). Between those three in five positions, that's a lot of potential points for the Monarchs just in the sand pit. 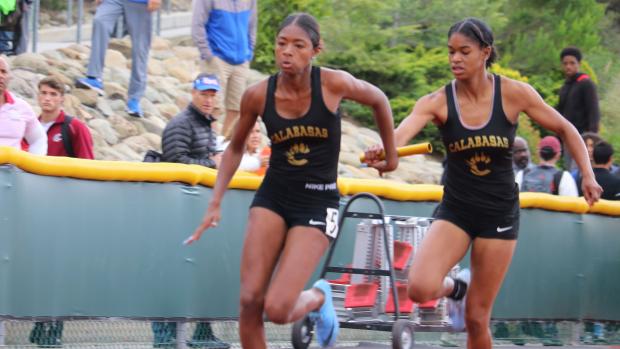