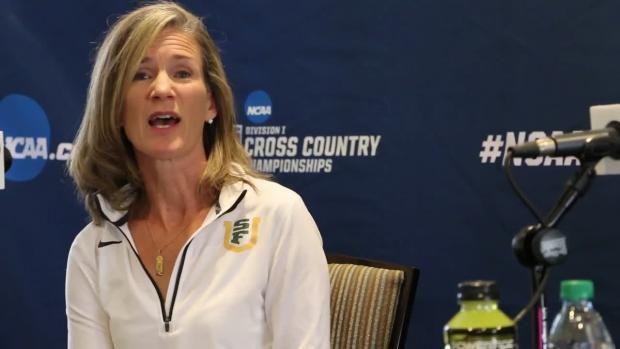 Current University of San Francisco coach Helen Lehman-Winters competed in cross country and track and field at UC Santa Barbara and graduated from California, Berkeley in 1987.

She started her stellar coaching career in 1985 at El Cerrito High School (NCS) and won an NCS Class 3A girls cross country team title during her first season. 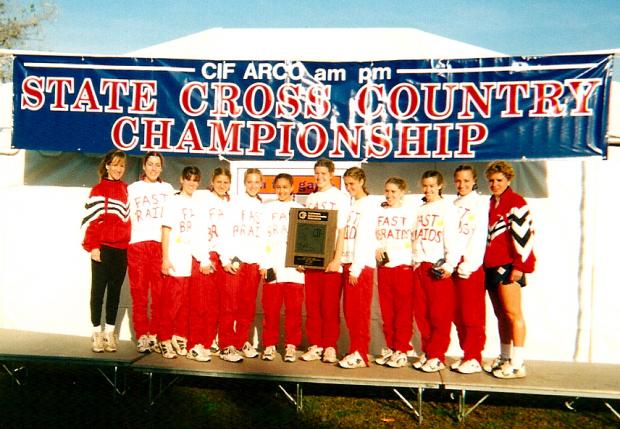 She then coached at Carondelet High (NCS) from 1989 to 2000. At Carondelet, she won three NCS team titles in 1994, 1996 and 1997. Her 1996 team scored 21 points at the section meet and followed that up with a state team title in Division III (photo above). During her time at Carondelet, her cross country teams accumulated a 78-4 record.

Along with all her team success, Lehman-Winters coached Kristen Gordon -- below with Doug Speck and courtesy of old DyeStatCal website -- who won the Foot Locker National Cross Country title in 1996. 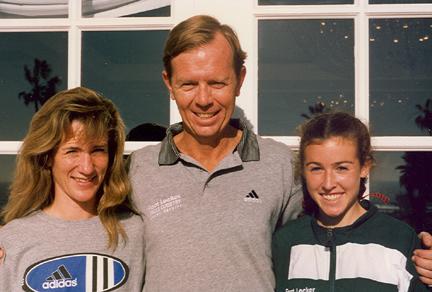 After Carondelet, Lehman-Winters was a volunteer assistant coach at UCLA for three years. She was then offered the University of San Francisco job in 2003 where she has continued to coach to this day. During her tenure at USF, Lehman-Winters has led the Cross Country and Track and Field teams to unprecedented heights. 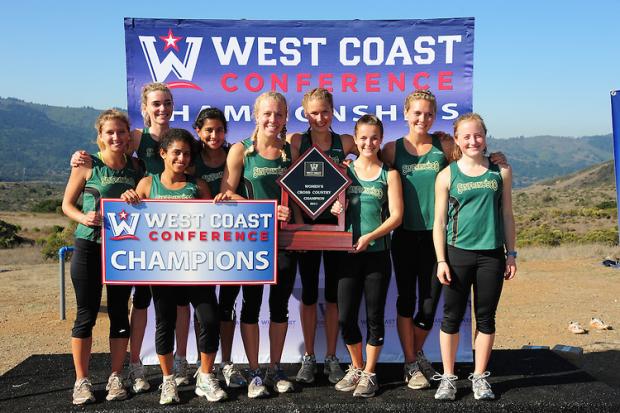 Kristen Gordon (photo below is following her Foot Locker West Region victory in 1996 at Woodward Park) summed up her relationship with Coach Lehman-Winters in the following statement:

"It is hard for me to put into words exactly how much Helen means to me.  And, I am rarely at a loss for words. But, I will do my best.  As I get older and raise my own children, I realize more and more what a pivotal role Helen played in my childhood and what a profoundly positive impact she has had on my life, both athletically and personally. I know I am not alone in saying this.

"All of Helen's athletes would agree that there is something just so rare and incredibly special about her.  She is more than a coach.  She is a friend.  We still talk at least monthly. She is tough, no-nonsense and demands respect, but is approachable and understanding at very the same time.  Most importantly, though, she is a role model and a teacher.  And, the things she taught me in high school, I still apply in my life today. 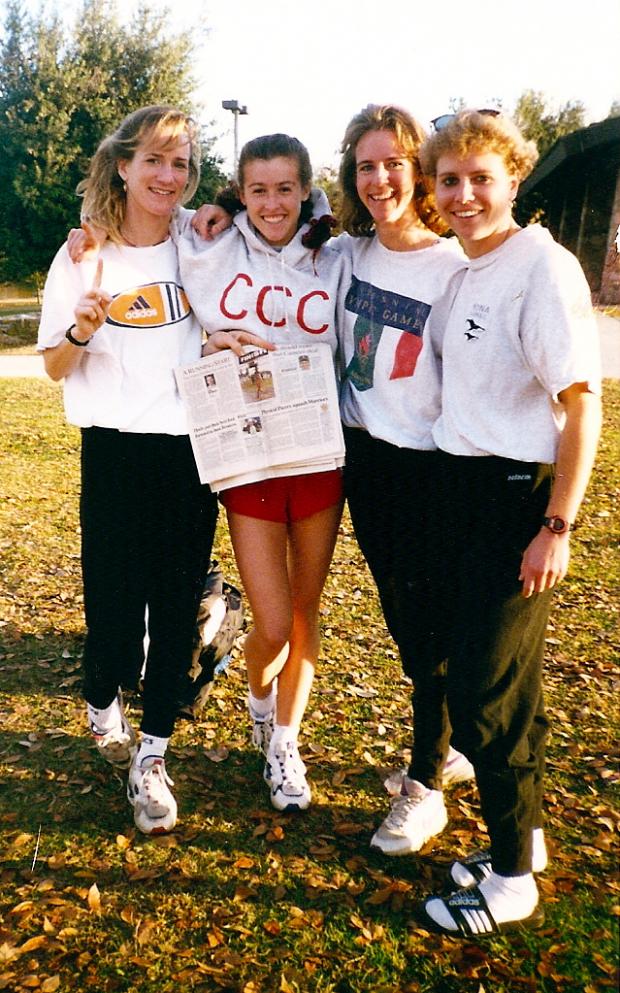 "She taught me about the importance of goal setting. Every year every member of our team wrote down three goals for the season. We then had to share them with Helen because, as she told us, "If you don't share your goals, you are never held accountable.

"She taught me to dream big. Helen believes in her athletes more than they believe in themselves.  And, she is so confident in her belief in you that you begin to believe too. On a training run my Senior year in XC, she asked me, very nonchalantly, "Are you prepared to be a National Champion?" I thought I misheard her at first and then I thought she was joking, but she wasn't. She was serious. While I thought she was crazy, she planted the seed that day that maybe, just maybe, I could be the Footlocker National Champion.  She is never afraid to put it out there and get you to dream bigger than you ever thought possible.  She inspires you to be fearless, run gutsy and to just go for it.

"She also taught me about patience. My success in high school did not happen overnight. And, I definitely lost more than I won. But, I think this was all part of the plan. Helen always has a plan for her athletes. It is a methodical, long-term plan that keeps you hungry, develops you overtime and allows for a natural progression. I have never seen someone develop athletes like Helen and I will forever be grateful that she remained patient with me and never rushed the process.

"Finally, she taught me about the value of teamwork. Helen cultivates a family-like environment amongst her teams. In a sport that can be individual, it never felt this way. She stresses the importance of having fun, working together and ultimately running faster. It is no surprise to me that she continues to not just develop individual athletes, but also develops amazingly successful programs, even at the collegiate level.  Like I said, she is something very special."

Former De La Salle coach and FloTrack and MileSplit contributor Kevin Selby had this to say about Lehman-Winters.

"Helen made a commitment to her career when she went to UCLA. Her time at Carondelet established her as a top high school coach, and she was ready to test the collegiate waters. When she has done at USF is amazing. The team was not competitive at the time of her arrival, and she completely changed what was expected out of athletes wearing a Dons uniform."
Helen made USF a power through her relentless belief in the success of her program. She is constantly optimistic about the future of recruiting and the potential of the athletes on her roster."
Related Links:
Tweets by MileSplitCA