As we make our way through the 2018 outdoor season, we will continue to profile track and field coaches (and many that coach cross country as well) to our California coaching legend series. We have a lot of choices that cover the entire spectrum of events but as always, if you have coaches that you would like to nominate, please let us know on twitter @milesplitCA or you can email us at albertjcaruana@gmail.com, jgeorge@milesplit.com, and jeffrey.parenti@flosports.tv. 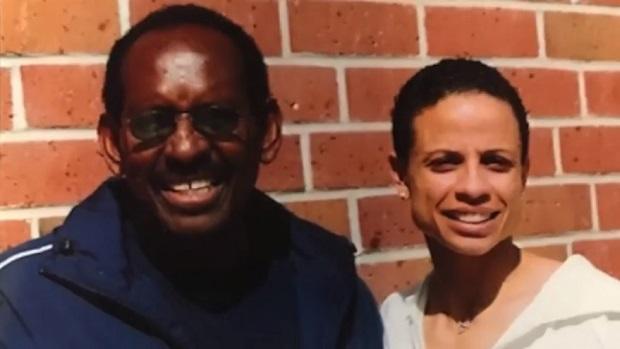 Could there be a better summary of the true impact of a coach? Those are the words of Olympic gold medalist Joanna Hayes, who began her hurdling career under the tutelage of J.W. North legend Charles Leathers. It is easy to add up the numerical accomplishments of a successful coach, tallying team championships and successful athletes - and by those measures Coach Leathers' resume stacks up against the best of them. It is harder to quantify the actual person-to-person effect a great coach can have on the lives of their athletes, as well as on other coaches and the sport itself. Talk to anyone who spent time around Leathers, though, and you will hear some common themes.

He Was Supportive and Super Honest

First and foremost, people who knew Charles Leathers speak of his deep caring for everyone in his life. 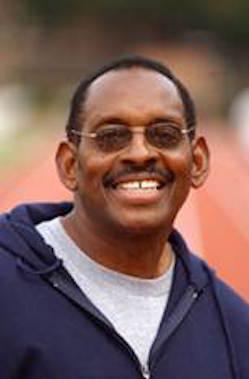 Four-time Olympian and bronze medalist Chaunte Lowe echoes that sentiment, reciting stories about Coach Leathers' personal impact on her life. "He knew my family situation was strained during high school, so he would do little things like buy me a birthday present. It wasn't something he would talk about to others, but it showed he cared for me like a parent. Yes, he would yell at us, be he would also wait around with me after practice, or take me home if I needed a ride. When we went on out-of-town trips, if I didn't have money at the restaurant I would just order water and plan to eat the bread. But Coach Leathers would say 'Look, if I'm eating, you're eating.' That's just the type of coach he was."

He Made You Want to Work Hard

A second common theme when people talk about Coach Leathers is hard work, for which he was infamous. Hayes says, "You knew the workouts were going to be bad. I was like, are you trying to test our strength levels? But he let you know why - he told you if you do this, then that will happen, and if you don't do this then you won't get to where you want to be." Hayes goes on to describe one practice that continues to stand out in her mind: running 800 meters over hurdles set at spacing and height for the 400 Hurdles. "After I crossed the line for the first 400, he stopped me. He told me that wasn't gonna cut it, and started me over. I might have had 2-3 minutes rest, and so it actually turned out to be 1200 meters over hurdles. It made sense to me when I got to college, when Coach Kersee stopped me after the first 100 of a 300 and started to get after me the same way. It clicked that I need to run from the front. Coach taught me how to be an athlete and coach, all in one workout."

For Lowe, it was a particular type of stadium steps workout that always stood out. "He would use a large rubber band to provide resistance while we ran the steps. You were OK if a teammate was holding it, but if Coach Leathers was on it, he would lean WAY back, making us pull his entire body weight up the steps!" She also remembers workouts so inimitable that they had names: a circuit workout called The Oval of Hell came to mind, with "extravagant exercises we had to stop and do every 50 meters."

But any coach can design workouts that push athletes to their limits. It takes an artful coach to do so while preventing injury, and a real master to motivate the athletes to push themselves. Says Lowe, "He didn't allow us to have excuses as to why we couldn't do our workout or why we couldn't train or compete. We all did everything: we all did cross country and trained for multiple events, and he made us all into well-rounded athletes." 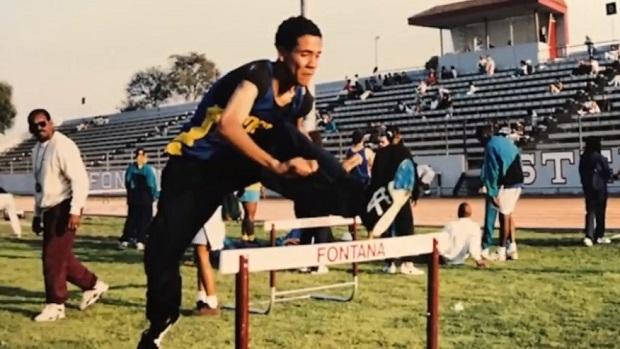 He Prepared Us For Real Life

For Hayes, the legacy of Coach Leathers lives on in her own coaching, first at the high school level and now at USC:

Coach Leathers was my foundation. He taught me how to keep building on my career in college and as a pro, based on what he taught me in high school. When you're in high school, you don't realize how much your coach knows. We don't get it until we do. I try to be as honest with [my athletes] as possible. Coach never hurt my feelings - he was just, Hey do you want this or not? I definitely notice that I have some of him in my coaching, and I think that's a great thing because he was a great man and a great coach. He was a real track coach - he really cared about the sport, and he also knew what it took to win.

Hayes is not the only current coach who came up under Leathers, not by a long shot. Another example is Mira Costa's Kelvan Gamble, who competed for Centennial when the legendary coach was there.

Lowe expresses similar feelings about the life-long lessons she learned from Leathers:

One of the most impactful lessons was when he taught me how to specialize in an event. During my junior year he made me stop doing other events and focus on the high jump. I was thinking I could go to college and do all those events, but he was thinking strategically - we need to make sure you go to college. I fought back at first, but I trusted him because I respected him, and he was right. That allowed me to have my pick of where to go to college. His goal was to get kids to college. I would estimate that he helped 30-40 kids go to school on scholarship. His goal was to get athletes an education and change their lives through track & field.

He Will Be Missed

Based on measurable accomplishments alone, Coach Leathers has a resume that can stack up against just about anyone's. He won three Southern Section titles while at Centennial (Compton), then added 11 more after moving to Riverside's J.W. North in 1992, including nine with the girls' team. He also guided the Huskies to the 1999 and 2000 girls team state championships. In addition to Hayes and Lowe, he coached future Olympians Whitney Ashley, not to mention several more athletes who won CIF individual titles. Perhaps most remarkable was his particular success in the 100 Hurdles, where Hayes, Nicole Hoxie, and Nichole Denby combined to win seven straight Southern Section Masters titles and five state championships. Not that you would ever hear him talk about these things - Lowe says, "He was humble. You would never hear him bragging about how great he was, and he should have been a D-1 coach."

Clearly, though, the mark of a great coach is their lasting legacy in the lives of those they touched. On that score, it would be hard to top the impact that Coach Leathers has had on his athletes, which will be carried on through the work of the current coaches that learned from him. Leathers, who died March 7 at age 73, made the California track community a better place, and he will be missed.