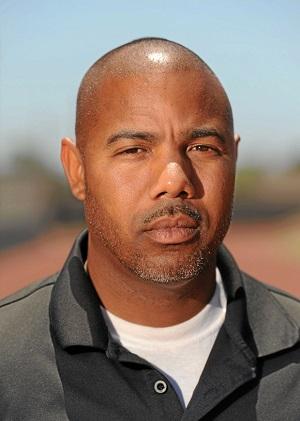 If you're just a casual observer of track & field, you might think of Coach Amrit Lal's Carson teams as sprint powers. The Colts made headlines over the last few years with monster 4x100 and 4x400 teams, plus the brilliance of Kaelin Roberts in the 200 and 400. You would be wrong: over the 23 years of his coaching career, Lal's area of greatest expertise and success has been in the jumps. In just the past decade, Coach Lal has helped produce 10 21-foot boys long jumpers, 5 18-foot girls long jumpers, and an astonishing 6 different girls that exceeded 38 feet in the triple jump. That includes two jumpers who went over 40 feet: Ashley Anderson (who went on to UC Berkeley), and Crystal Washington. Current jumps star Jonon Young is well on her way to joining that group, with her PR of 39' 2.25" (not to mention 6 19-foot jumps on her record, with a best of 19' 9"). Recent records from the LA City Section Finals in the triple jump show just how dominant the Carson athletes have been over the last 10 years.

You might also think the 2016 state championship won by the Carson girls was just an extension of the regular sprint dominance we see coming out of Southern California. You would also be wrong about that: Carson owns the only California team title earned by an LA City Section girls team in the last 36 years! Granada Hills was the last team from the section to accomplish that feat, way back in 1980. The success of that 2016 team earned Lal the honor of being the USTFCCCA Coach of the Year for California. Under his leadership, the Colts have won the last four LA City Section girls championships (and 5 of the last 7), not to mention sweeping both boys and girls team titles in 2014 and 2015. Only the Dorsey boys can claim more titles over the last 20 years than the Carson girls

Finally, some will say (and have said) that the Carson title was simply a consequence of four transfers from Long Beach Poly, including Roberts. This argument misses the point entirely: why would top-notch athletes transfer to a program unless they trusted and respected the coach of that program? Those transfers (and others before them, such as Anderson) speak highly to Coach Lal's reputation in the Los Angeles track community for having the ability to develop talent, as well as his talent for reaching and motivating athletes.

Those who have coached against Amrit Lal in the south Los Angeles and Long Beach area over the years have come to respect his work ethic and his consistent success. In the words of longtime competitor and fellow jumps specialist Keinan Briggs of Mater Dei:

Coach Lal gets it. There are so many elements that are needed to be a coach, Lal has it all. Working out is easy, any coach can take an athlete through a workout. Lal understands the mental side of teaching an athlete life lessons, personal development, and more. He is a professional that coaches any athlete that needs help. I've seen him manage athletes very well. One example is Jonon Young, because of a foot issue from birth he switched her jump legs in the triple jump this year and she just jumped 39' in the triple jump at new balance indoor nationals. He has taken athletes from the inner city and been a positive "Black Male" figure in their lives. He is a great person. He works full-time as a teacher and always finds ways to give back to the kids.

Honestly I really respect him as a person. He is always there for his athletes. Lal is very deserving of this acknowledgement. You know you have a good coach when no matter the kid there are always state and regional talents coming out of that program and more importantly they are going off to college. I am just rambling now but my personal goal was to have teams as dominant as his. Lal has been an inspiration to me and a lot of coaches out there. 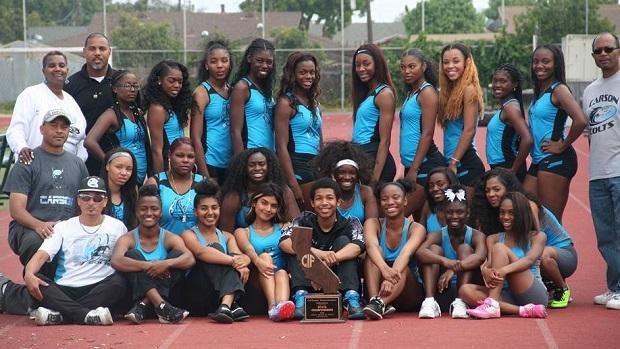