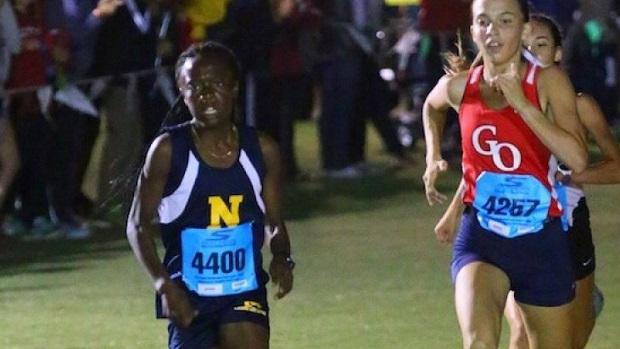 The Southern Section is so huge that some of its parts could be sections unto themselves. Such is the case with the Inland Empire, which has undergone huge population growth over the last two decades and has seen a corresponding rise in cross country prowess. Made up of Riverside and San Bernadino counties, the IE has become the seat of many of California's best running teams in both the fall and the spring, including such powers as Great Oak, Vista Murrieta, and Eleanor Roosevelt.

On Saturday the best teams and individuals of the Inland Empire will come together in a meet that has rapidly become exciting and intensely competitive. When you pair this with the OC Champs this same weekend, you can get a very good look at some of the Southern Section's top talent.

Great Oak typically holds their top 7 out of this race, allowing their "Second Seven" to compete against the top squads from the area to gain experience. As a result, don't expect to see Tori Gaitan or Fatima Cortes up front in this race. Instead, we get something very interesting: a battle between two future California stars in freshmen Makayla Browne and Amber Rios! Browne hung with the big-time runners at Woodbridge, clocking 16:40, and she has extensive racing experience from club track and cross country, so give her the nod coming in. Rios, on the other hand, hasn't lost yet (she ran in a smaller varsity race at Woodbridge and clocked 17:00), and this could be her first big challenge. We may also see a third ninth-grader, Jacqueline Duarte, joining this battle; she also won her race at Woodbridge after a strong debut against top varsity runners at Cool Breeze. It will be interesting to see if Serrano also pulls their top 7; if not, Maribel Aguilar and Vanessa Walton will be right up there in the front group, as well. You should also keep an eye on Rylee Penn, the top returner from last year's race, as well as the hugely-improved Paige Haynes - both of them are capable of throwing down a big race.

If Serrano loads up their full squad, they should be too strong for even Great Oak's vaunted "B" varsity squad. If not, expect the Wolfpack to claim the crown, with Santiago also in competition.

In contrast to the girls' sweepstakes race, on the boys' side it's upperclass runners that are looking to rule the day. Senior Elias Opsahl has been racing very well, but he hasn't been challenged since Woodbridge, and that should change this weekend. Junior Kevin Ramos is the top returner, and you could say the exact same thing about him that I just said about Opsahl, so this should be an interesting battle. Senior teammates Tyler Spencer and Raymon Ornelas will certainly be in the mix, and Darius Riley could be a dark horse to grab a top 3 spot in this race.

Great Oak's boys have unearthly depth right now, and their second seven is definitely good enough to compete with the top squads from the other teams in this meet. If anyone can prevent the Wolfpack from taking the win, it will be defending champion Eleanor Roosevelt. Don't discount Redlands East Valley, which has put a very solid team behind their star front-runner and could be looking to exploit their underdog status for a breakthrough team race.