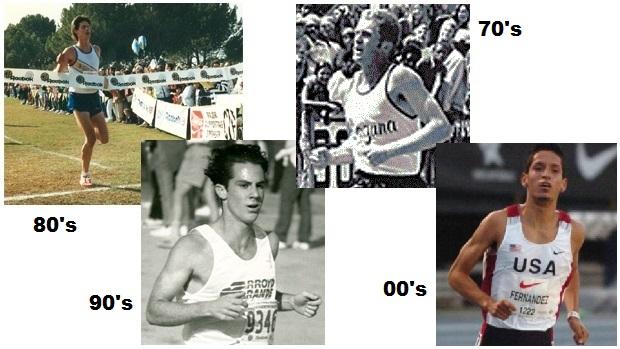 We're down to 4 candidates for the best male HS XC runner in CA history, and it's quite a group!  Bryan Dameworth has been cruising through the early rounds, and still remains the overall #1 seed. Fellow 1-seed Eric Hulst is the only remaining runner from the group of 1970's elites that we started with.  Current Arizona State coach Louie Quintana, who raced Dameworth in the late 80's, broke through for his own state and national titles when the decade changed in 1990. And German Fernandez continues to outperform his original #4 seed, on the strength of being the best ever at Woodward Park.  VOTE to determine our final match-up for tomorrow!
Tweets by MileSplitCA