The biggest and most competitive meet in Northern California this weekend will take place at Willow Hills (Folsom HS). The Hoka One One Bronco Invitational hosted by Bella Vista HS should be a mini preview of the section final as most of the teams/individuals aiming to compete at the section finals will be here to test themselves on the rugged course. The Folsom HS terrain makes it one of the tougher courses in California but when it comes to Sac-Joaquin Section, this is definitely THE TOUGHEST! The course record for the boys was set by the legendary German Fernandez (Riverbank) at 15:03. Considering he ran 14:24 at Woodward Park on a course that is practically the same length, it should give you an idea on the difficulty of the course. The second best time on the course belongs to Michael Vernau (Davis) at 15:26. One of the 5th fastest times on this course belongs to Luis Grijalva (Armijo) at 15:35.

The following information was gathered with the help of Selena McKinney, Daniel Tyree and Tom Laythe.

Varsity Girls Large School
Fiona O'Keeffe's course record appears to be quite safe considering she is the only girl to break 17 minutes and the next best times in the mid 17s range. The course distance seems to fluctuate based on several factors but for sure, it will be a bit longer than 3 miles and a little less than 5k. The individual girls to watch in this race includes Alex Beitia (Granite Bay), Isabella Fauria (St. Francis), Meagen Lowe (Buchanan), Sofia Castiglioni (Davis), Olivia O'Keeffe (Davis), Alize Hartke (Oakmont), Corie Smith (Buchanan), Sydney Vandegrift (St. Francis), Angela DiPentino (Woodcreek) and Blayney Dolan (Clovis North). That is an outstanding field with many of the top girls in the Sac-Joaquin Section along with several visitors from the Central Section. Team wise, Davis will be the favorite and will need to fend off challenges by Buchanan, St. Francis, Woodcreek, Vacaville and Granite Bay.

Varsity Boys Large School
The Rocky franchise gave us seven movies (I know, hard to believe). Luis Grijalva (Armijo) has faced against Michael Vernau (Davis) twice with each winning one time. Vernau got the best of Grijalva at the Lagoon Valley Classic but the results were reversed at last weekend's Clovis Invitational. Race #3 will take place this Saturday and it's very possible that these two runners will race each other as many times as there are Rocky movies. The other strong contenders in this race will include two Granite Bay runners (Jack Ritter and Tre Lockwood), two Woodcreek runners (Robert Williams and Derek Parker), three Jesuit runners (Brendan Jones, Benjamin Holland and Matthew Strangio), Hayden Hansen of Buchanan and Quinn Hagerman of Merced. Team wise, Jesuit with their front running trio will have the edge and are currently ranked #1 overall in the SJS. They will be challenged by the top ranked SJS Division II team, Bella Vista. Other leading contenders include Woodcreek, Rocklin and McClatchy.

Varsity Girls Small School
The top ranked SJS Division III Vista Del Lago girls will be favored to win this race led by Delaney Rasmussen. She will have her hands full up front with defending SJS Division IV champion, Cassi Land (Sonora) and 800 meter ace, Cathilyn McIntosh (Del Oro). Also in the mix will be Kaela Dishion (Bret Harte), Quinn Hagerman (Merced) and Elise Boisvert (University City-SDS). Aside from Vista Del Lago, the other teams that will be here to test themselves against the top team in Division III will be Rio Americano (led by Sophia Karperos), Placer and Del Oro. University City comes in ranked #3 in SDS Division III and should not be overlooked in this field.

Varsity Boys Small School
The favorite to win this race will not be a SJS athlete. Andrew Skoy (Shasta) will be making a 3 hour trip to test himself against his SJS foes. He has more than held his own at the Nike Portland meet (12th place) and the Stanford Invitational seeded race (6th place). Keeping him honest will be team favorite Vista Del Lago front runner, Colin De Julio as well as the Sonora duo, Jackson McIlroy and Ryan Dunlap. The top boys in this race will look very similar to the favorites in the girls as Rio Americano and Placer will be contenders here along with Christian Brothers and Shasta. Noah Wallace will lead the Rio Americano team.

Meet Results
Results will be posted on this site as soon as we receive them. 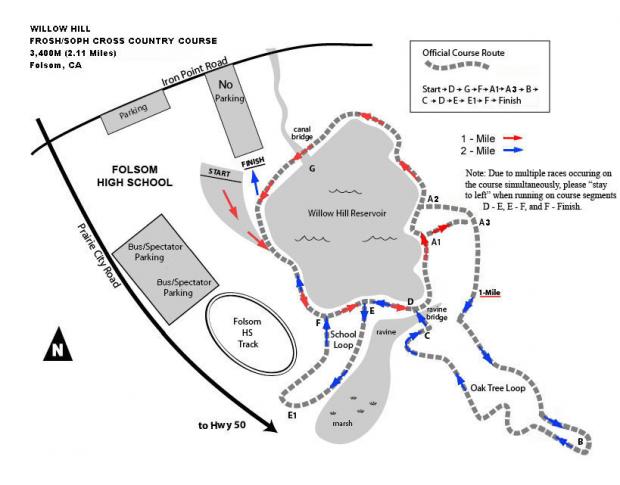 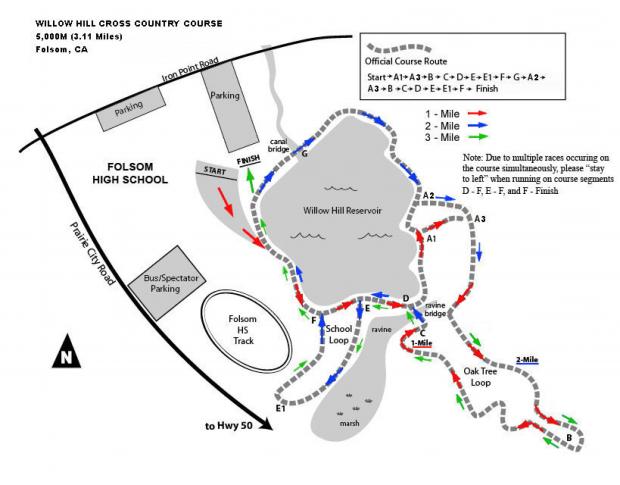