One of the premier Northern California cross country Invitationals will take place this Saturday at Golden Gate Park. The Lowell Invitational has reinvented itself many times over it's 44 year history and if you are a sports history buff like myself, check out the great timeline through history by current meet director Andy Leong. As always, the meet date has fluctuated depending on park use and this may be the earliest September date for the meet . The Soberanes fire has also impacted the meet due to the cancellation of the Earlybird Invitational. Several schools will now be competing at this meet, making it one of the largest attended Lowell Invitational in history. 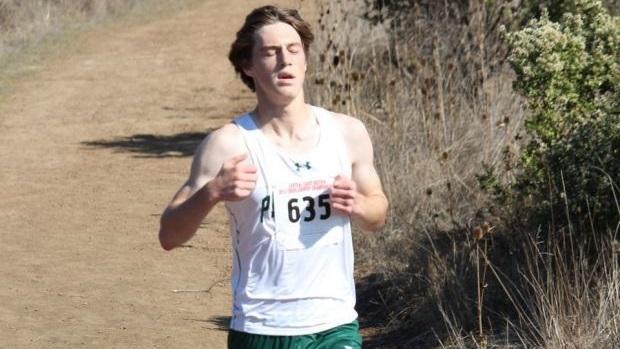 86 schools are scheduled to compete this year. You can check out the complete list below. Among the competing teams are the much improved Palo Alto team led by senior Kent Slaney. With most of the races divided in half, we may miss out on some great match-ups but all the number crunchers will combine races to see who actually came out on top once the meet is complete. Some of the other top individuals will be Stuart Hall senior Elijah Horwitz (one of the top Division V runners in the state), Mikolaj Krajewski (from host school Lowell), Dinuk Amarasinghe (Villa Park in SS) and Jake Lange (Nueva School). You can check out all the top individuals/teams below at the virtual meet link. 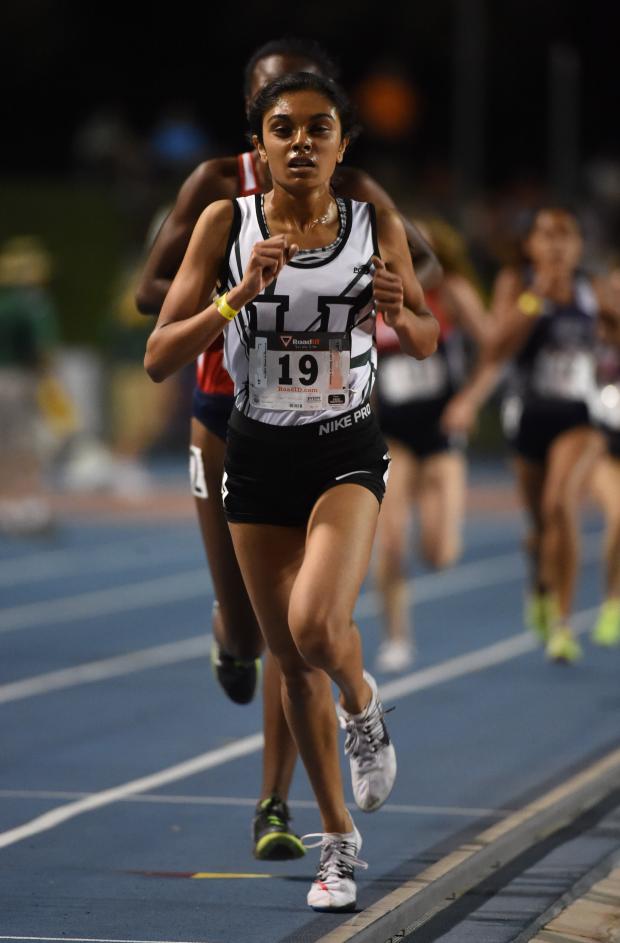 On the girls side, it should be a great team battle between North Coast Section rivals San Ramon Valley and Granada. Both teams are highly rated this season and have the talent to do some damage at the state meet in November. On the individual side, Niki Iyer of Harker should be the class of the field after her 3rd place finish at the CA state meet 3200m race. Iyer finished in 3rd place behind Fiona O'Keeffe and Destiny Collins with a lifetime best 10:24.39. Rylee Bowen of Sonoma Academy was impressive on the track (10:13.20 victorious effort at Arcadia) as well as several efforts in the steeplechase. Just as with the boys, check out the virtual meet link below for a list of the top individuals and teams.

LOWELL INVITATIONAL HISTORY
The following was relayed to me by meet Director and Lowell Track and Field coach, Andy Leong. For those of you that are interested in the history of such invitationals, this is a terrific timeline through the years of this Saturday's Invitational.

"The founder and first director of this meet, was Mr. Herb Blanchard, a long time teacher and coach in the San Francisco Unified School District.  Coach Blanchard started this meet in 1973 when it was called the McAteer Invitational.  For the first three years, the races took place on the McAteer campus.  In 1976, knowing that the meet was growing in size, he moved the location to Golden Gate Park.  In 1979, he asked his longtime friend and running buddy, James Thomas who was the Lowell High School coach to become co-sponsor and the name was changed to the McAteer -Lowell San Francisco Invitational, establishing the foundation of the meet you see today. Coach Blanchard (who pasted away in 2004) served as meet director through 1979.  Coach Thomas was meet director till 1987 and  still helps out when he's in town.  Both men are members of the San Francisco Prep Hall of Fame.

The start and finish area was in the Polo Fields until the mid 1990's when we moved to nearby Lindley Meadow to avoid soccer team traffic.  Rec and Park double bookings forced us to move to our present finish area in Speedway Meadow in the early 2000's (we like the change so much we decide to keep it).  I (Andy Leong) have been meet director since 1990.  This is our 44th annual and Lowell's 38th." 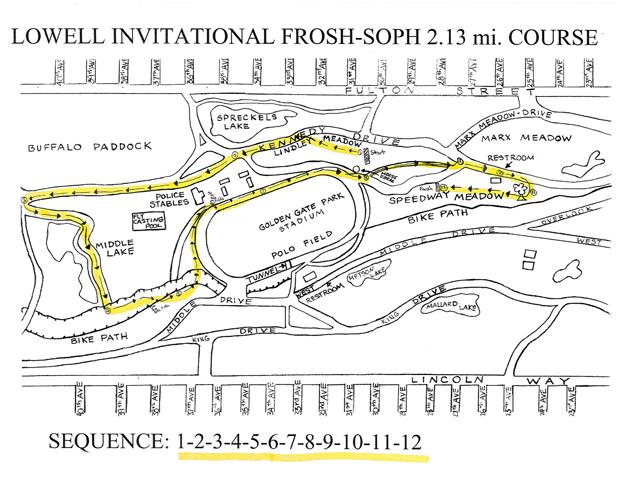 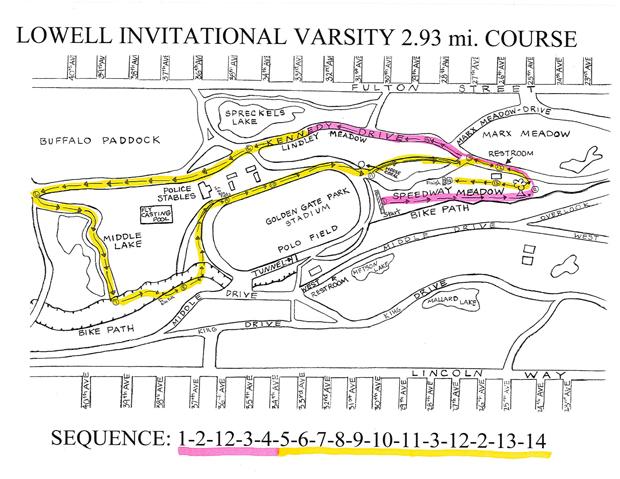