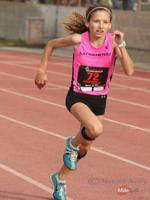 Sort By:
Filter By:

Seidel, Cheserek Win Tight Battles for Foot Locker Nati...
Cheserek held off a late charge by Zeinasellassie after a back and forth battle nearly the whole way.  Seidel was able to make a break with 300 to go after Finn led the race for close to 2.5 miles. �...
Foot Locker XC 2011 Predictions...
Predictions below are made for fun and entertainment purposes.  Enjoy and feel free to add comments with your own predictions and words of encouragement for the athletes competing this weekend!...
Foot Locker National Preview...
Jordan McPhee Nathan Weitz & Andrew Gar dner of Washington join Dallin Farnsworth as threats to claim a National title at Foot Locker.   Jordan McPhee o on Saturday in San Diego.f Washington  an...