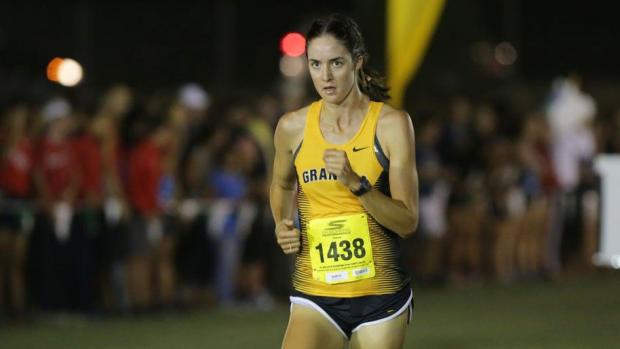 BELMONT -- Bellarmine College Prep sophomore Colin Peattie got his first chance to run at the Crystal Springs cross country course in Belmont on October 6. Peattie didn't exactly have an easy time. He said he had been congested all week and was coming off of a seventh-place finish at the Stanford Invitational the week before.

Then, on "Heartbreak Hill," one of the tougher parts of the 2.95-mile course, Granada's Joshua White passed Peattie to take the lead.

"I did not expect him to pass me there," Peattie said. "It was really challenging to come back in that last 1,200 meters. It makes me feel really good that I was able to do that and come back and win.

Peattie ended up winning the Championship Boys Varsity race in 15 minutes, 11.4 seconds, setting a school record for a sophomore on the course and placing himself tied for eighth all time on the sophomore list on the course. White, a senior, was second in 15:18.

Crystal Springs opened in 1971 and has hosted many top meets including what is now known as the Foot Locker Cross Country Championships. It also will be the site of the West Catholic Athletic League Championships on Halloween.

It was his third win in four races this season, also winning at Lowell and Earlybird.

Peattie and third-place finisher Ross D'Orfani (15:34.1) helped the Bells win the team title with 45 points, well in front of Granada (88). Nolan Topper, Clem Welsh and Galen Topper finished in a block at 12-13-14 to clinch the win.

The Matadors had a more joyous result in the Championship Girls Varsity race with Colleen McCandless and Savannah Maselli going 1-2 with teammates Gracie Dupuis, Paula Leigh and Amaiaha McIntosh finishing 5-7-9 for a dominating 23 points. Dougherty Valley was well back in second place with 74 points.

"I'm pretty happy with how I ran," McCandless, a senior, said. "I kept it reasonably in control throughout the beginning part and then tried to run the hardest that I could and work my way up the hills and then really push the downhill."

McCandless, the defending CIF-North Coast Section Division 2 champion who was eighth at State as a junior, was making her debut at Crystal Springs as well.

"This was the first time we've run this course, so it was new, but it was fun," she said. "A lot of up, a lot of down, but it's fun. It's different. The last two courses we raced were Stanford and Woodbridge, which are both really flat. So it was kind of nice to have a confidence-booster, hilly course."

Bellarmine and Granada both had success at the other levels as well. The Bells won the other Varsity Boys race with 42 points, well in front of Cupertino (104). Luke Pinkel was Bellarmine's highest finisher, taking third in 15:56.1. La Canada-La Canada Flintridge's Owen Serricchio won the race in 15:44.1.

Tristan Lalonde and Theodore Lai went 1-3 in the Freshman race for Bellarmine, with Lalonde winning in 17:01.9.