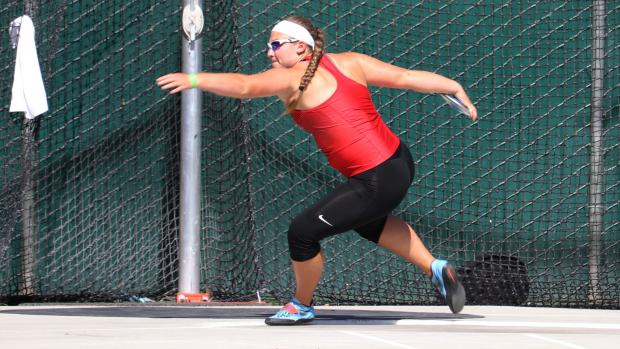 Jocelynn Budwig (above) and Alysah Hickey (below at right) are the co-Girls Field Athletes of the Year.

We're graciously taking a page from the State Meet high jump officials and letting this one end in a tie.

How do you separate a two-event thrower Jocelynn Budwig from a two-event jumper Alysah Hickey and call one the 2018 MileSplitCA Track & Field Girls Field Athlete of the Year when they both earned it equally?

Budwig and Hickey, two juniors, are both State Meet champions who also medaled in a second event. They are both at the top of the CA rankings in each of their two events, and are each very high in the US rankings in their events.

Budwig (Fowler/CS) is the State Meet champion in the shot put and placed 3rd in the discus throw.

Hickey (Coronado/SD) is the State Meet champion in the long jump and placed 5th in the high jump. 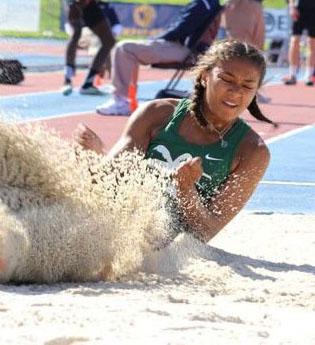 Budwig ranks CA #2 and US #3 in the discus throw with a PR of 174-02 from State Prelims (a mark that was at the time CA #1 and US #2 only to be surpassed the following day by the 174-09 winning throw by State champion Erica Grotegeer).

Hickey was undefeated in the high jump this season before the State Meet Final (which she had to compete in simultaneously with the long jump), including her second consecutive SDS title. Despite not focusing on the long jump until this season, she won 11 of 12 meets, and had six jumps of 19 feet or farther. Hickey ranks US #4 (tie) in the junior class in the high jump and US #6 in the class among wind-legal long jumps. Note that Hickey's HJ PR of 5-10 is the same height that won the State title, shared by two girls listed below. 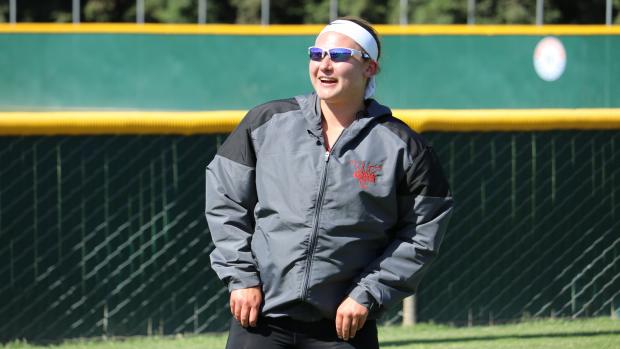 Arianna Fisher (Silver Creek/CC) Sr., TJ -- State champion in the triple jump. Had jumps of 40-plus in all seven meets this spring and had the top jump in all but the State Prelims. PR of 42-09 (nwi) at CCS Top 8 is CA #1, US #3 all conditions. Three-time Central Coast Section champion and two-time State Meet finalist.

Dominique Ruotolo (Mater Dei/SS) Sr., TJ/LJ -- Southern Section Masters champion in both jumps despite an ankle injury that limited her at the State Meet, where she still qualified for the finals in both jumps. Placed 4th in the long jump but had to scratch from the triple. Only girl in CA who ranks top-5 in the state in the high jump (5-8), long jump (19-02.75/1.2) and triple jump (41-04.50/0.0). 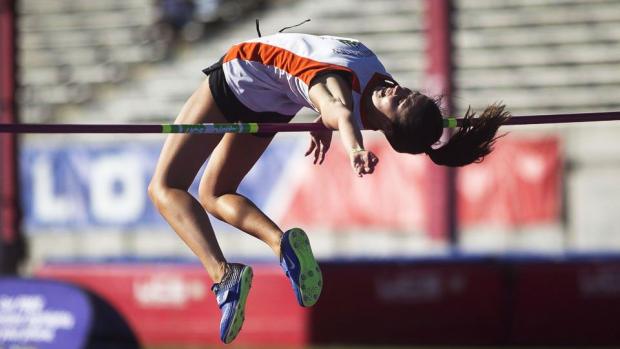