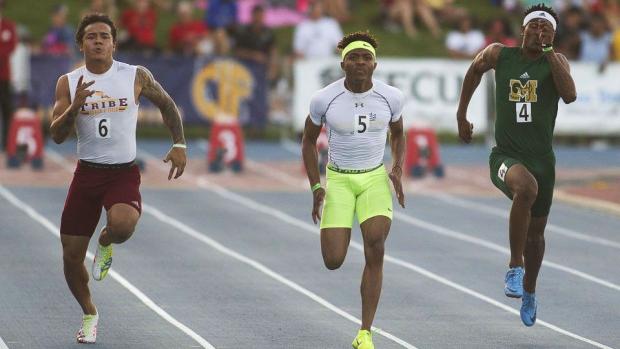 Kazmier Allen, Asani Hampton, Christian Shakir-Ricks in the 100m final at State. Allen and Shakir-Ricks were two of nine individual champions in the senior class, as was Jason Gomez below. (Louis Amestoy photos)

The MileSplitCA Super 17 All-State Teams are subjective selections with strong consideration given to CIF-State Meet finals results, top placing at the section finals level, season-long consistency at a high level, and 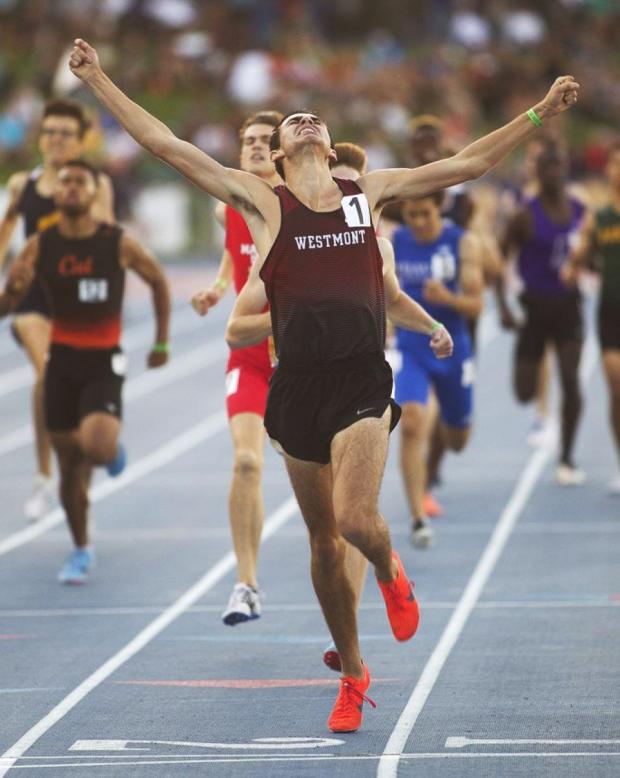 versatility. Top marks within the class is a consideration but not a guarantee of making this list.

The challenge in selecting the Senior Boys team(s) is that there are so many high-level specialists. There are nine State Meet individual champions in this class. Of the medals at the State Finals (given to the top six finishers), the 2018 boys class took 44 of them. Six athletes won two medals. Seven athletes took 10 of the 2nd place medals, and 11 took 13 of the 3rd place medals. That is 25 individuals who placed among the top three at the State Final!

That math doesn't work to fill a 17-athlete team. So we opted for two teams and before long, the depth of the class inspired us to create a third team. And honorable mention.

So, yes, placement at the State Meet finals was vital in the decision-making for these teams but not always the bottomline factor. State champions are first-teamers, no doubt. Runners-up were guaranteed at least second-team placement. Bronze medalists were slotted at least on third team. Those who excelled in multiple events were often given the nod over single-event performances. High-end marks were considered on an individual basis. National-caliber performers whose season ended prematurely because of injury were given the benefit of the doubt with those who were able to survive the season and excel on the biggest stage. It took a rare performer for that scenario and we had two, one who made the first team and one who made the second team.

This is the eighth installment of a 10-part series leading up to the overall MileSplitCA All-State teams. 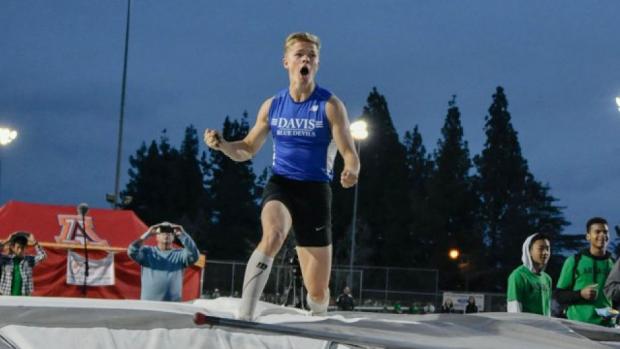