BOYS ATHLETE OF THE YEAR 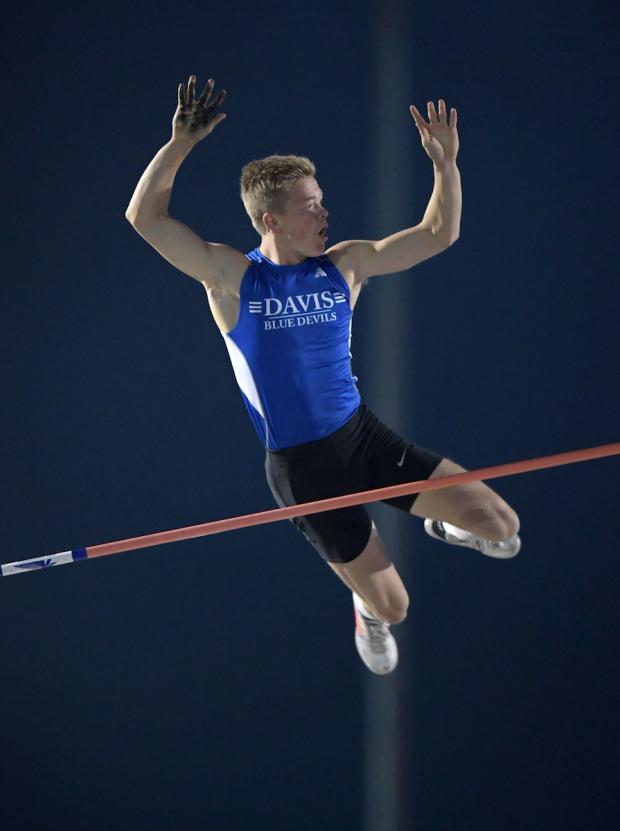 Sondre Guttormsen (Davis) -- There is no question that Guttormsen recorded the best pole vault season in California history. He broke Brandon Richards' California record at the Arcadia Invitational with a jump of 18-2.5". He also broke the state meet record with a best of 17-10. To really nail down the athlete of the year, Guttormsen also participated in the 110m hurdles and finished second at state with a best of 14.02. Along with his brother Simen and Juan Zarate-Francis, Sondre was able to lead Davis to a fourth place team finish at the state final.