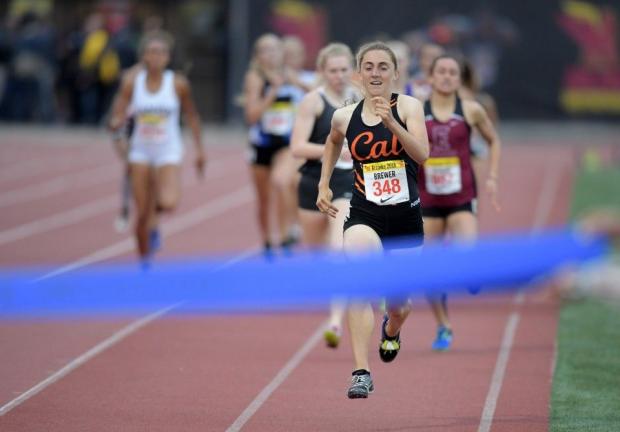 Alyssa Brewer, the two-time CIF-State champion in the 800 meters, has a foot injury and is uncertain to be able to run for a third title this weekend at Clovis Buchanan High, she said in an email.

Brewer, a senior from San Ramon California HS headed to USC, is ranked No. 1 in California and No. 6 in the United States with a 2018 best of 2:08.99. She said the injury has gotten worse to the point where she was unable to put weight on it Sunday morning.

Over the weekend, Brewer finished second in the 800 at the North Coast Section Meet of Champions, in 2:12.91. It was the first loss in 26 races of significance during the CIF calendar (discounting trials, pre- and post-season competition) of her four-year high school career.

"This has been a tough couple of weeks," Brewer wrote in response to an emailed question about her health. "The top of my right foot started hurting a couple of weeks ago (especially when I push off) and so I took it pretty easy the week after league finals.  I felt I ran a pretty good bunch of races at the Tri Valley meet but it was pretty painful.

"I took last week off, again resting and icing it, hoping I could get through these last two weeks.  After Friday's (NCS) trials, my foot was really hurting again but I really wanted to finish strong with no excuses.  I found during the race that I just wasn't able to sprint it in like I wanted to and had to settle for cruising it in to finish.

"(Sunday) when I woke up, I couldn't put any weight on it and I really wonder if there is much of a possibility or even sense to go to State." 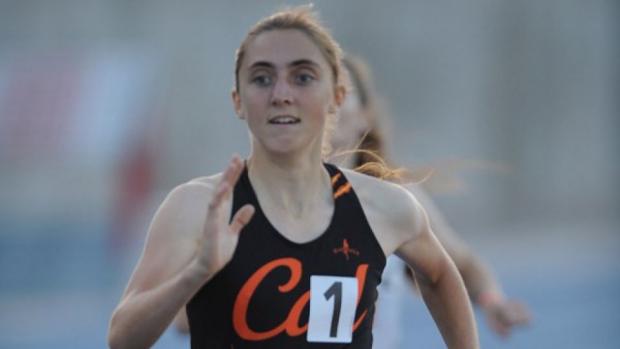 "I'm really disappointed, as I was really looking forward to going to State and having a chance to win a third title," Brewer wrote. "I felt like I was running well and in a great position to do it.  I know I have a lot to look forward to in the future, but right now, this is extremely difficult.
"I'm going to the doctors and I will take care of it the best I can but barring a major improvement, I don't see how I'll be able to run this weekend."
If she isn't able to compete, Brewer would be the latest in a list of top athletes from last year's State Meet medals stand who will not challenge for a title this weekend in Clovis because of injury.
That list includes:

Below is a list of the top 15 girls in the 800 meters this season ranked based off their season-best times in 2018, topped with notes about these top-ranked girls.