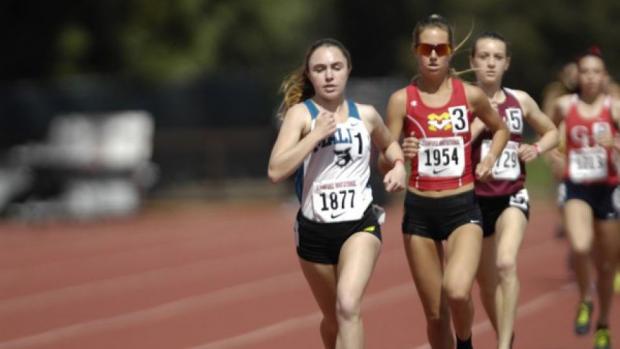 The tiny Tri-Valley League produced some huge news when defending CIF-State 3200 champion Claudia Lane was not able to compete, thus officially ending a spring track season that hardly ever got started for the Malibu junior.

Lane, a two-time national CIF-Southern Section, CIF-State and Foot Locker National champion in cross country, confirmed Sunday that she doesn't have a stress fracture, but a "stress reaction" in her foot.

"So that ends my track season, as I would not want to do anything to inhibit my training or outcomes of the upcoming cross season," she wrote in a text exchange.

Lane only ran the 3200 in invitationals twice this season -- winning at Stanford (10:24.72) on March 30 and placing second at the Mt. SAC Relays at El Camino College (10:18.68) on April 20. She doesn't have a recorded time on her profile other than that. At the meet at Mt. SAC, she talked about the struggles of the season - with both illness and physical health.

Lane wrote that the injury began "sometime before Mt. SAC Relays" but she wasn't aware of it.

"We didn't get the clarification that that is what it was until I got an MRI the following week," she wrote. "For now, I am doing pool workouts and aqua jogging to stay in shape." 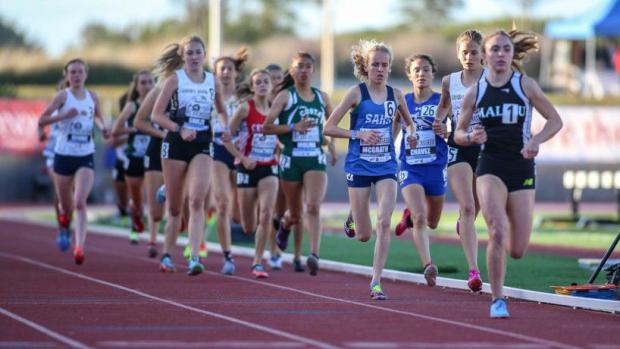 Before running second to Oak Ridge senior Maddy Denner at Mt. SAC, Lane had won 10 consecutive 3200 races, including a 9:57.52 PR run a year ago April 7 at Arcadia, and her runner-up PR of 10:07.33 last June 2 to beat the Michigan-bound Denner by nearly 12 seconds for the CIF-State title. That 9:57.52 ranked No. 2 nationally last spring and ranks 6th in CA history. Her converted two mile time of 10:01.01 ranked 15th in US history entering this season, according to the National High School Track Record Book produced by Track & Field News.

In the only race between the Lane and Denner since that final at State, Lane led from the outset in the Mt. SAC Relays at El Camino College. Denner held back early but then started to stalk the lead, taking control with about 1,100 to go and running away with announced final three-lap splits at 75-75-74 for a meet record time of 10:08.01. Denner finished 10.67 seconds ahead of Lane, who crossed just .06 seconds ahead of Oak Park junior Sylvia Cruz-Albrecht, who was third.

In the fall, she had a cross country season for the ages, winning every race she entered without challenge, setting course records along the way. She defended her titles in the CIF-Southern Section Division 4, CIF-State Division 4, Foot Locker West Regionals and Foot Locker Nationals. In covering the Morley Field 5K course at San Diego's Balboa Park in 17:03.40, Lane won the FL Nationals by 19.10 seconds over runner-up Katelynne Hart (Glenbard West HS, IL).

Lane followed her runaway victory at FLN with a spot on the USA team for the Great Edinburgh XCountry Challenge in Scotland on January 13, where she placed 7th and was the No. 2 American finisher.

Lane was sick heading into Foot Locker Nationals and got sick again after returning from Scotland. The illnesses and the extended XC season impacted her training for a track season that didn't produce a result until March 17 and ended April 20, with very little in between.