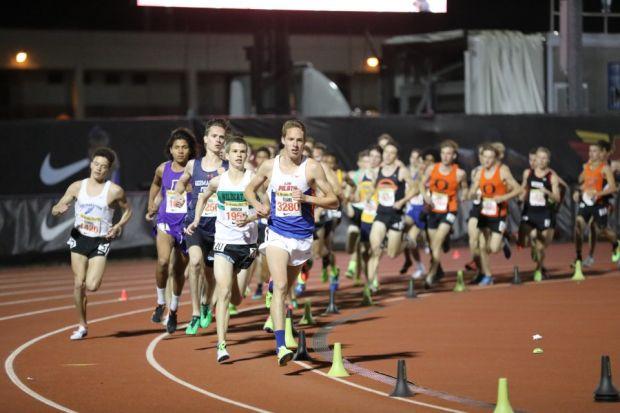 This weekend's Arcadia Invitational will host the 51st version of this meet with over 700 schools from 30 states and 6 nations.

The meet has now become legendary in the sheer talent that competes especially in the invitational section and through those 50 years, 24 national records have been set. The latest two national records set last year were the American Fork boys breaking the 4 x 1600m record that was just set the year before and Sydney McLaughlin's 38.90 300m hurdles.

Californian Tara Davis also broke the National Federation record in the 100m hurdles with her 13.01 victory.

Despite all the incredible performances on the track and in the field, the undisputed main event of the Arcadia Invitational is the Invitational section 3200m. It has become the place to be for many of the best distance runners in the nation. It's where all the cool kids go to break 9 minutes.

Of the 516 sub 9:00 3200m performances in the @milesplit database, 155 come from the Arcadia Invitational, the most of any meet. The second highest - the California State Meet...with 55. Check out this year's entries: https://t.co/DihpQVkLLl pic.twitter.com/MRu7a1hUas

Over the past decade, the amount of sub-9 minute 3200m athletes has increased to an incredible amount with a high point in 2015.

You can check out those stats on the next page.

The Arcadia Invitational has definitely been a factor as many of those fast times take place at that event. There are however other reasons for the 3200m boom. 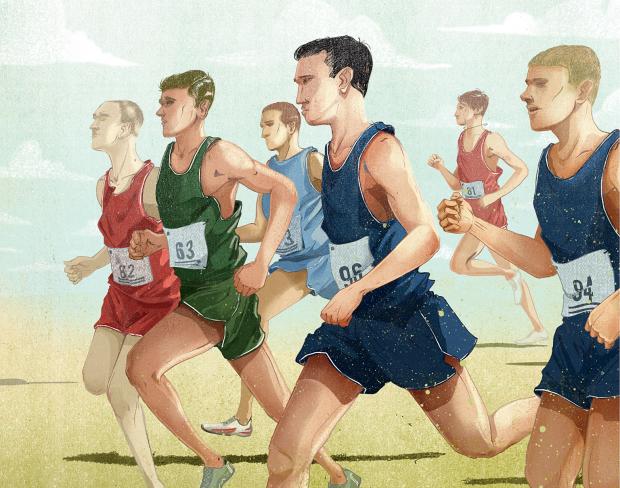 Much has been written about the resurgence of American distance running and according to Amby Burfoot's (American marathon runner who won the 1968 Boston Marathon) article "The Turning Point" (illustration above courtesy of the article and Jonathan Bartlett), that return to glory all started at the 2000 Foot Locker National Championship meet at the Disney World's Oak Trail golf course in Orlando where Dathan Ritzenhein, Alan Webb, and Ryan Hall clashed for the title of best cross country runner in the nation.

(You can read that Runner's World article at this LINK.)

According to Burfoot, the reasons for the turning point was due to four reasons: the internet, the 1996 Atlanta Olympics, Jack Daniels' book and the two Steve Prefontaine movies. I will delve deeper into the internet impact on the next page but want to briefly discuss his other three factors.

Jack Daniel's is an exercise physiologist, coach and was an Olympic medalist in the modern pentathlon who wrote the blueprint that elevated the knowledge of coaches throughout the world. His book, "Daniel's Running Formula", came out in 1998 and is now in it's 3rd Edition.

The last reason was the two Steve Prefontaine movies that both came out in the late 90s. "Prefontaine" premiered in 1997 while "Without Limits" premiered in 1998. A whole generation of high school runners was introduced to the brash runner who threw himself fully into running and raced with a determination that inspired many that followed him.