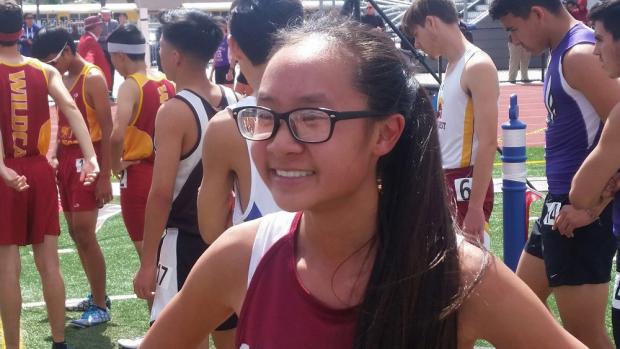 COVINA - Experience was the name of the game Saturday at The Qualifier held under partially cloudy skies at the Covina Valley District Field, the newest athletic venue in the San Gabriel Valley.

The meet offered all field events for all levels, along with many individual events and relays, giving athletes and teams the seasoning they'll need for the rest of the season.

"Things have gone smoothly," meet director Kevin Glaspy said at mid-meet. "We've had great weather, it's been on time and we have great attendance. I couldn't be more pleased."

Certainly St. John Bosco multi-sport athlete Nathaniel Jones was happy after finishing in 11.27 seconds in the 100 meters to easily win the boys frosh-soph race. He is also a running back in football who new Braves' offensive coordinator Steve Lo will no doubt be eager to employ.

"I feel good," Jones said. "I've had shin splints, but other than that I feel good. I think I can go lower." 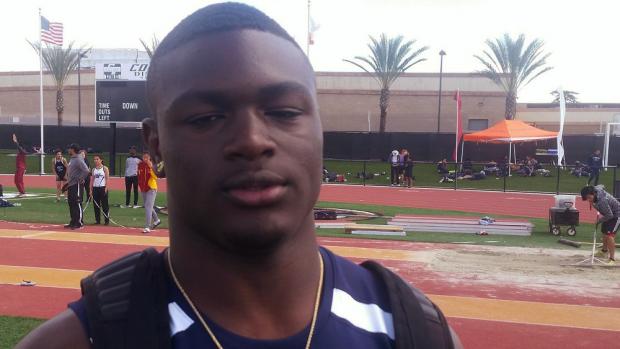 "I'm so happy," Vuong said. "I didn't think I'd be able to set it. I was nervous before the race, but I went out fast and thought I should be on pace to do it."

Pleased as well on this St. Patrick's Day was Covina coach Andrew Tachias.

"I'm happy," Tachias said. "I switched her from the 800 last year. I think that by the time she's a senior, she'll be the best distance runner Covina has ever had."

Another middle-distance runner with no complaints was Valencia's Kai Wingo, who won the boys varsity 800 in 1:58.72. Wingo, too, said he had some pre-race jitters.

"I was super nervous," he said. "I get nervous for all races. But my dad says not to think about the other runners and just concentrate on myself. I beat my (personal) record, so I'm happy."

"He got his PR and he's qualified for Arcadia," Gilkey said. "He was running all alone out there, so it was tough. He went out a little fast, but otherwise ran a smart race."

Riverside County also made its presence felt, as senior Jaden Ellis of Vista del Lago sprinted to victory in 41.43 seconds in the 300-meter hurdles. Ellis also captured the 110-meter hurdles in 14.98.

"I can do better," Ellis said. "My ankle hurts. It happened in the last meet (against Pacific). I'd like to get down to 39 seconds and then shoot for 38."