The K-Bell Invitational is the biggest Central Coast Section meet that always takes place in early March. This year, Los Gatos HS will once again host this track and field extravaganza that will feature some of the top athletes in California from several different sections.  While it seems like an impossible task to narrow down our focus to just three athletes with over a thousand competitors, you can check out the athletes to watch below. 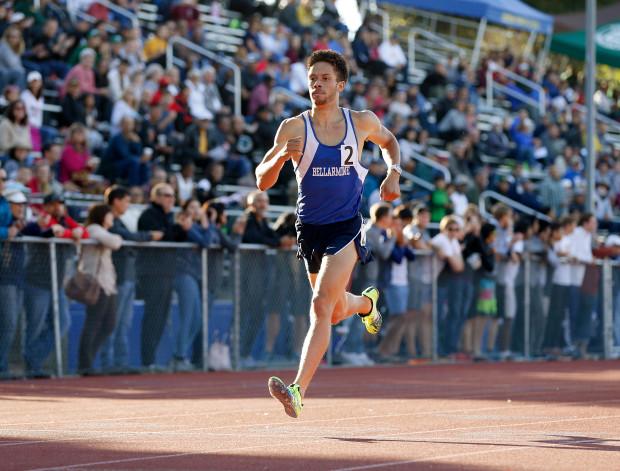 Alex Scales Bellarmine Distance Runner
Last season, Alex Scales had one of the all-time greatest seasons for a Northern California distance runner. He won 800m, 1600m, and 3200m races as well as leadoff and anchor relay teams to multiple victories at the Stanford Invitational, Arcadia Invitational and the Penn Relays. His one blemish came at the California state meet 800 meters final where Scales finished in 2nd place behind the upset victory of Jett Charvet of Heritage. Scales is entered in the 1600 meters and this could be the most competitive event in the entire meet. Among some of his competitors will be Andrew Hill senior Jorge Estrella, Carlmont senior Ryan Wilson, Willow Glen senior Zach Walker, St. Francis junior Colton Colonna and Bell teammate, Meika Beaudoin-Rousseau. Nhat V. Meyer/Bay Area News photo above. 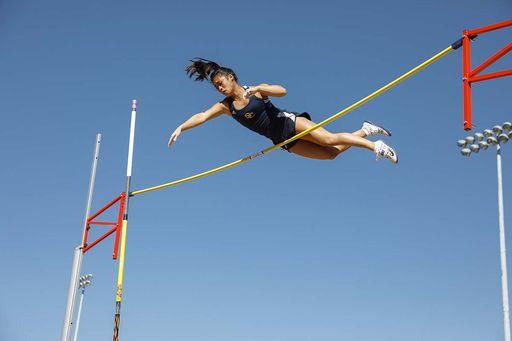 Laurel Wong Santa Catalina Pole Vaulter
Laurel Wong was the best pole vaulter in the Central Coast Section last season. She had a nearly undefeated season that only included losses at the Stanford Invitational (2nd place), Arcadia Invitational (3rd place) and the California State meet (5th place). She will have her target set for a state championship this year and this will be her outdoor opener against good competition. Tamalpais junior Lauren Ross had her own impressive season last year and will keep Wong honest here. She was a California state meet finalist and will push Wong to better her all-time best height of 13'2". Santa Catalina HS photo above.

Adam Saleh Branham 400 meters Runner
If you are looking for one of the early season finds from the Central Coast Section, look no further than Adam Saleh. During his first three high school seasons, Saleh has been primarily a jumper dabbling in every jumping event (long jump, high jump, triple jump and pole vault). This season, Saleh competed at the Simplot Games and has already run his best time in the 400 meters at 49.12. He will definitely be one of the state meet contenders from CCS considering the winning section time was 49.29 and will be looking to notch his first win of the season around the famed Los Gatos Track.