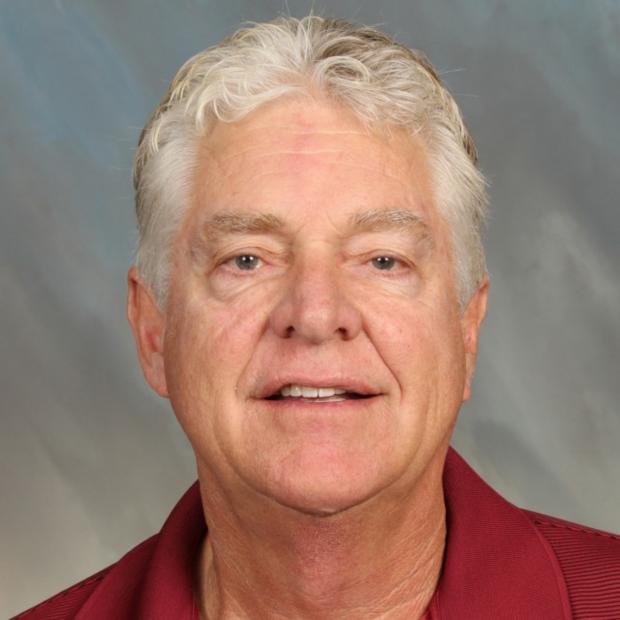 Bill Pendleton (photo courtesy of Esperanza HS) attended Gahr HS and was a three-sport (football, basketball and track and field) athlete. He continued his education at Cerritos College (home of the California State track and field meet for many years) and Idaho State. He was Scholar-Athlete of the Year at Idaho State and for the Big Sky Conference as a senior.He continued to compete as a masters competitor and won a national championship in the shot put.

Coach Pendleton was influenced by his father who was a football coach at Cerritos College. The younger Pendleton coached football at Esperanza for over 40 years and track and field for over 30 years. During that time, his throwers have been some of the best in California and for some, in the United States. 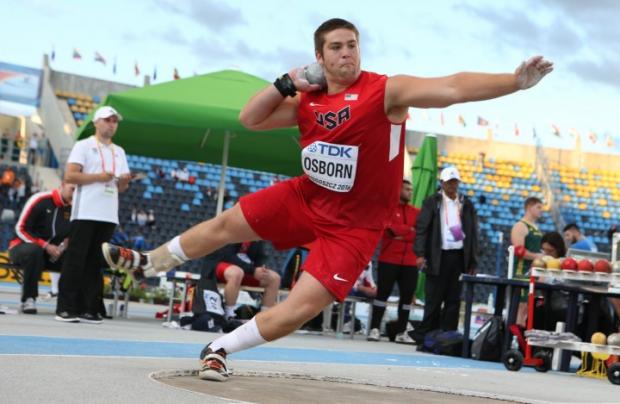 Among some of the best, Coach Pendleton coached a National Champion, Mark Parlin 1991 66'8 and 194' . He was also an All American at UCLA.. He also coached three state champions, Parlin, his oldest son, Travis Pendleton discus 203' 5 in 2000 and most recently Bronson Osborn (photo above courtesy of team website) who was state champion in both the shot put and discus as a junior in 2016. Osborn, unfortunately, was hurt before the start of his senior season and was unable to compete. Along with Osborn, Pendleton coached 17 CIF champions and 13 throwers that scored at the state meet. He's had 8 shot putters over 60' and 25 throwers over 50'. He's had 2 discus throwers over 200', 7 over 180' and 30 over 150'. He's also had 2 girls over 40' in the shot and 15 girls over 120' in the discus.

Below is a video of Bronson Osborn setting a new California record in the 16lb. shot put with a throw of 59'5.75".

You can check out Coach Pendleton's very information team site at the following link. It's a must visit for throwing coaches as well as their students:
http://aztecthrowers.homestead.com/

Lastly, a man who knows Coach Pendleton well and has coached against him for many years is Newport Harbor coach, Tony Ciarelli. Here is what he had to say about his friendly rival.

"Bill and I have been coaching against each other for over thirty years. He has been at Esperanza for his whole career, while I was at Huntington we were actually in the same league, made for some tough league finals! Bill has developed numerous elite throwers in his career. He has a great understanding of the advanced techniques of the shot and the discus. He also has a great understanding of the weight room and how to get people strong. Probably most important though is his ability to get his athletes mentally prepared. You can always count on the Esperanza throwers to be ready for the big meets. You know as an opposing coach going into CIF or State that the Esperanza throwers will be ready, technically, physically and mentally to compete at the highest level!"
Signing Day Update: Bronson Osborn To UCLA Nov 09, 2016
Bronson Osborn shocks self with bronze in shot put 2016 IAAF World U20 Championships Jul 19, 2016
Bronson Osborn makes world team in 2 events USATF Junior National Outdoor T&F Championships Jun 27, 2016
Tweets by MileSplitCA