As we transition from the just-completed cross country season, we will start to add track and field coaches to our California coaching legend series. We have a lot of choices that cover the entire spectrum of events but as always, if you have coaches that you would like to nominate, please let us know on twitter @milesplitCA or you can email us at albertjcaruana@gmail.com, jgeorge@milesplit.com, and jeffrey.parenti@flosports.tv. 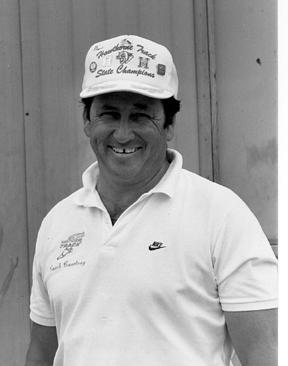 Our first installment featuring a track and field coach will focus on one of the finest track head coaches in state history, former Hawthorne coach, Kye Courtney (Burt Davis photo).

He took over at Hawthorne HS in 1979. He was an economics teacher and coached football and track and field until he narrowed his coaching duties to just track and field. Courtney at one time was also the school's athletic director. He attended a military academy in New York City and Coach Courtney was affectionately known by some of his athletes as "Coach El Commandante". At track meets, Courtney was quite recognizable in his warm-up suits and red baseball caps.

Among some of his top athletes, Courtney coached 1992 Barcelona Olympic 200 meter champion, Mike Marsh. Marsh was also a member of the world record-setting 400-meter relay team at the same Olympics. Another legendary athlete that ran for Courtney was Henry Thomas. He currently still holds the California record in the 100m (10.25) and 400m (45.09). Thomas's 400-meter time still ranks as the third fastest time in US Track and Field history. Along with Thomas and Marsh and Michael Graham and Sean Kelly, the Hawthorne foursome set the 1600 meter relay record of 3:07.40 in front of 40,000 boisterous spectators at the 1985 Texas Relays (Coach Courtney had to get a special exemption to travel beyond the then mileage limit of 500 miles). Following a false start by Thomas in the 100m against Texas legends Roy Martin and Joe DeLoach, the Hawthorne foursome set their sites on the relay record which was held by the 1981 Berkeley HS team at 3:08.94. The Hawthorne splits were Marsh 48.1, Graham 47.7, Kelly 47.1 and Thomas 44.5. The record stands to this day!

Two other outstanding sprinters that ran for Courtney were Travis Hannah (46.84 400 meters) and Curtis Conway (10.42 100 meters and 20.89 200 meters). During his tenure, Courtney's athletes set a total of four national and eight state records, some of which are still standing to this day.

Courtney's track and field teams won 11 Southern Section championships. They also won seven state championships, including six for the boys (1983-1985, 1987-1989) and one for the girls in 1986. The winning 1989 state 400-meter relay team still holds the state meet record at 40.24. With all of his success in the 1980s, Courtney was tabbed by Jack Shepard of Track and Field News as the "coach of the 80s." Courtney was also inducted into the Arcadia Invitational Hall of Fame in April 1993. He was the California Coaches Association Boys Track and Field Coach of the Year in 1988 and 1992. Manhattan College inducted Courtney into their Athletic Hall of Fame on December 3rd, 2005 for his accomplishment as a collegiate athlete. Among his highlights, Courtney was part of Manhattan's 2-mile relay team that set the World Indoor record. 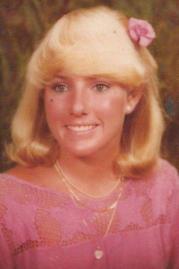 Coach Courtney was married to Joan Courtney and they had two daughters, Kim and Kara. Kim (in photo) was a star athlete at Dana Hills HS who was tragically killed by a fellow student driver during her senior year on April 1, 1981. She was planning on attending UC Davis and study veterinary medicine. For the past 36 years, Dana Hills has awarded the Kim Courtney Scholarship to a student-athlete who best resembles Kim and her accomplishments while she was a student at Dana Hills. The award is selected by the Courtney family. Coach Courtney sadly passed away in 2000 due to lung cancer. Coach Courtney may no longer be with us but his accomplishments and influence will not soon be forgotten.

Kirby Lee, one of the finest sports' photographers in the United States and whose photos are prominently featured on our site, wrote an article about Coach Courtney in the LA Times when he announced his retirement in 1993. To best sum up Courtney, Lee said "He was stern but very caring. He challenged his athletes to get the most out of their abilities in life and track."

Below are a couple of videos featuring Henry Thomas.