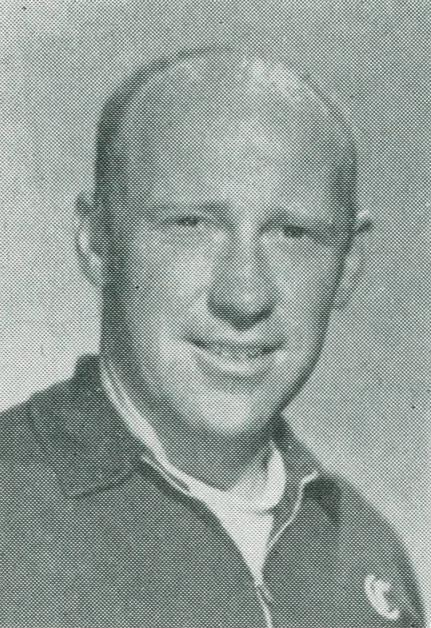 Today, in our legend coaching series, we will look back at one of the most influential teacher/coaches that spent his entire 32-year career at Carlmont HS. Loren Lansberry coached at Carlmont HS until his retirement from full-time teaching and coaching duties in 1988. Coach Lansberry (photos courtesy of Carlmont HS Facebook pages) was born on July 27, 1928 in Oregon City, Oregon. He finished his senior year at Seward HS in Alaska and then continued his college education at the University of Alaska and San Jose State. He took part in the Marine Officers Training Program which laid the groundwork for his "No Pain, No Gain" and "There is no such thing as pain!" philosophy. 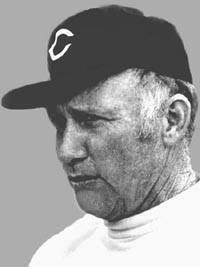 During his tenure at Carlmont HS, Coach Lansberry regularly fielded some of the top cross country teams in the nation. From the late 50s to the late 70s, Carlmont regularly finished in the top 10 in the National Postal meets including a national-best 1:15:45.0 3 mile relay in 1970 and another national best 2 mile relay time of 47:31.9 in 1971. His 1963 team won the NCS XC title two years before CCS was formed in 1965. Individually, the late Hans Templeman won CCS in 1970 and Bob Love was another individual winner in 1977.

His Track and Field teams recorded an eye-popping 304-31-2 dual meet record as well as state champion Wyatt Bishop in the 800m in 1976.

Lansberry was just as revered at Carlmont HS for his PE classes which included dance and of course hill running. He also led the mountaineering program which included many legendary trips. He was inducted into the San Mateo County Sports Hall of Fame in 2002. You can check out his induction below which included former runner and SNL alum, Dana Carvey.

Carvey can also be seen below in a HS team photo along with teammate Steve Fuller who is one of our regular California photographers on MileSplitCA. Carvey's older brother Scott was part of the national leading team in 1970. According to Scott, Dana's first workout as a freshman was 12 miles! 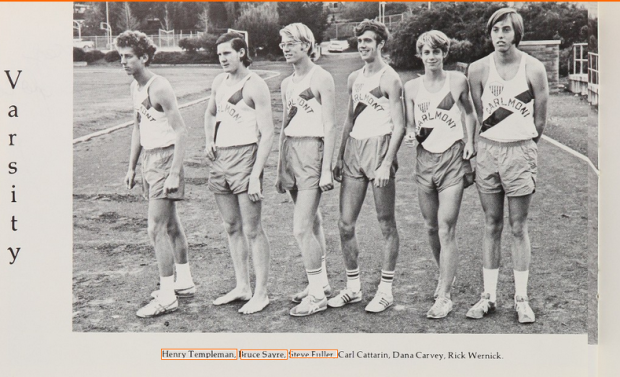 Coach Lansberry's lasting legacy along with his team's successes was his role in helping create and design the Crystal Springs cross country course (map below) along with College of San Mateo coach, Bob Rush. The course was first established in the late 1960s in Carlmont's backyard and the current course dates back to 1971. You can check out the history and records of the course at this LINK.

Coach Lansberry passed away on November 17, 2005. He was a beloved teacher and coach who inspired many students and athletes. Here are some of the postings by some of his former student-athletes. 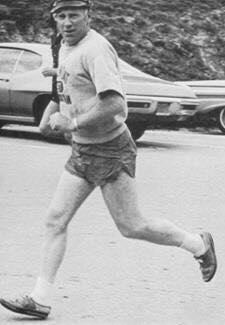 "Mr. Lansberry was a TEACHER first, and a coach second. His mountaineering PE classes were very popular, demanding, and appealed to a wide range of students. Mr. Lansberry defined what a track program should look like. He built Carlmont into a track powerhouse that lasted for years. His dedication and oft times single-mindedness set the standard for track in the NCS, and then the CCS."
- Terry Stogner

What I can remember about coach Lansberry was his ability to evaluate talent, to see something in you, you don't see in yourself. I remember when he told me that I should run the 440-yard dash and the mile relay. I was so upset because I thought I was a 100-yard dash man. He knew that I could best help the team by running those events. My relay team went on to be undefeated that year. The man was stern but honest and fair. -- Semper Fi Coach Lansberry
- James Simmons, Class of 1985, Former Marine Sergeant
"What can I say about Coach Lansberry... He left an impression on me that will last a lifetime. Dedication, love for his students, level-headed, are but a few of my thoughts of him. He taught team, every member was integral to success. I will remember him as a mentor and for many of us, he spoke about what "winning" not losing, and this is simply doing the best you can with the gifts you were given. Thanks coach for the lifetime of lessons!"
- Bob Love (1974-1978)
"I heard about Coach Lansberry's death last year and several times started to write something about what this terrific man meant to me. He was not only my coach, but was a times my surrogate father. He taught me many life lessons and I have thought of him often over the years. When I started coaching high school Track and XC 7 years ago, I dragged out my running logs and fondly remembered all those great times we had and the stories he told. I refer to him often when discussing issues with my athletes today. He was a great man and a great coach. I can only hope to leave a mark on this earth as big as his when I am gone." Steve Fuller (70 - 73)
Tweets by MileSplitCA