This is the 14th year for the Nike Cross Nationals formerly known as Nike Team Nationals. From 2004 until 2013, Portland Meadows was the host until the change was made to the Glendover Golf course in 2014. The change of venue has been a game changer for California teams as the amount of CA podium teams suddenly increased to a record rate.

Only one California individual has won an NXN race and she did it twice. Simi Valley's Sarah Baxter won the 2011 and 2012 races before she suffered a very rare defeat as a senior in 2013. Teamwise, the Royal boys were the first CA team to make it to the podium with a 2nd place finish in 2006. The Saugus girls had a nice run with two 2nd place finishes in 2007 and 2008 followed by a 3rd place finish in 2010.

The Arcadia boys finally made it to the top of the podium in 2010 and doubled their pleasure in 2012 with a 2nd NXN title. With the change to Glendover, the Great Oak girls finished in 2nd place in 2014 followed by two 3rd place finishes in 2014 and 2015 and 2016. The Davis girls were able to surpass Great Oak in 2015 and 2016 with two 2nd place finishes. The Great Oak boys became the 2nd CA team with an NXN title in 2015 with Dana Hills also making the podium that year. 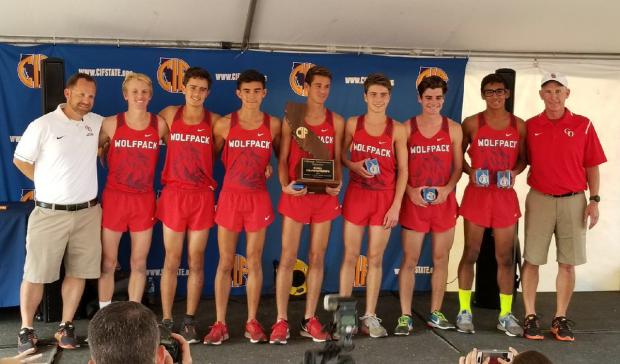 BOYS
Fast forward to this year and 6 California teams will chase more hardware in two races. The boys will lead off at 10:05am and you can follow the live results at this LINK. A big factor this year will be the rainy conditions which will start on Thursday and continue through Sunday. If you ask most experts, the top two teams nationally have been Loudoun Valley and Great Oak. The winner should be one of those teams with the Great Oak pack (18.9 second spread between 1-5 at state) vs Loudoun Valley's strong front four runners. Great Oak will need to handle conditions that they do not normally face considering they are in a desert area while Loudoun Valley will need an inspired effort from their 5th man. Roosevelt finished in 2nd place behind Great Oak at the California Division I race but were leading the Wolfpack with less than a mile to go. With a good effort, they could finish well into the top 10. St. Francis Mt. View won the showdown with Dublin in the Division II race and have proven they can be a top 10 team at NXN.

Individually, Justin Hazell from El Camino HS recorded the fastest time of the day at the California state meet. He was also equally impressive at the Woodbridge and Clovis Invitationals where he recorded victories at both meets. Along with his California teammates, Hazell will need to handle the wet and muddy course. The most experienced CA runner is Redwood junior, Liam Anderson. He qualified for NXN as a sophomore and finished in 22nd place. The youngest competitor is Jesuit sophomore Matt Strangio who qualified from the rugged Division I race. The other two qualifiers are tough and consistent Kevin Ramos of Rubidoux and Colin Fitzgerald of Crescenta Valley. 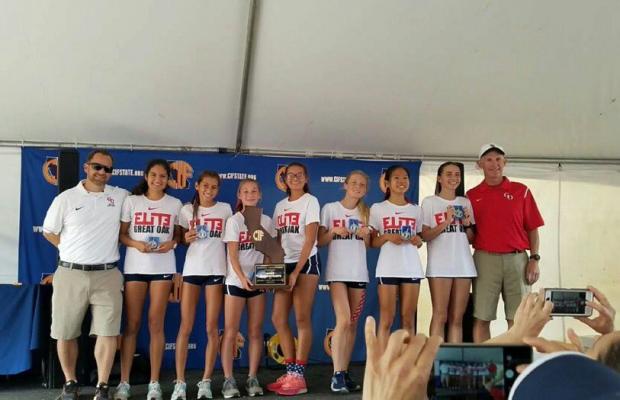 GIRLS
The undisputed, most successful, girls' team in NXN history continues to be the Fayetteville Manlius girls. They will be favored once again this year and it would be hard to pick any other team to win although Travis Miller is sticking with his Wayzata pick. After the FM girls, things appear to be a bit more wide open with the three California teams in the mix for top finishes. The Great Oak girls won their 6th straight Division I title and will be aiming for another podium finish. The Buchanan girls have been highly rated throughout the season and with two elite runners (Corie Smith and Meagen Lowe) up front could be in line for a top 5 finish. The Claremont girls qualified as an at-large team and have only experienced defeat to the Great Oak girls. They are aiming for a top 10 finish and with an inspired effort could be a podium challenger.

The fastest runner at the California state meet, Claudia Lane of Malibu, has chosen to pursue another Foot Locker title. The next best California runner is Haley Herberg of Capistrano Valley. She was quite impressive in taking the Division II title with a 17:00 personal best time. She is definitely a candidate for a top 10 finish. Saugus senior Mariah Castillo has been impressive this season and just recorded a 4:46 1600m time trial. The rest of the California contingent includes highly rated Elena Denner (Oak Ridge), Lauren Peurifoy (Martin Luther King) and Sara Leonard (Canyon, Anaheim).