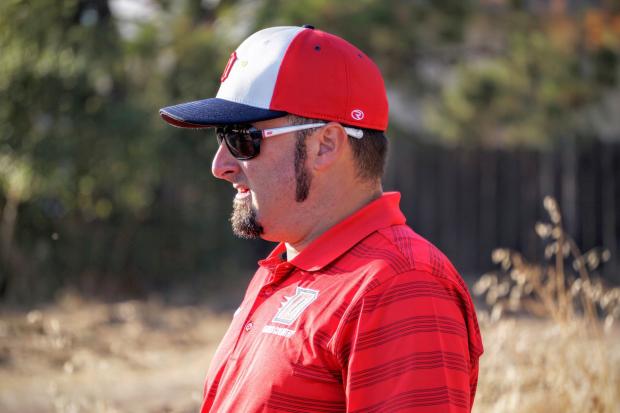 I had the pleasure of interviewing Dublin High School Cross Country and Track and Field coach, Chris Williams. His boys team recently finished second at the Clovis Invitational, behind national powerhouse, Great Oak. Dublin is currently the top-ranked Division II team in California and according to the just posted speed ratings, they are the third best team in the nation behind Great Oak and Loudoun Valley, and fifth in the latest Flo50 Boys Team Rankings. During the track and field season, coach Williams hosts one of the most popular track and field meets in California, the Dublin Distance Fiesta. Since his first year at Dublin in 2009, the meet has grown to one of the largest distance meets on the west coast. Thanks to coach Williams for answering all my questions and sharing with us the keys to his success as a coach both in the fall and spring.

1) What was your own running experience in high school? Highlights? Proudest achievements?

2) Who was your high school coach and what did you learn from him that carries over to what you do now as a coach yourself?

3) Tell us a little about your coaching experience at Skyline HS. What was the state of the team when you first started? What changes did you make? Who were the kids that really bought into your program and elevated to a new level?

4) What were some of the accomplishments of the Skyline HS team that you are really proud of as you look back at your time at that school? 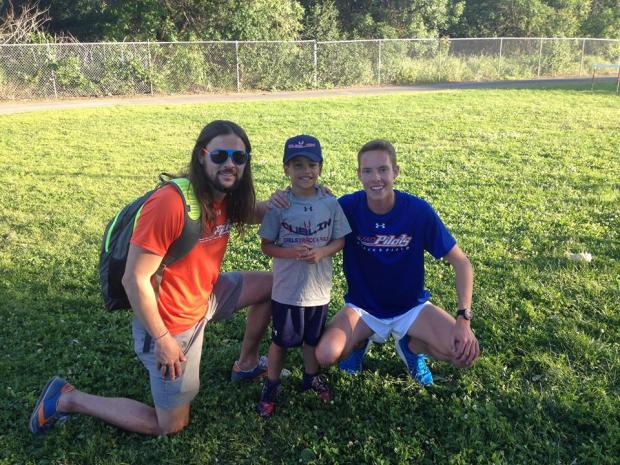 5) What led you to move to Dublin HS? What else do you do at Dublin HS aside from your coaching duties? How have you changed as a coach since having your three children (Son Christopher with Cooper Teare and coach Alex Mason above)?

6) Since your first year coaching at Dublin HS, what have been some of the biggest changes you have made that has allowed your teams to compete so well in your league as well as some of the bigger Invitationals?

7) Last cross country season, Dublin had it's most successful season in school history. Now that you can appreciate those accomplishments a year later, what are you most proud of about your athletes' accomplishments? What did you learn from that season that will help your current team?

8) You have also had success with your track athletes. Tell us a little about some of your top performers and what they were able to accomplish?

9) Who have been your biggest coaching mentors for you and what have you learned from them? 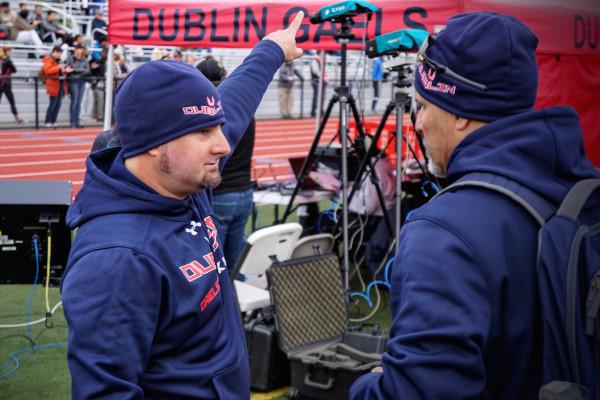 11) During the Track and Field season, you host one of the most popular distance meets at your school. Can you tell us a little about the Dublin Distance Fiesta and how it started, what makes it so popular and why teams should come to your invitational (Coach Williams with athletic director Peter Scarpelli)?

12) What is your advice for coaches who are new at a school and want to field competitive teams? 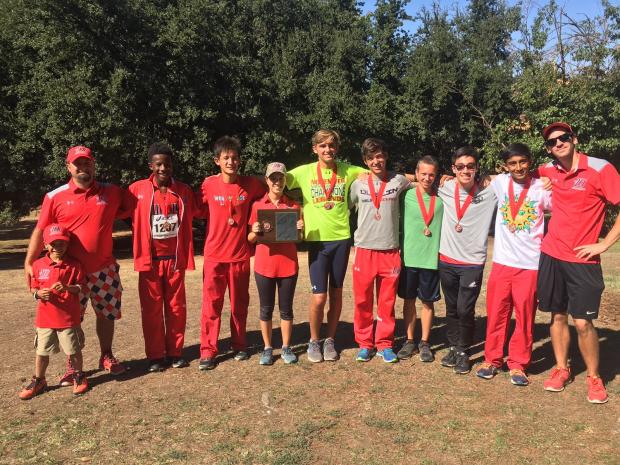 13) This past season, the NCS divisions changed quite a bit from past seasons. For those that are not aware why those changes were made, can you explain the reasons for the changes and the potential benefits for the section in the future?