Every year, the Mt. Sac Relays provide us with an array of excellent races from the prep level all the way to the professionals. This year looks to be no different as many athletes are coming off of an extraordinary weekend at the Arcadia Invitational. With their new PR's and boosted confidence, we hope to see them perform at the level they did last weekend.

We could write volumes about every high school event at this meet, so each of us have picked a handful of events that really stand out in our minds for their competitiveness and interest level. Check back for daily updates on top performances, photos, and (eventually) videos of the high school events! 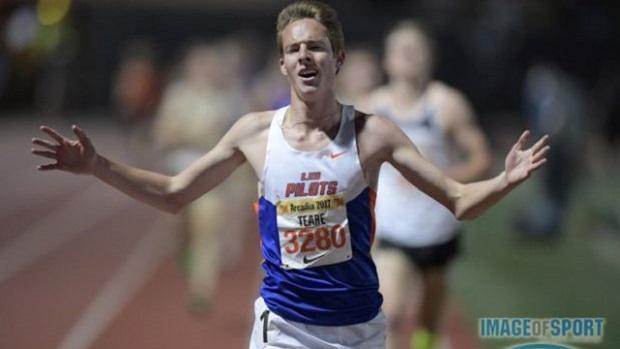 Perhaps the biggest story coming into the meet is the rise of Cooper Teare. The defending 3200m state champion had proven himself on the state level, but his status on the national level was still uncertain, especially after his 16th place finish at NXN this past fall. However, after dropping an 8:41 3200m at Arcadia last weekend and winning the New Balance Nationals Indoor Mile earlier this year, he is now cemented as one of the top preps this season. Teare now has his eyes set on history as he will be making a run at breaking four minutes in the Boys Mile on Friday night. A few notable names running alongside him are Callum Bolger (4:07) and the Claremont duo of Owen Bishop and Ryan Renken (4:11 and 4:12). If Teare does break the four minute barrier, he would become the 10th to do so and the 5th in the past three years.

In the Boys 110m Hurdles, we have the rematch of Joseph Anderson and Deion Lightfoot-Shelton. These runners are ranked #4 and #8 in the US as well as #1 and #2 in the state respectively. Their rivalry goes back to last season where they finished 1-2 at the State Meet, with Anderson getting the win in 13.59 to Lightfoot's 13.97. Both PR'd last weekend at Arcadia, and you can bet they will light it up again!

The ultra-dominant Great Oak Girls 4x1600 will have one last go around at the National Record, as they have been flirting with it for the past 3 seasons. They came their closest when they ran 19:52 at last year's meet. Last week the team ran 20:05 to win at Arcadia, so if they expect to get anywhere near the record of 19:49 then they need to drop 16 seconds or 4 seconds per leg. The only team that may give the Wolfpack a run for their money is Saugus who placed second at Arcadia despite being 30 seconds behind Great Oak. It seems like yet again, it will be the ladies vs the clock.

In the Girls 200m, the field is absolutely loaded, containing 3 of the 4 fastest runners in the state with Jasmin Reed, Shae Anderson, and Ariyonna Augustine. Reed and Anderson have both run under 24 seconds while Augustine has run 24.18. As some of the fastest sprinters in the nation, we can expect them to further improve their marks. Shae Anderson ran her 23.73 (US #9) less than an hour after competing in the 300m Hurdles where she ran US #7 All Time. With fresh legs going into this race, she is definitely going to run a blazing fast time. 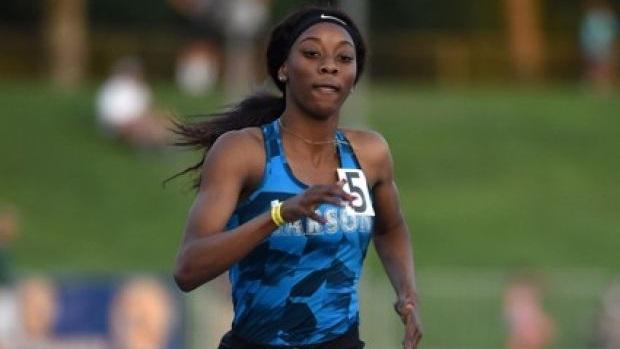 Ben wants to see Shae in the 200, but for me it's the Girls 400 that's the star of this meet. Defending state champion Kaelin Roberts is making her 2017 debut at this distance, and she couldn't have asked for tougher competition for it.  Not only will she face the current CA #1 US #2 in Anderson, but CA #2 US #3 Carolyn Wilson will also be in the race. Those two have already clocked low-53 times this season, leading to a tantalizing possibility: could we see all three under 53? A lot depends on where Roberts is in her training; the last two years she has put up a big 400 time in early April, but this year Carson seems to be taking a more gradual approach. (Note: Anderson is entered in the 100H and 300H, but is not going to compete in them.)

I also really like the field in the Boys 4x100, and I'm hoping the race can produce the first sub-41 time in the state so far this season. The top three squads in California are in the race (Rancho Verde, Upland, Paraclete), and you also have CA #6 Long Beach Poly and CA #10 Yucaipa to make things extra competitive. The 4x800 is also pretty strong, with 6 teams that have been under 8 minutes led by Great Oak and West Torrance. You should also watch the Boys DMR, with CA #2 Great Oak and CA #3 Mira Costa both hoping to go under 10:10. You also have Redwood (Visalia), Loyola, and Claremont pushing the pace, giving us the possibility that California teams could occupy the entire national top 5.

At the 2016 Mt. SAC Relays, the boys' throws took center stage when Bronson Osborn broke 200' and 70' on the same day. This time around it's the girls throws that are absolutely loaded, especially the Girls Discus, featuring 6 of the current top 10 in the state. That includes US leader Ashley Anumba, as well as US #9 Jocelynn Budwig. They will be pushed by Hannah-Sophia Hall (CA #4), Felicia Crenshaw (CA #6), and Erica Grotegeer (CA #10). The shot isn't too shabby, either, with Anumba squaring off against CA #2 Alladia Patterson - and that doesn't even include Nevada's Cassidy Osborne-Butler, CA #5 Faimalie Sale, and top-10 throwers Budwig and Hall.

The field event with the most star power this weekend is the Boys Pole Vault, because World Junior Record holder (and current world leader) Armand Duplantis is in town. As amazing as it is to even think of this, Duplantis could conceivably enter the competition after CA #1 US 4 Tate Curran is already out, even though Curran has cleared 17' multiple times this spring! Behind those two stars, there should be an interesting battle between several mid-15's jumpers: Mike Magula, Trevor Sheldon, Samuel Wright, and Ryan Fegan are all within 4" of each other in terms of season bests, and there are two more who have been over 15 feet in the Invitational section.

To my mind, the most intriguing girls elay is the 4x200, which features the current top 3 teams in the state and one more squad that will likely be in there by the end of the meet. Serra ran 1:38.68 last week, with Rancho Cucamonga and Chino Hills just above 1:40, and all three are back for more. Add Carson to the mix, and you have the formula for something special! However, the 4x100 is arguably the most stacked relay of the meet, with 7 of the top 9 teams in the state going head-to-head. Carson may be the heavy favorite there, but watch for the battle between Roosevelt, Poly, and Upland (and maybe more) for second place and sub-47.