This Friday, the newly refurbished Los Gatos HS track will host the 37th Annual CCS Top 8 meet. It will be a preview of the CCS championship meet which will take place at San Jose City College on Friday, May 27th. Below are my choices for athletes and relay teams to watch this coming Friday. Some of them will be favorites and some have been under the radar this season and Friday might be their coming out party. Photos are courtesy of Kirby Lee and www.imageofsport.com unless noted differently. 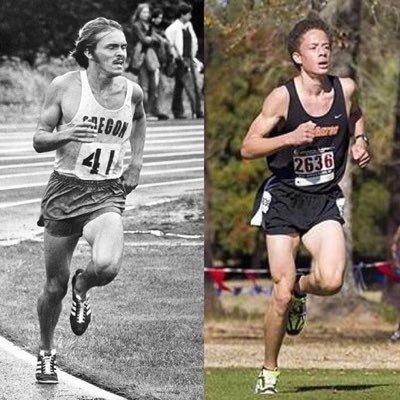 10) Alex Scales Bellarmine Sophomore
At this past weekend's Serra Top 7 Invitational, Scales (photo courtesy of his twitter account) won the boys' 800 with a time of 1:55.97. That time ranks him #2 on the CCS 800 list behind teammate Benjamin Micallef (1:52.48). What was even more impressive, Scales was stepped on in the first 100 meters and lost one of his spikes which meant he ran the majority of his race with one shoe. Scales is scheduled to compete in the 1600 and 3200 and will be chasing a very fast time in his first event, the 1600.

9) Armon Plummer Serra Senior
Plummer has the fastest times entered in the 400 and 300 hurdles at this meet. He ran a personal record 49.91 earlier this season a dual meet against Riordan. He also established a new personal record this past Saturday at the Serra Top 7 Invitational in the 300 hurdles with a time of 38.90. He will also run a leg on Serra's 1600 relay which will look to challenge the favorite Bellarmine Bells as you will see below.

8) Jazlynn Shearer Silver Creek Freshman
Shearer is the best 100 hurdler in CCS with a mark of 14.49 which she accomplished at the Arcadia Invitational. That mark ranks her 9th overall in California just ahead of fellow freshman phenom, Tierra Crockroll, Calabasas. Shearer will compete in the 400 relay, 100 hurdles, 100 and 200 on Friday. 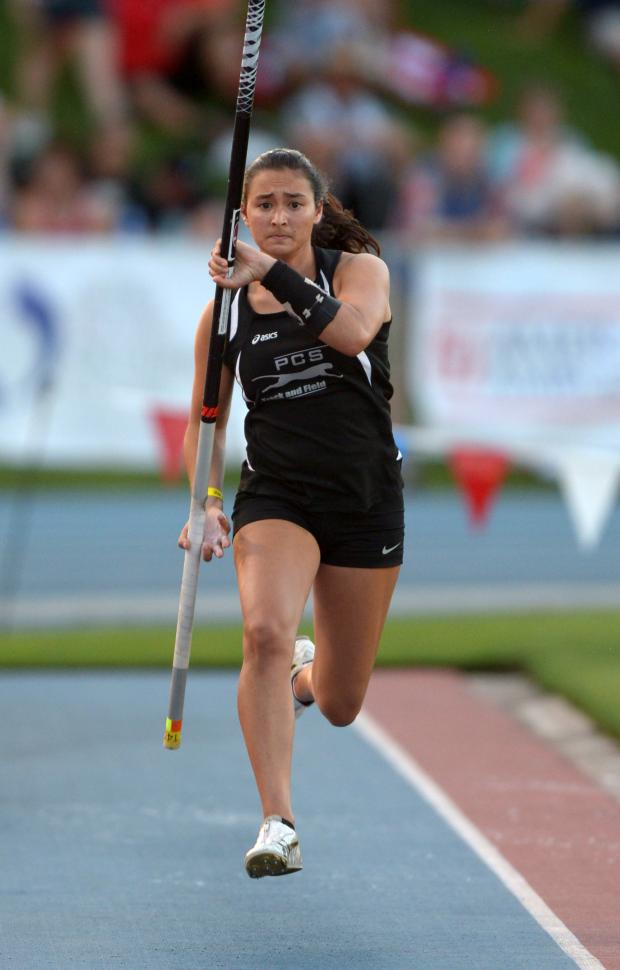 7) Erika Malaspina Pacific Collegiate Senior
Malaspina is a two time state competitor and the defending CCS champion in the pole vault. She cleared a new personal record in the pole vault at the Bill Kearny Invitational with a mark of 13'6". The CCS Top 8 meet record is 13'8" by Castilleja's Tori Anthony in 2007. 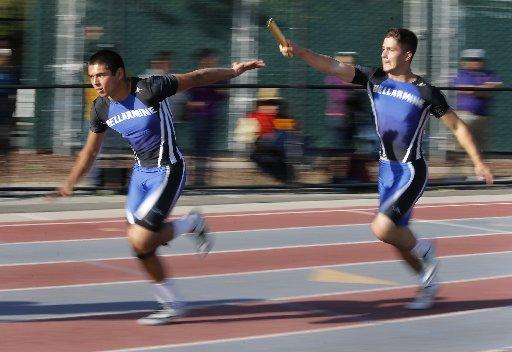 6) Bellarmine 400 and 1600 relays
Bellarmine (photo above courtesy of Jim Gensheimer and Bay Area News Group) currently holds the top marks in both events at 42.17 and 3:21.87. They ran 42.18 at the Serra Top 7 Invitational and could be looking at dipping under the 42 second mark here in the short relay. They will be pressed by Los Gatos, Serra and Los Altos in the 1600 relay and we may see a sub 3:20 winning time. The current meet record is 3:18.49 by Independence HS in 1991. 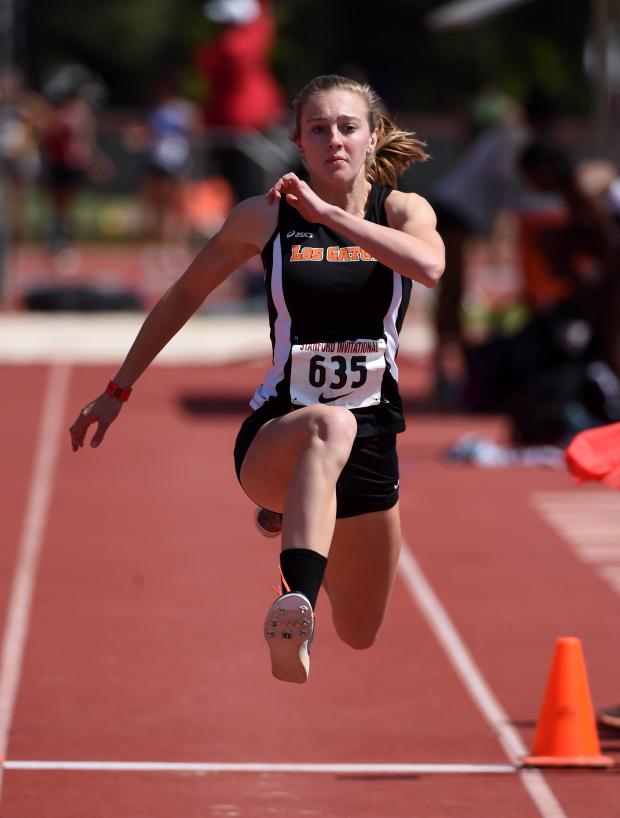 4) Caice Lanovaz Los Gatos Senior
Lanovaz is one of the most versatile Track and Field athletes in CCS. At the Arcadia Invitational, she competed and won the girls' heptathlon with a score of 4898. She is the all-time CCS record holder in the event with a score of 5130 that she accomplished at the USATF Jr. Nationals last June in Oregon. She will compete in the 100 hurdles, 200, long jump and 1600 relay this Friday. Her season best marks in each event are 15.05, 25.25 and 18'7.75" respectively. 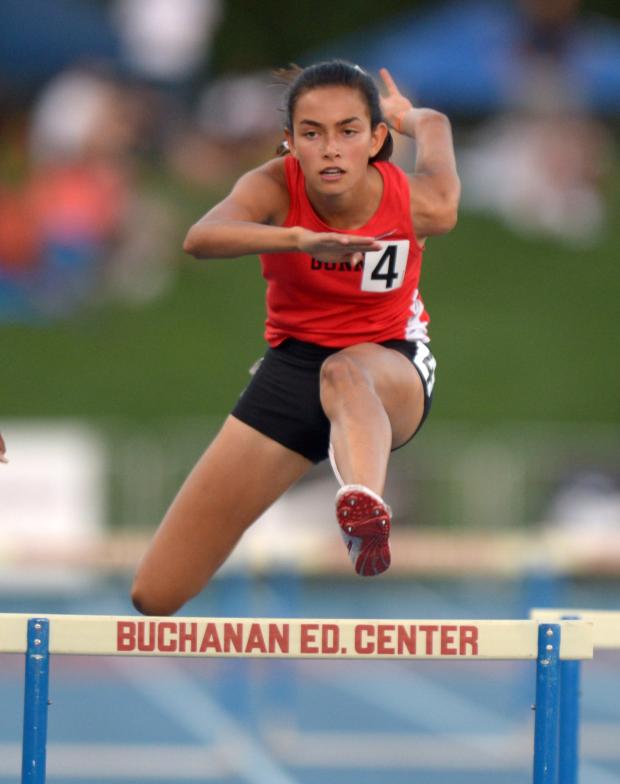 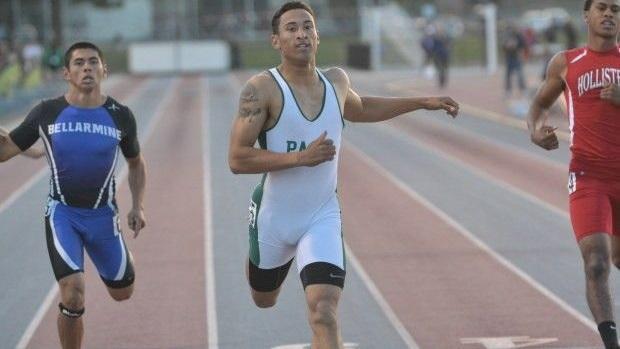 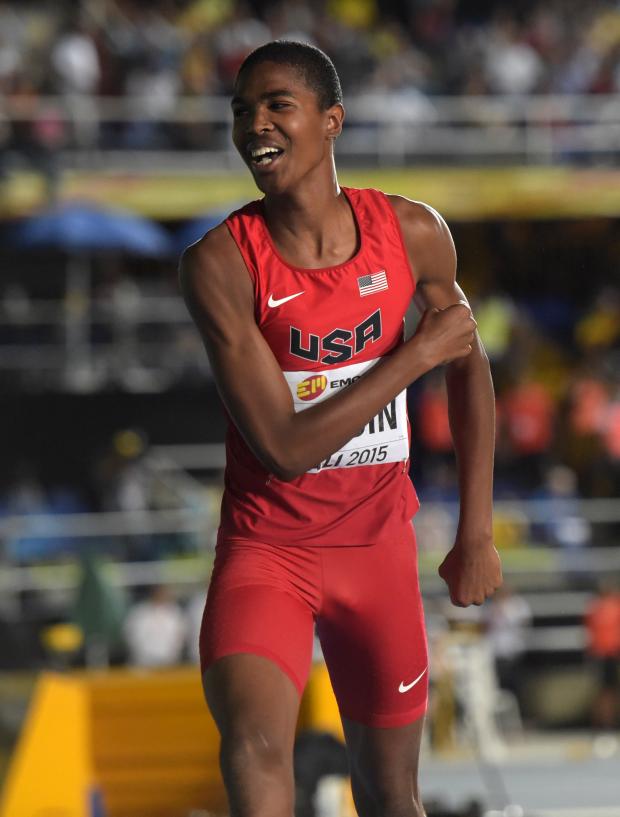 2) Darius Carbin Mt. Pleasant Senior
Carbin owns the best high jump mark indoors with a mark of 7'1.75". He has jumped 6'11" outdoors at the Arcadia Invitational which places him in the top 10 nationally. He will participate in the high jump as well as the long jump and triple jump. He will be the heavy favorite to win all three events on Friday and if he were to duplicate that feat at the CCS finals, Carbin may be the first CCS male athlete to win the three jump events. As pointed out by one of our readers, Wendy Brown of Woodside HS won all three jump events at the CCS finals and state finals in 1984. Along with her 2nd place finish in the 100 hurdles, Brown scored 38 points at the state finals to secure the team victory for her Woodside team (scoring all her team points). 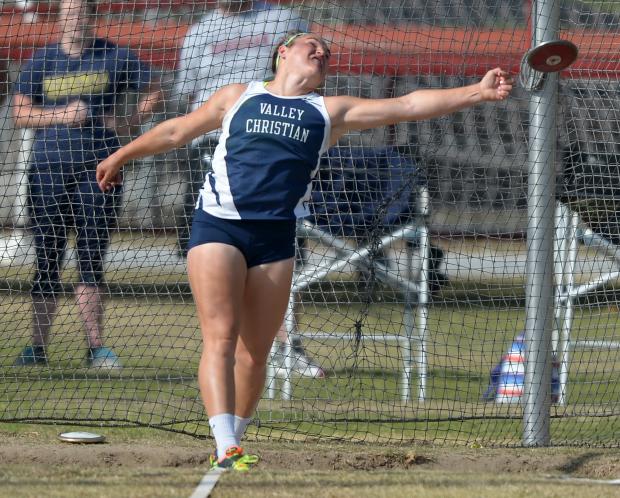 1) Elena Bruckner Valley Christian SJ senior
The best thrower in the nation in both the shot put (53'5") and discus (181'1") will compete here. She is also scheduled to compete at the St. Francis Invitational the following day and has traveled to Texas and Southern California in previous meets. She should win both events easily and her only competition will be her own meet records. Bruckner established both last year and the two marks are 50'5.25" in the shot put and 160'9" in the discus.