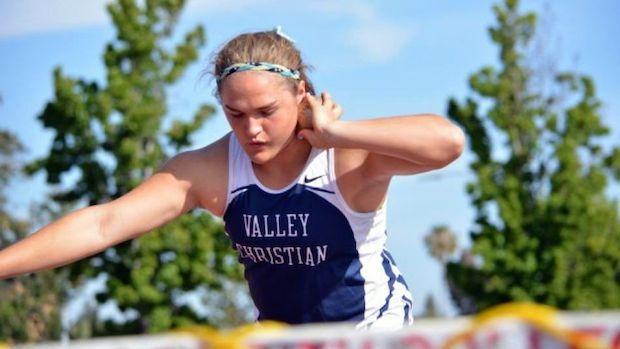 I am very positive that the winner will come from one of the names listed above. Those 5 athletes seem to be clear of the field and will all make it to the state meet podium. I am also fairly positive that the winner will be Elena Bruckner of Valley Christian SJ. She has been the most consistent shot putter in California and with her winning effort at the CCS meet (53'5.5"), Bruckner took over the national lead as well. She has proven to be a very tough competitor who had her best marks at the biggest meets and will be very tough to beat. Laulauga Tausaga of Mt Miguel recorded her best throw at her section meet and will keep Bruckner honest. Nia Britt of Notre Dame, Sherman Oaks has thrown over 47 feet in her last three meets and will be aiming for a top 3 finish. SJS competitors Megan Dulaney of Rodriguez and Brandi French of Vacaville will also try to break into the top 3 as well. 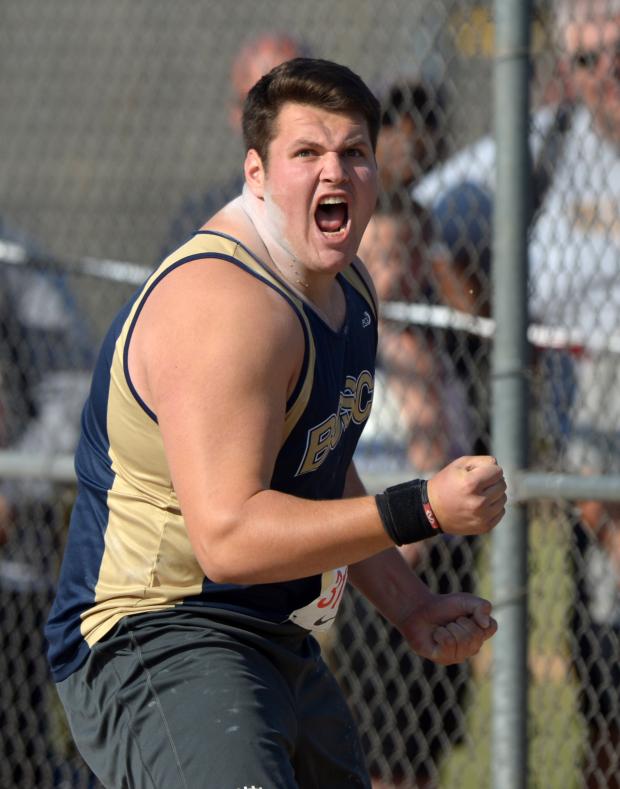 Just as in the girls competition, the boys will have an overwhelming favorite in St. John Bosco senior, Matt Katnik. He has thrown consistently over 70 feet in the past few meets and could conceivably win the competition with his worst throw. With first place seeming to be all sown up, the only question might be if Katnik could put a scare in the state meet record which dates back to 1990. Nathan Bultman of West Ranch finished 2nd to Katnik at the SS Masters meet and should finish 2nd here as well. The 3rd place position will be more competitive between sophomore Bronson Osborn of Esperenza and Charles Lenford of Oceanside, the San Diego section champion.