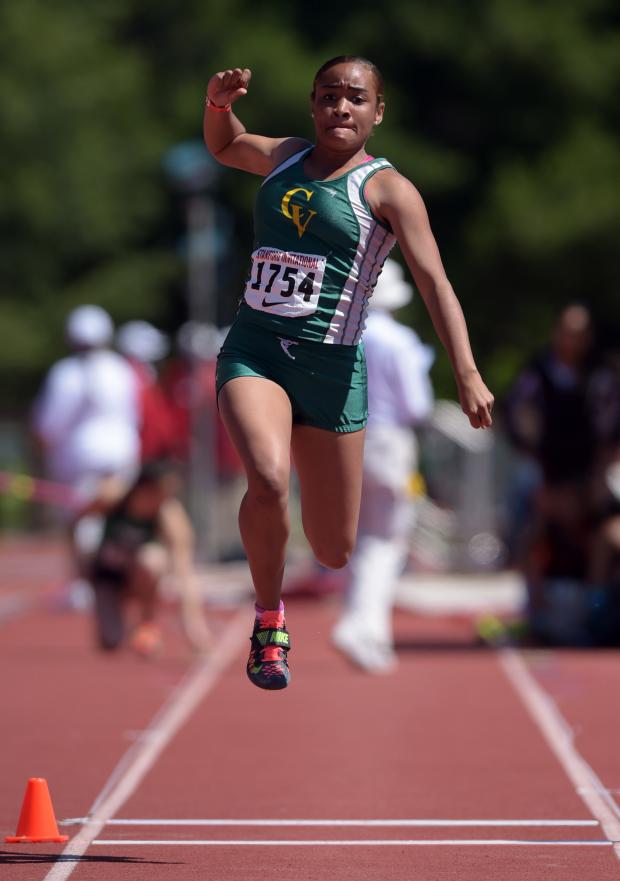 The case can be made for co-favorites with NCS Champion Kennedy Jones of Castro Valley and SS Masters champion Tara Davis of Agoura. They were separated by less than an inch with Jones jumping 40'9" and Davis 40'8.25". Christina Chenault of Carondelet pushed Jones at the NCS meet also jumping over 40 feet (40'1"). Ciynamon Stevenson of Great Oak has also cleared the 40 foot barrier this year and Great Oak will need valuable points in order to get on the podium as a team. One of the most improved jumpers this year through the season is 9th grader Kali Hatcher of St. Mary's Berkeley who scored another personal best with a 39'8.75" jump. 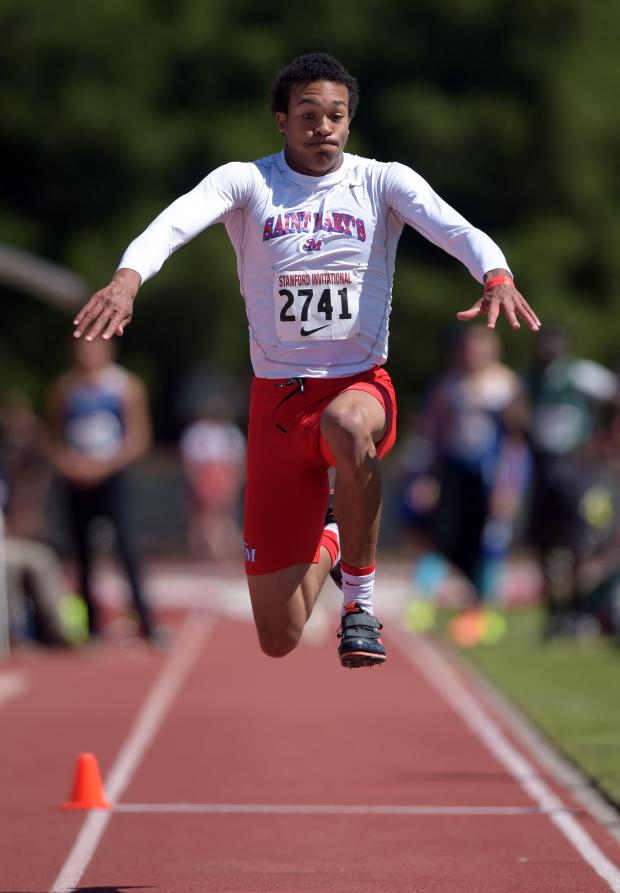 The boys triple jump made an appearance in 1939 and returned for good in 1973. Since 1973, the winning jumper has always surpassed the 49 foot mark for his winning effort. Looking at the entrants in this field, there are four jumpers who have surpassed that mark. The favorite at this point in Central Section champion Seth Brooks of Kingsburg who recorded his personal best mark at his section meet. NCS MOC champion Ron Smith of St. Mary's Berkeley has been the most consistent jumper and will try to make it 3 years in a row for a NCS victory in this event. CJ Alumbres of Vista Murrieta won the SS Masters meet at 48'00.5" and will be expected to score high to contribute to VM's chase for the team championship. The wild card in the field is Drew Xandrine-Anderson of Stuart Hall who jumped 49'1.75" at the NCS Class A meet but will need a rebound effort after a less than best effort at the NCS MOC meet.