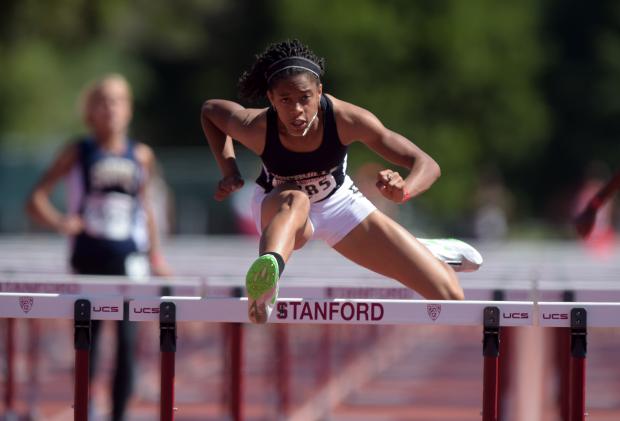 Vacaville HS broke the National 400 Shuttle Hurdles Relay record at the 2014 Arcadia Invitational. To say they were loaded in the hurdle department is a major understatement. Jurnee Woodward was a freshman member of that team last year but has now blossomed into one of the top hurdlers in the state. Her winning time at last Friday's SJS Masters meet leads all CA hurdlers and is #2 in the nation. Both Morganne Hill of Liberty and Jasmyne Graham of E. Roosevelt also led the CA contingent at one point in the season and will both look to reclaim the lead this weekend. 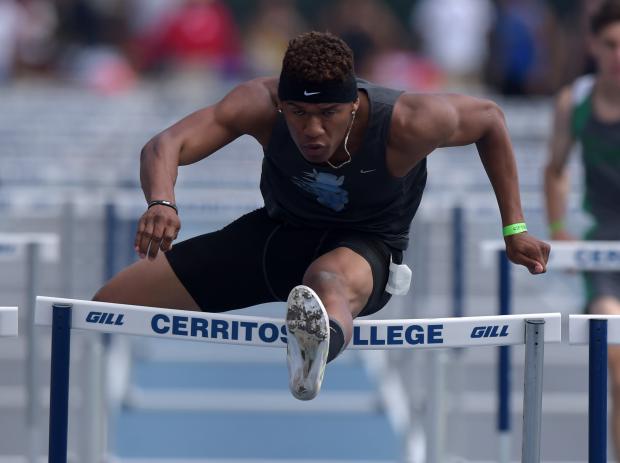 Justin Collins of Carson has recorded the fastest time in CA and won the LA section finishing just ahead of Justin Alexander of Crenshaw. He is the only CA long hurdler to dip under 37 seconds and will be the favorite here. SS Masters champion Connor Meech of San Juan Hills seems to be peaking at the right time and ran a personal best 37.00 in the previous race. From the north, Jonathan Harvey of De La Salle is also running his best when it counts taking the NCS MOC title in 37.74 and goes to the same school as last year's champion, Marquis Morris.