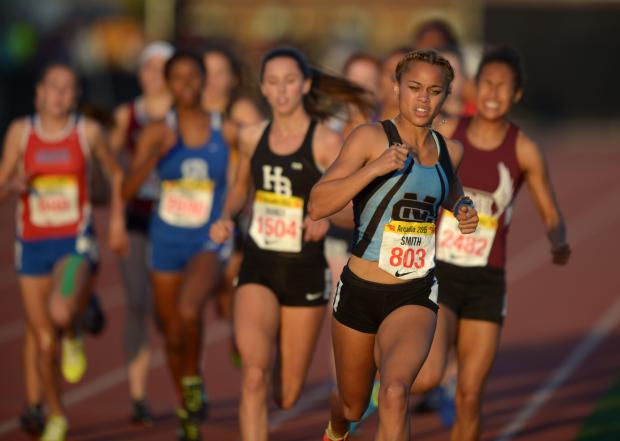 If you are looking for an event with one of the biggest favorites to win a state title, then look no further than the girls 800 meters. Mikaela Smith of Clovis North is the two-time defending state champion and this past fall ran cross country for the first time. With a 3rd victory this weekend, Smith will become the 4th CA girl to win at least 3 consecutive state titles along with Ann Regan of Camden, San Jose, Lindsay Hyatt of Placer (4-time state champion) and Amy Weissenbach of Harvard-Westlake. It will not be easy for Smith with 17 entrants who ran faster than 2:12 at their section finals but Smith has proven to be a tough competitor who can win races in many different ways. Her two main competitors will come SDS champion Nia Akins of Rancho Bernardo and section rival Hannah Benoit of host Buchanan. 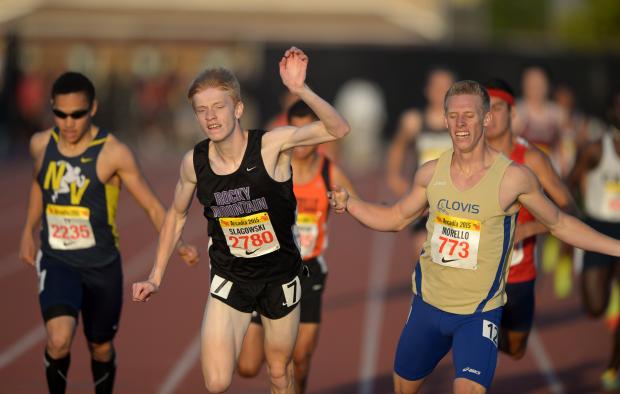 Just as in the girls 800 race, the favorite(s) on the boys side will also come from the Central Section. Isaac Trevino of Centennial edged Connor Morello of Clovis by one-thousandth of a second as they both recorded 1:51.39 for their official time. Both are quite familiar with the site and state meet format with Morellow finishing 2nd at last year's state meet final followed by Trevino in 5th place. The leading contenders from the south will include SS Masters champion Thomas Heib of Los Alamitos who won in a season best 1:51.49. The runner to watch may be Isaac Cortes of Great Oak who finished in 3rd last Friday behind Heib and Cobie Chavez of Temescal Canyon but was doubling back after the 1600. He will be focusing on the 800 here and with 4:08.92 mile strength could score the win. Another wildcard may come from the Sac-Joaquin Section in the form of Roseville senior, Arturo Sotomayer. He has faced some of the best 800 runners in the nation and does have a 1:51.54 PR from this year's Mt. SAC Invite.