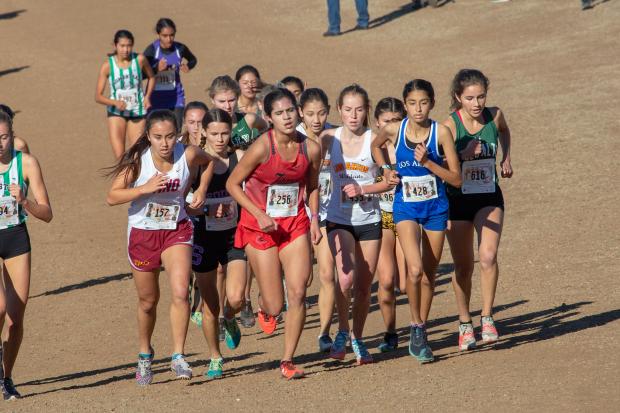 Just like every other section in California, the upcoming XC season for Central Coast Section athletes and teams will certainly be quite unique. The 2020 XC season took place in the spring right before Track and Field without a section final. Highly unusual indeed! We will now hopefully get to see a full allotment of races as well as an opportunity for section athletes to prove themselves against the best in the state in November. Below you can check out the top returning athletes as well as some of the top teams. The last official season for CCS was 2019 and the results at the section final was dominant victories in every division. The Palo Alto girls easily outdistanced the Division I field and finished an impressive 8th in the toughest division in California at the state meet.

The St. Francis, Mt. View girls recorded one of the best seasons in section history as they stormed to WCAL and section titles. At the state meet, the Lancers finished in 2nd place behind one of the top teams in the nation Newbury Park. This past spring, they won the Track and Field title and should be one of the favorites to win this division.

The St. Ignatius girls outdistanced their league rival Sacred Heart Cathedral in the closest score in any of the divisions. The two WCAL schools should contend once again but watch out for three teams that have been historically in Division IV, Soquel, Santa Cruz and Half Moon Bay.

Division IV had the Menlo girls rolling to their 2nd straight section title and at the state meet, the Knights won their first state meet trophy with a 2nd place finish. This fall, Scotts Valley may have the best duo up front with the Boothy sisters and may be the favorites to win the team title.

The Castilleja girls won the Division V section title and finished 5th at the state meet. They return the majority of the team and should battle with the Nueva girls for the section title.